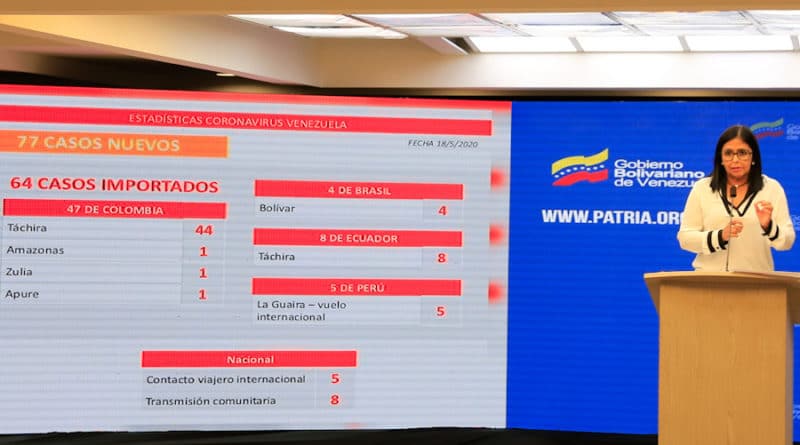 Venezuela confirms 77 new cases of Covid-19 coronavirus for a 618 total, Vice President Delcy Rodríguez reported Monday. Of these, 64 are from Venezuelan migrants returning to Venezuela from South American countries, representing 83% of the total. Rodríguez stressed that these are people who return and were denied the right to free healthcare in those countries. “They are also persecuted for being Venezuelans in countries that are a locus of contagion, which has meant an increased rate of infection,” she said.

After finishing the permanent meeting of the Presidential Commission against Covid 19 in Miraflores Palace, Delcy Rodríguez analyzed the imported cases who are returning to Venezuela from Ecuador, Colombia, Brazil, Chile and Peru.

Of the 64 people who came to Venezuela infected, 47 came from Colombia, 4 from Brazil, 8 from Ecuador and 5 from Peru. “So far, 41,933 Venezuelans have returned to the country. Among them, 220 positive cases have been detected.” The epidemiological cordon is being strengthened to guarantee the mandatory quarantine for all those who are coming back to Venezuela.

RELATED CONTENT: Guaido’s Strategist (Juan Rendon) Received 300 Million from DEA to Pay the Mercenaries But Only Paid Out 50 Thousand

She reported that a curfew has been decreed in the Páez municipality of the Apure state from 4 in the afternoon until 10 in the morning the following day, on instructions of President Nicolás Maduro, with the aim of avoiding an exponential chain of contagion in the area.

In addition, it was decided that, at all border check points, when a person enters the country they must remain there, in mandatory quarantine for two weeks, without being transferred to their receiving states until their quarrantine ends. There will be permanent communication with the governors of all the entities of these border check points, so that these measures are rigorously respected.

She gave details of the 8 cases of community contagion: 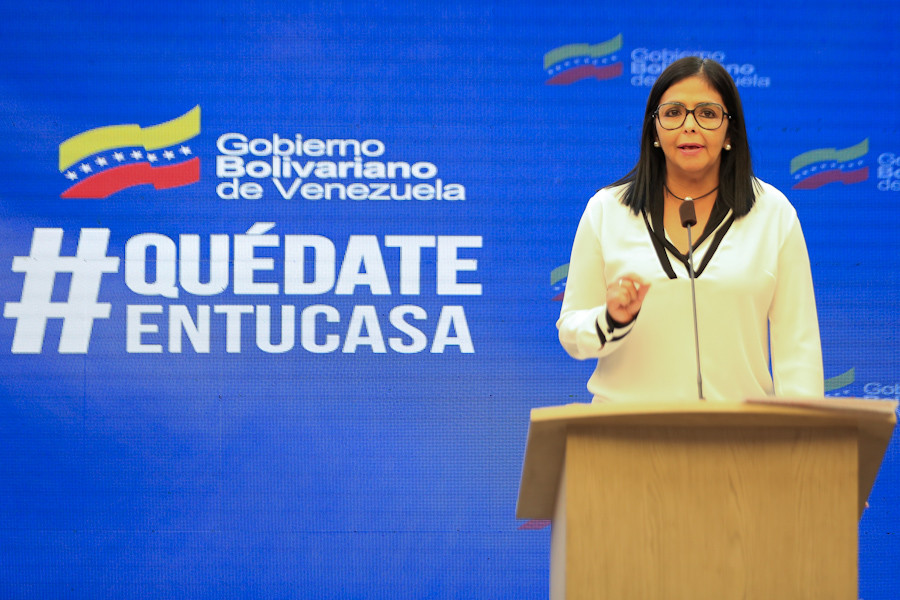 She also gave details on the five new cases are from international contact:

To date, the country has 618 cases in total, 355 active cases and 253 people who have recovered their health. Of the active cases, 144 are cared for in sentinel hospitals, 196 in Comprehensive Diagnostic Centers, 15 in private clinics and the number of deceased remains at ten, since last April 19.

The executive vice president once again warned about the need to wear a mask to definitively stop infections.