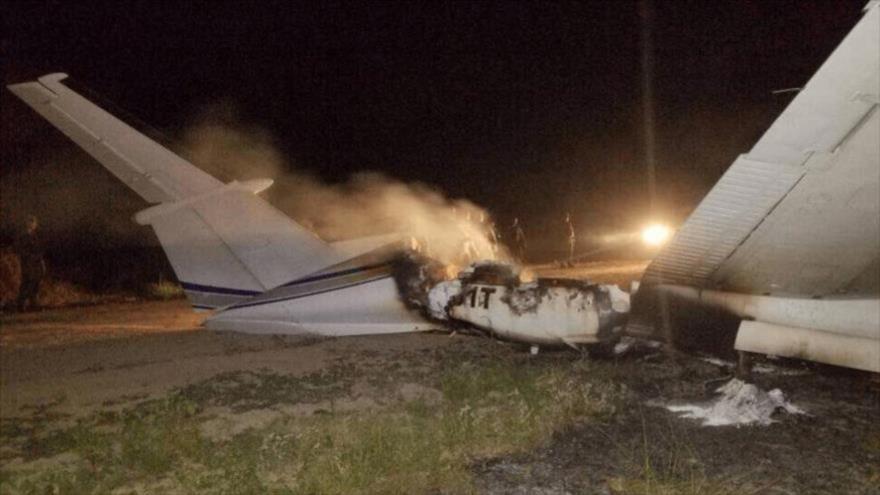 The Bolivarian National Armed Force (FANB) of Venezuela has reported the retention of a foreign aircraft, allegedly belonging to drug traffickers, in the western state of Zulia.

Through a message published on his Twitter account, General Domingo Hernández, head of the Strategic Operational Command of the Bolivarian National Armed Force (CEOFANB), announced on Tuesday, April 12, that FANB personnel in Zulia state shot down and captured a foreign aircraft linked to drug trafficking.

“The comprehensive aerospace defense exploration system detected a plane entering Venezuelan airspace without authorization and without an identification code,” explained Hernández. “The aircraft did not respond according to protocols and was neutralized when landing on a clandestine runway [in] Semprún municipality of Zulia state.”

According to the Venezuelan military high command, this is the third aircraft linked to drug trafficking that has been neutralized in Venezuelan territory by the FANB.

A few days ago, on April 8, FANB intercepted another unidentified plane flying into Venezuelan territory which had no Regional Flight Information (FIR) permission to do so. This aircraft too was linked to drug trafficking.

The Venezuelan government has implemented a series of measures to deal with illicit aircrafts used for drug trafficking which normally enter from Colombia. According to official reports, 52 such drug planes were neutralized in 2021.

Venezuelan President Nicolás Maduro has repeatedly denounced such attacks coming from Colombian terrorist and narco-trafficking groups (TANCOL), each of which is composed of up to 100 terrorists trained and financed in Colombia. Such groups are trying to traffic cocaine and launch attacks against military, police, and political targets in neighboring countries. Venezuela, in particular, is being targeted with the aim of overthrowing its Chavista government.