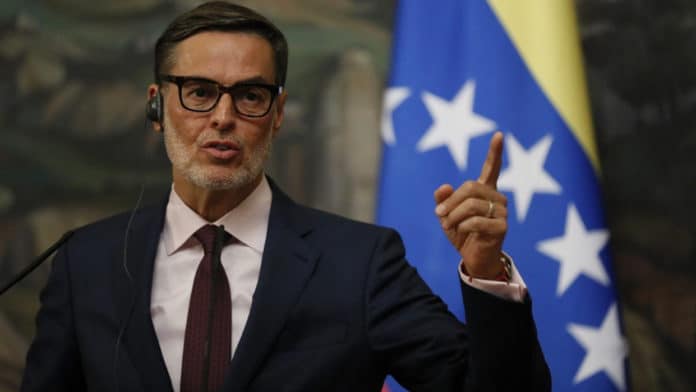 The Foreign Affairs Minister of Venezuela, Félix Plasencia, stated that countries that still insist on not recognizing the legitimacy of the government of Venezuela are walking a “failed path.”

On Tuesday, April 12, during his participation in the International Summit against Fascism that is going on in Venezuela, Plasencia explained that in the United Nations (UN) there exists a committee that analyzes the legitimacy of a given government and evaluates the practices undertaken by that government to assert UN norms, and only a handful of countries in that committee still ignore the legitimacy of the government of President Nicolás Maduro.

Minister Plasencia invited all those countries that voted against the government of Venezuela to reconsider their position regarding the democratic system in Venezuela, which is based on dialogue and coexistence with all political sectors.

“This is a blunt and resounding failure,” he stated. “I invite all those countries to reconsider and observe the functionality of the democratic praxis in Venezuela.”

He also stressed the importance of a national dialogue among various sectors and the commitment of the Bolivarian government to negotiations, despite the destabilizing attempts from the right wing and the West.

“We have a permanent commitment to holding a dialogue,” emphasized Minister Plasencia. “President Nicolás Maduro has said it several times—we are open to a permanent dialogue between the Bolivarian Republic of Venezuela and the United States.”

RELATED CONTENT: 20 Years Since Coup Against Chávez in Venezuela—a ‘Trial’ that Served to Overthrow Governments in Other Countries

He stressed that the calls for dialogue have always been present in the Bolivarian Revolution, as was evidenced at the moment when, after the coup d’état in 2002, Commander Hugo Chávez invited all factions in Venezuela to participate in a national dialogue.

Regarding the sanctions and the coercive measures imposed on Venezuela, Plasencia stressed that, despite the attacks, “we have resisted.”

“The battle is, once more, one of the legitimacy of the people and their support for the head of government, Nicolás Maduro,” he stated. “Those coercive measures have failed.”