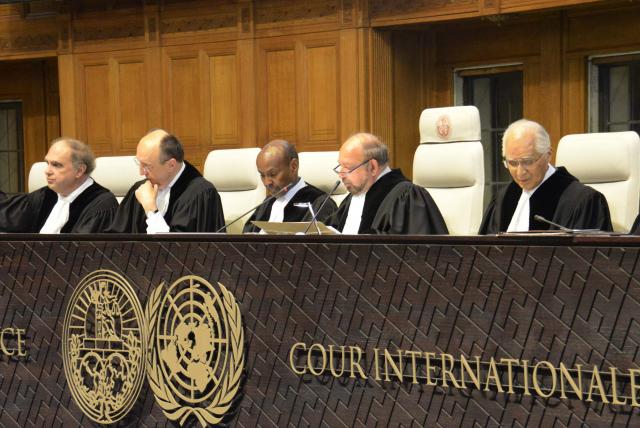 The Attorney General of Venezuela, Tarek William Saab, regretted the absence of communication from the International Criminal Court (ICC) in response to reports sent by the Public Prosecutor’s Office, in which the office detailed progress made in legislative matters, and institutional adjustments that Venezuela has implemented following ICC recommendations.

“We emphasize once again that the Venezuelan state works completely blindfolded in its submission of information to the ICC Prosecutor’s Office, since it has not received official notification from this body regarding the facts that are under investigation,” he said. Saab recalled that “we established a verbal and written position on the case of Venezuela” with the organization.

He recalled that the new report sent elaborates on changes made to the Bolivarian National Intelligence Service (SEBIN) and the General Directorate of National Counterintelligence (DGCIM) “regarding a new head ministry in charge of said services, and their restructuring.”

“In this last document, we have presented an update of the cases for which information has already been provided in the previous reports,” he pointed out.

Saab thanked the Venezuelan diplomatic mission in Geneva for its support, and advocated continuing under this same scheme with Gladys Gutiérrez, who was recently appointed as the new head of this diplomatic headquarters.

The comments were made in relation to the case Venezuela 1, filed by several countries belonging to the Lima Group, accusing Venezuela of human rights violations. The countries in question are Colombia, Chile, Paraguay, Peru, Argentina and Canada—many of them with a terrible record in the human rights field—likely following instructions given to them by Washington.