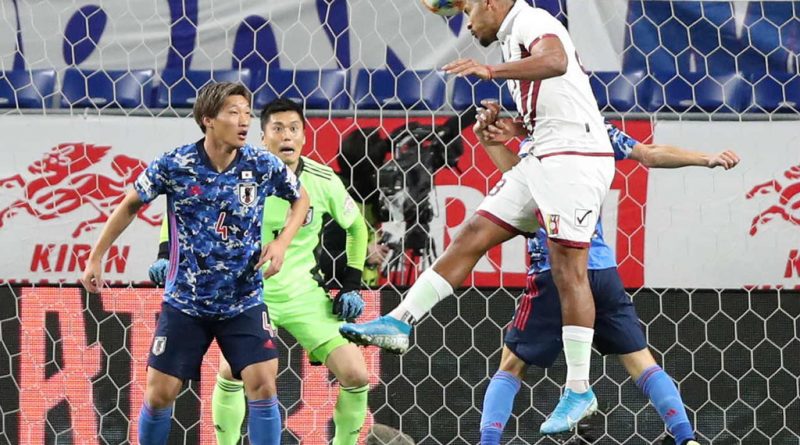 With a triplet by José Salomón Rondón and a goal by Yeferson Soteldo, the Venezuelan National Soccer Team defeated Japan’s team 4-1 in the last friendly match for the Qatar 2020 qualifiers.

The win started in minute 8, when “Salo” scored the first goal, then moved on to a string of goals in the next 30′ and 33 ‘minutes.

In the 38th minute, the play went to Soteldo, leaving Japan scoreless until the second half, when Hotaru Yamaguchi of the Japanese team scored in the 70th minute. The second goal was at 30 minutes with a pass from Darwin Machís and the third only took two more minutes when he took advantage of a nearby rebound. Thus the Chinese Super League striker reached thirty goals with the national team.

Yeferson Soteldo partnered with Machís and sentenced the first half with the fourth goal at minute 38.

It is the best match of Venezuela on offense since the triumph against Argentina in Madrid, they refer specialized media, in addition to being the first time that Vinotinto beats Japan.

The last time both sides saw each other’s faces the final score was a 1-1 draw on November 16, 2018, at the Bank Dome Stadium in Oita. Hiroki Sakai did both Japan and Tomás Rincón matched from the penalty spot, in compromise in which the Creoles dominated in the second half of the game and took the gratitude of a hobby that knew how to appreciate the results of a good offensive for the final whistle .