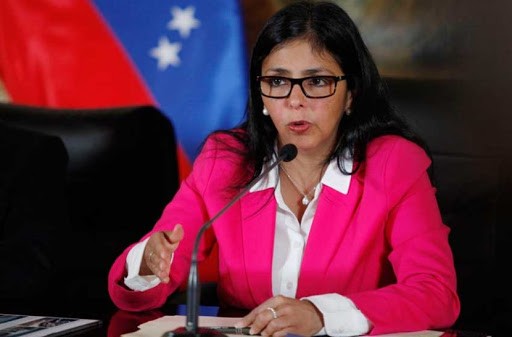 The Executive Vice President of the Bolivarian Republic of Venezuela, Delcy Rodríguez, disparaged the new aggressions of the US imperial regime against Venezuelans, and said that these “cowboys” of the north will be confronted by the people of Bolivar in civic-military unity.

“The cowboys of the North take off their masks and attack all the people of Venezuela! They must know in their vast ignorance that the Venezuelan people have never surrendered to barbarians and savages. A united Venezuela will face these attacks by Donald Trump” wrote @DrodriguezVen on her twitter account.

Along with her tweet, she attached the position of Foreign Minister Jorge Arreaza, who in his account @jaarreaza described the US announcement as “diplomacy of the absurd” to sanction aircraft of the state airline Conviasa, as if this would only harm the Executive or representatives of the Venezuelan State.

“They intend to harm thousands of users. Their “sanctions” already affect millions of Venezuelans. Nothing they do will distort the dignity of a free people. @Secpompeo: go back to the real diplomacy, if you don’t want to continue being ridiculous,”Arreaza told the White House official who made the announcement last friday.