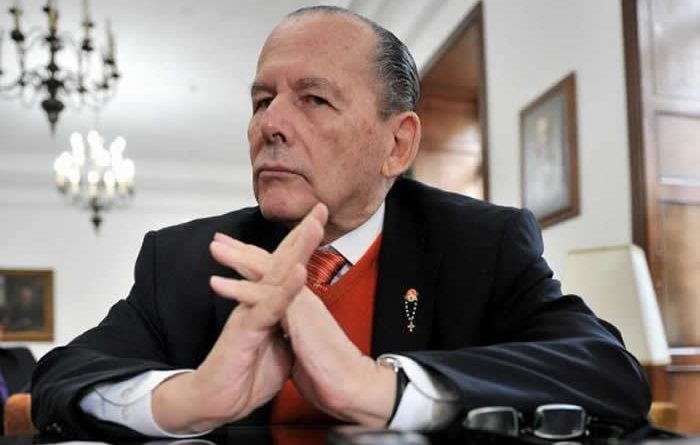 Roberto Gerlein, a former Colombian senator from the Conservative Party, admitted in a radio interview that all over Colombia it is customary to buy votes in exchange for money, government positions and favors.

The revelation was made this Friday when he was interviewed by journalist Vicky Ávila on the radio station W Radio, where he confirmed as true what was denounced by the senator and former presidential candidate, Gustavo Petro, about the purchase of votes on the Atlantic coast.

“That is an inveterate, pernicious, a little immoral custom, but that is traditional, but not only in the Department of the Atlantic, in Barranquilla or in the towns of the Atlantic (…) that electoral mechanism has been extended, unfortunately, all over the country, in Bogotá they buy votes, in Medellín they buy votes,” said the former governor of the Atlantic.

Roberto Gerlein who was also Minister of Economic Development, said that although it is typified in the Criminal Code “the political fact, the electoral fact is that they buy the votes with organizations dedicated to that end.”

He said that voters receive an economic “dressing” of public positions, scholarships, favors, with the purpose of promoting a person’s candidacy for Congress or another instance of political power.

Roberto Gerlein is the brother of Julio Gerlein, who was also a financier of his electoral campaigns and had a sentimental relationship with Aida Merlano, the Colombian ex-senator recently captured in Venezuela after escaping from her custodians in Colombia, where she was serving a sentence of 15 years for allegedly committing this electoral crime.

In a special hearing before the Venezuelan Courthouse, Merlano mentioned in her testimony Julio Gerlein and the Álex and Arturo Char brothers as practitioners of buying votes on the Caribbean coast of Colombia.

“They are the largest contractors in the State and top presidential campaign financiers in recent years, for 20 years, since before the Uribe Vélez campaign. I witnessed the large sums of money invested in those campaigns,” she testified at the Palace of Justice in Caracas.

In the past Gerlein was a financial support for Merlano and her family, helping finance her campaign when she aspired to reach the Atlantic Assembly in 2011 and later, to the House of Representatives, an early political career since the age of 16 in Barranquilla

In her testimony, she accused businessman Gerlein of preparing her escape in order to kidnap her and then kill her, a plan known to the president of Colombia, Iván Duque.