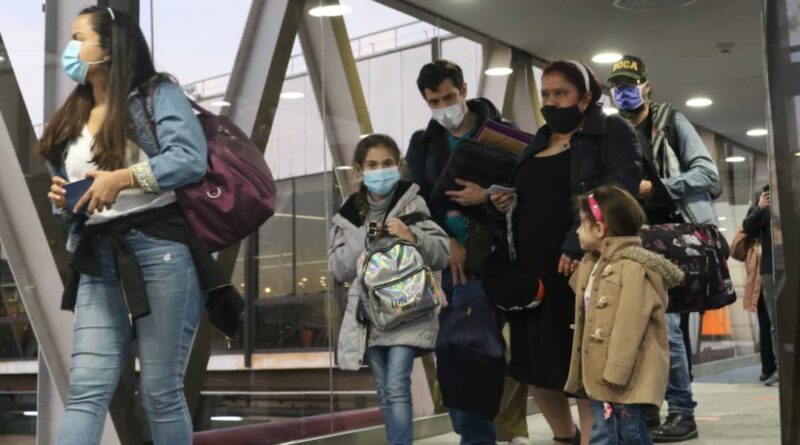 The Vuelta a la Patria program opened 2021 with its first flight loaded with fellow Venezuelans from the Argentine Republic. Complying with all biosafety measures, passengers arrived this Sunday at the Maiquetía International Airport, in La Guaira state, where many of them were received by their family and friends.

In a post on its Twitter account the Venezuelan Foreign Ministry reported that “124 compatriots who were in the Republic of Argentina returned home this #3Jan on the first day of the #PlanVueltaALaPatria of 2021, complying with biosafety measures and happy to reunite with their relatives.”

The Bolivarian Government supports the repatriation plan—free of charge—for Venezuelan citizens from various countries in the world to which many had gone looking for better luck, but only finding discrimination, racism and xenophobia. As a result this program was activated, seeking to restore dignity to those who wish to return.

The government has also returned 143 compatriots from Uruguay, 119 from Mexico, eight from Martinique, six from Bonaire, 404 from Italy, 329 from Spain, 37 from Belarus, and 38 from Trinidad and Tobago.

With this flight from Argentina on Sunday, the Venezuelan Foreign Ministry announces the resumption of a social program that has restored thousands of sons and daughters of Venezuela back to their homes.