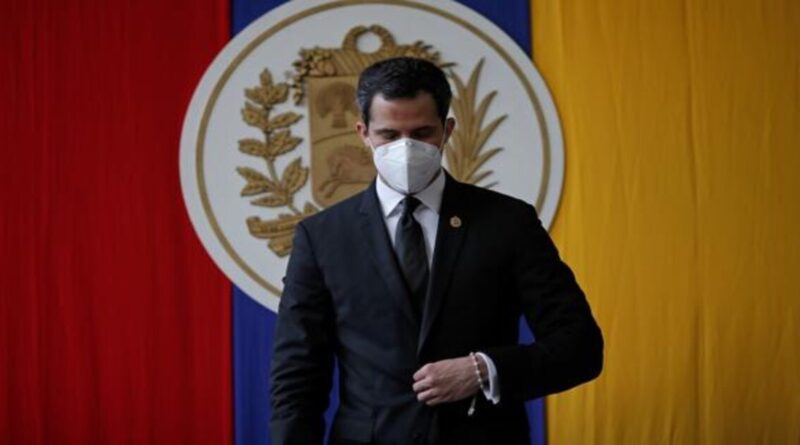 The reign of the fictitious presidency of Juan Guaidó is crumbling. Even large communication corporations such as The Washington Post are now reporting acts of corruption that involve the fake administration. On this occasion, the protagonists of the plot are the businessmen Fernando Blasi and Javier Troconis.

The aforementioned US outlet published an extensive report on the revelations offered by fellow businessmen Jorge Reyes and Pedro Antar, who provided information on irregularities involving resources of approximately $40 billion that implicate Blasi and Troconis.

It is worth remembering that Troconis was appointed on August 28, 2019 by Guaidó as Presidential Commissioner for Asset Management and Recovery, and as part of the board of directors of CITGO Holding Inc by the National Assembly on February 13, 2019.

Guaidó was in trouble and showed interest in businessmen’s plans

The plot unfolded—according to the media outlet—when Guaidó found himself short on cash, since he was urged to show that he had the international power to end Maduro’s government.

Both businessmen presented a proposal to Guaidó to provide what he needed, and explained to him the location of $40 billion in assets of the Venezuelan Administration in the Caribbean, among which were shares of companies, cars and luxury houses, and related uncollected PDVSA debts.

According to Reyes, the self-proclaimed “interim president” contacted Blasi and Troconis in April 2019, and expressed his interest in the plan. Next, a series of meetings were held with important members of the opposition sector and allies of Guaidó.

“But during a December 2019 meeting in the Miami suburb of Doral, Reyes said that he and Antar received a handwritten letter, and a photograph of which was delivered to the US media, with a list of what he described as “shocking lawsuits,” The Washington Post was quoted as saying.

The so-called “shocking lawsuits” contained the previous payment of $750,000 to a consortium located in Florida, whose co-owner is Magin Blasi, the brother of a high official of the “embassy” of Guaidó in the US. “That company would also become their partner, the letter stipulated, sharing the 18 percent commission that the men had negotiated with Guaidó officials,” Washington Post reported.

The research published by Washington Post was based on more than 20 interviews and analysis of documents such as contracts, which revealed many agreements, directly linking Troconis, that requested “large and unusual payments,” according to members of the Venezuelan opposition.

“I was astonished,” Reyes said. “I asked myself, ‘Does President Guaidó know about this?’ I mean, these guys were clearly trying to do something illegal. You can’t even talk about something like this on U.S. soil. It was extortion… Either pay, or we didn’t get the contract.”

The corruption plot explodes, allies demand inquiries, “there is no evidence”

Reyes and Antar’s allegations were disseminated by the Factores de Poder media outlets—led by the Miami based Venezuelan right-wing journalist Patricia Poleo—which resulted in the reaction of Guaidó, who through a letter of September 2020 rejected them as unjustified.

However, some of their “officials” forced them to carry out inquiries by deputies.

It was learned that, in a preliminary report, the committee raised questions regarding “administrative irregularities” in Troconis’ alliances with Reyes and Antar, allegedly not finding evidence of corruption, according to information offered by a source linked to the investigation.

On September 17, the Attorney General of Venezuela, Tarek William Saab reported that the 67th National Prosecutor’s Office was appointed to investigate complaints after the revelation of the journalist Poleo, which demonstrated a new plan by the United States and Guaidó to steal assets from Venezuela in the Caribbean.