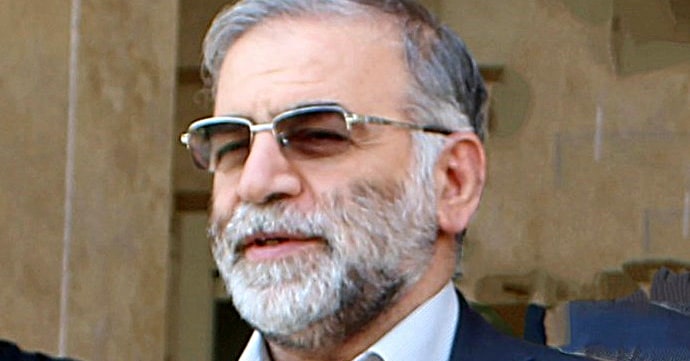 If an empire or one of its proxies were to assassinate a citizen of an official enemy state, what kind of pretexts would one expect their propagandists to come up with to justify the murder? It’s a useful thought experiment when examining how corporate media covered the assassination of Iranian nuclear scientist Mohsen Fakhrizadeh, evidently by Israeli forces, on November 27.

Judging by how corporate media covered the US’s assassination of Iranian Gen. Qassem Soleimani earlier this year (FAIR.org, 1/9/20), one would expect US journalists to portray Fakhrizadeh as some kind of nebulous “national security threat,” even if there is little evidence to support that accusation. Corporate media in January laundered Trump administration talking points of Soleimani “actively planning” several “imminent attacks” across the Middle East when he was killed, though it was later revealed that he had actually been traveling to attend regional peace talks with Saudi Arabia in Iraq (Grayzone, 1/6/20).

Although Iran’s account of how Fakhrizadeh was killed has changed significantly since the assassination—first reporting an ambush and gunfight between Fakhrizadeh’s bodyguards and several gunmen, to Iran now accusing Israel of using a “remote-controlled weapon” to carry out the killing—what hasn’t changed is multiple Western media covering the event in the context of Iran’s nonexistent “nuclear weapons program.”

Western corporate media contradict each other, with some claiming Fakhrizadeh had participated in a now-defunct Iranian weapons program, while others suggest that a covert program to develop nuclear weapons is still ongoing. Some reports acknowledged that existence of an Iranian nuclear weapons program, present or past, is only an allegation from US/Israeli intelligence agencies, while others treated those allegations as factual.

once regarded as the architect of Iran’s disbanded effort to build a nuclear weapon nearly two decades ago, he played a far less prominent role in Iran’s current programs involving reactors and uranium enrichment.

NPR (11/27/20) went further, describing Fakhrizadeh as “a top Iranian scientist believed to be responsible for developing the country’s military nuclear program”—with no qualification as to when that program was supposed to have taken place. Business Insider (11/27/20) described Fakhrizadeh as the “father of Iran’s modern nuclear program and suspected of overseeing aspects of the country’s nuclear weapons research,” while New York magazine (11/27/20) described him as the “father” of Iran’s “nuclear weapons program.” USA Today (11/27/20) made Fakhrizadeh sound like a supervillain, characterizing him as an “Iranian scientist whom Israel credited with masterminding the Islamic Republic’s now-defunct covert military nuclear program.”

Iran’s top nuclear scientist, long identified by American and Israeli intelligence as the guiding figure behind a covert effort to design an atomic warhead, was shot and killed Friday in what the Iranian media called a roadside ambush as he and his bodyguards traveled outside Tehran.

For two decades, the scientist, Mohsen Fakhrizadeh, was the driving force behind what American and Israeli officials describe as Iran’s secretive nuclear weapons program. His work continued after Iran’s push to develop a bomb was formally disbanded in 2003, according to American intelligence assessments and Iranian nuclear documents stolen by Israel nearly three years ago.

It would be very easy to disprove longstanding and baseless corporate media speculations  (e.g., Wall Street Journal, 8/30/12; New York Times, 6/24/14; Los Angeles Times, 11/27/20; see FAIR.org, 10/7/09, 11/16/11, 9/10/13, 9/24/13, 1/15/14) of Fakhrizadeh being some kind of Robert Oppenheimer–like figure leading an ongoing Iranian Manhattan Project. One can simply point out that there is no credible evidence of Iran now having a nuclear weapons program. Iran’s civilian nuclear energy program is one of the most rigorously monitored on Earth, and the International Atomic Energy Agency (IAEA) has confirmed that Iran has been complying with the Joint Comprehensive Plan of Action (JCPOA) signed in 2015, both before and after the Trump administration reneged on the agreement (FAIR.org, 6/21/19). So it would be very easy to know if Fakhrizadeh had been “covertly” working on developing nuclear weapons for Iran at the time of his death.

Iran has been a leading figure in advocating a Nuclear Weapons-Free Zone (NWFZ) in the Middle East since it first proposed one in 1974, while Israel has made illegal threats to attack Iranian nuclear facilities and rejected the Nonproliferation Treaty that Iran is a member of. After the JCPOA was passed in 2015, Iranian Foreign Minister Javad Zarif criticized it for not establishing a NWFZ in the Middle East, which would require Israel to get rid of its nuclear weapons stockpile (Guardian, 7/31/15). Though some point to Iran’s ballistic missiles (which are not forbidden under international law) as evidence of intent to build nuclear weapons, such weapons serve as Iran’s only viable conventional deterrent, since Iran’s air force is mostly filled with antiquated aircraft that can’t operate very far outside the nation’s airspace, and long incapable of serious retaliation against attacks (Forbes, 6/28/20).

Whatever one may think of Iran’s theocratic system, investigative journalist Gareth Porter (Foreign Policy, 10/16/14) noted that former Supreme Leader Ayatollah Ruhollah Khomeini had issued a fatwa (a binding ruling on Islamic jurisprudence that possesses a legal status above mere legislation) against building any kind of weapons of mass destruction while Iran was being attacked with chemical WMDs by then-US ally Saddam Hussein in the 1980s. This fatwa of WMDs being haram (or “forbidden”) under Islam was later expanded upon and reiterated by Khomeini’s successor, Ayatollah Ali Khamenei, further institutionalizing the doctrine that building WMDs of any kind, even for credible self-defense purposes, is contrary to Islamic principles (Lobelog, 12/10/13).

Even if it were true that Fakhrizadeh played a leading role in a now-defunct nuclear weapons program that hasn’t been active for 17 years, that would be irrelevant to any understanding of Iran’s current nuclear capacities, and no kind of justification for his murder, as another Washington Post article (11/27/20) acknowledged:

While Fakhrizadeh had been a key figure in Iran’s bomb program, “that work is all in the past, and there is no reason to expect that if Fakhrizadeh is gone it would have any effect on Iran’s current nuclear program,” said Paul Pillar, a 28-year veteran of the CIA and a senior fellow at Georgetown University’s Center for Security Studies.

Fakhrizadeh was widely regarded as the brains behind Iran’s nuclear program, including Tehran’s clandestine efforts to develop a nuclear bomb in the early 2000s. The physics professor, believed to be about 60 years old, has been identified by intelligence officials as the head of the Amad Plan, the secret nuclear weapons research program that sought to develop as many as six nuclear bombs before Iranian leaders ordered a halt to the program in 2003.

However, we know that even those accusations that Fakhrizadeh took part in a now-defunct weapons program are largely based on fabricated evidence. Gareth Porter (Consortium News, 5/13/18) decisively showed that the supposed documents that were “stolen” from Iran by Israeli intelligence agency Mossad in 2018, which “proved” the existence of a secret “Amad Plan” that supposedly ended in 2003, were created by Mossad themselves. The same documents “stolen” in 2018 had been circulating since 2005, and the possibility that they were fabricated was raised at the time (Washington Post, 2/8/06). The alleged trove of secret files about an Iranian Manhattan Project simply doesn’t exist. This might explain why all the above reports never provide any actual source for their accusations, and merely assert that Fakhrizadeh participated in this secret program.

To be specific: Porter documented how the Bush administration had highlighted a set of 18 schematic drawings of the Shahab-3 missile’s reentry vehicle, or nosecone, in 2005. Each of these drawings included a round shape representing a nuclear weapon inside the reentry vehicle. These drawings were presented to foreign governments and the IAEA as 18 different attempts to integrate a nuclear weapon into the Shahab-3. Yet when Israeli Prime Minister Benjamin Netanyahu revealed one of those drawings for the first time to the public in a 2018 presentation, as “evidence” of Iran’s nuclear ambitions, he inadvertently exposed the documents as fraudulent, as that image showed the “dunce cap” reentry vehicle design of the original Shahab-3 missile, which had been tested from 1998 to 2000, and which intelligence analysts outside Iran had assumed prior to 2004 would continue to be the design that Iran would use in its ballistic missiles.

However, Porter noted, Iran had begun secretly redesigning the Shahab-3 with a “triconic” or “baby bottle” design bearing little resemblance to the one depicted in the drawings—along with very different flight capabilities—as early as 2000. (It later became known as the Ghadr-1 missile.) That major error demonstrated that the schematic drawings showing a nuclear weapon in a Shahab-3 reentry vehicle were fabricated. This might be why then–IAEA director Mohamed ElBaradei noted at the time that he couldn’t accuse Iran of pursuing nuclear weapons without the documents being authenticated, which never ended up happening (New York Times, 11/13/05).

The unauthenticated documents also came with contradictory origin stories. The Bush administration claimed these files came from a stolen Iranian laptop, but former German senior foreign official Karsten Voigt said that they were given to Germany by a member of the armed dissident group Mojahedin-e Khalq (MEK), which had fought Iran on behalf of Iraq in the 1980s, and is notorious for being used by Mossad to make information public that Israel didn’t want attributed to itself (Wall Street Journal, 11/22/04). Then Netanyahu gave his strange slideshow in 2018, recycling the fraudulent MEK/Israeli schematic drawings publicized in 2005, along with pages of Farsi-language documents known to have come from the MEK/Israeli cache of fabricated documents (New York Times, 5/1/18)—offering a far-fetched tale that these documents had recently been stolen from an abandoned warehouse in Iran.

So it turns out that Fakhrizadeh was assassinated under the pretext of having participated in a nuclear weapons program whose existence is alleged in documents likely fabricated by Mossad, the claims of which are now being propagated by US media to implicitly justify an act of state terrorism. Far from working on a secret nuclear weapons program to potentially cause mass death, the Iranian government has credited Fakhrizadeh for leading efforts to save lives by managing efforts to produce the first Covid-19 testing kits and the development of a coronavirus vaccine (International Business Times, 6/28/20).

No state has claimed responsibility for the act yet, but anonymous US officials and Iran believe that Israel is the culprit, given that Netanyahu has long identified Iran as an “existential threat” and Fakhrizadeh as national enemy No. 1 (New York Times, 11/28/20). Israel was already suspected of being behind the assassination of Iranian nuclear scientists from 2010 to 2012 (Guardian, 11/27/20). Even former CIA director John Brennan noted on Twitter (11/27/20) that the assassination is a straightforward act of “state-sponsored terrorism” and a “flagrant violation of international law,” without raising any issues with how the rest of US foreign policy might be characterized (FAIR.org, 2/13/20).

When looking at media coverage of the assassination of Mohsen Fakhrizadeh, it’s quite clear that US corporate journalists function exactly the way one would expect state propagandists would, implicitly smearing victims from official enemy states as somehow deserving of attack for “threatening” the “national security” of the US and its proxies in the region. It’s not enough for someone like Fakhrizadeh to merely be assassinated; his character must also be assassinated with fake connections to nonexistent Iranian “nuclear weapons” programs, in order to send the “chilling message” to other top scientists working on Iran’s civilian nuclear energy program that neither their lives nor their reputations are secure. 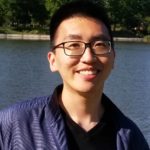