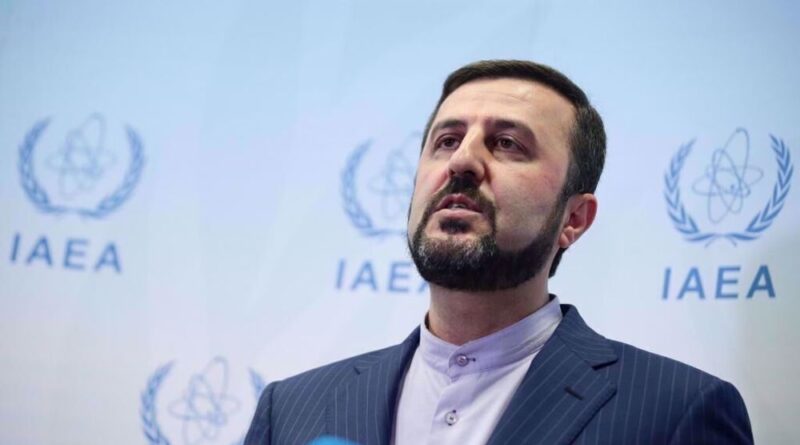 Foreign Minister Mohammad Javad Zarif reasserts Iran’s position that its 2015 nuclear deal with world powers is not open to renegotiation and that the US has to observe the agreement and the UN resolution that endorses it.

The deal “will never be renegotiated, period,” Zarif said on Thursday, addressing the 6th edition of the Rome Mediterranean Dialogues 2020.

Officially known as the Joint Comprehensive Plan of Action (JCPOA), the deal was made between the Islamic Republic and the P5+1 group of countries – the US, the UK, France, Russia, and China plus Germany – in Vienna in 2015. It put some restrictions on Iran’s nuclear energy program in exchange for sanction relief.

The United States, though, left the deal in 2018 under President Donald Trump, returned the sanctions, and threatened those who would not abide by the economic measures with “secondary sanctions.”

In committing the breaches against the historic deal, the Trump administration acted as a “rogue regime,” Zarif regretted.

He advised that the US end its “grave breach” of the JCPOA and UN Security Council Resolution 2231 that has endorsed the nuclear deal, because Washington “has walked out of the nuclear agreement, but did not walk out of the United Nations.”

Zarif said if the incoming administration of US President-elect Joe Biden continues to ask Iran to come and renegotiate the JCPOA, it would be walking in the same “rogue” steps as Trump’s team.

However, Washington “is not in a position to set conditions” for implementing its own commitments under the JCPOA and has to cease its violation of the international law, the Iran’s top diplomat asserted.

Iran proved its bona fides in 15 IAEA reports. The Biden admin must prove ITS by complying fully with UNSCR 2231 & ceasing Trump's #EconomicWar against Iranians.

At that time, Iran will reverse its remedial actions under #JCPOA.

He, therefore, reiterated that Tehran would not be negotiating something that has already been negotiated, adding that the deal’s original “give-and-take” raison d’etre has to be respected, instead of an attitude that is based on “one side asking and the other side giving.”

Zarif said if the West, namely the US and its allies in the deal, insisted on their continued violation of the JCPOA, Iran would have to act on a pending parliamentary measure that would restrict the UN nuclear agency’s access to the Islamic Republic’s nuclear facilities.

He was referring to a double-urgency draft bill that was recently approved in Majlis (Iranian Parliament). The measure has mandated the government to limit the UN nuclear watchdog’s regulatory access, and tasked it with empowering the Islamic Republic’s nuclear program further in retaliation for the Western non-commitment to the nuclear accord.

The Iranian foreign minister was also asked about conditions in Iran given the outbreak of the new coronavirus pandemic, in answer to which he described the situation facing the Islamic Republic as “pretty bad.”

He reminded that Iran has been hit by a third wave of infections, and its medical staff have been putting up with too much for too long.

The reason that the country has been overwhelmed by the virus to such an extent was that it is “suffering from something more than the rest of the world is,” he said. “And that is an economic war. This is way beyond restrictions,” the official noted, referring to the sanctions.

He also lamented that the US has, meanwhile, been preventing Iran from gaining access to billions of dollars in its overseas financial resources to buy vaccines.

Iran’s Health Ministry and its Central Bank have been trying to tap into the money, but “we haven’t had much success,” Zarif said, adding that if Washington chose to refute this “they’re simply lying.”

“And that, in every definition of the word, is a crime against humanity,” he remarked.

Zarif, meanwhile, identified Yemen as another country that has been hit hardest by the virus in the region.

The impoverished country is struggling with the outbreak while it is also experiencing the six straight year of a Saudi Arabia-led invasion and economic blockade. The combined Saudi-led measures that have been seeking to restore power to Yemen’s former Riyadh-allied officials have killed tens of thousands of Yemenis and devastated the country’s health system.

The Saudi-led invading coalition enjoys unstinting support from the US and its Western allies in terms of weapon supplies, political patronage, and logistical assistance.

Zarif said the same Western and regional officials, who have brought Iran under the economic “siege,” have also afflicted Yemen with its blockade, Zarif said.

Although Bolton is no longer serving in the position, Zarif said the architects of the draconian restrictions targeting Iran and Yemen were still “the same gang.”

The foreign minister also addressed the West’s insistence on talks about Iran’s missile program and regional influence. He said these issued were intentionally kept out of the talks leading to the conclusion of the JCPOA because “the other sides were not prepared to end their malign behavior in our region.”

As instances of the vicious Western actions targeting the Middle East region, including the Persian Gulf, Zarif cited its selling more arms to the region than any other part of the world, namely more than $100 billion worth of weapons, last year, its support for the war on Yemen, and its support for Israeli terrorism.

He reminded that the Israeli regime has been able to keep up its deadly aggressive actions thanks to the Western-sourced impunity.

The regime, he noted, has therefore carried on with annexation of Palestinian territories and assassinated yet another Iranian nuclear scientist as early as last week “without condemnation, without consequences.”

The nuclear physicist Mohsen Fakhrizadeh was assassinated in an attack near Tehran on Friday.

“When they are ready to deal with their own problems of their own malign behavior in the region, their malign support for a terrorist regime, then they can start talking about other things,” Zarif said.

However, “as long as they’re not able to put up, they have to shut up,” he concluded.