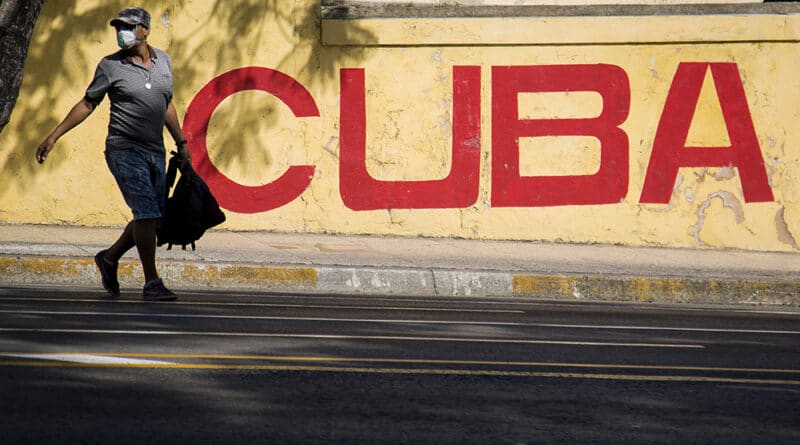 The Trump administration has once again placed Cuba on the spurious and manipulated list of “state sponsors of terrorism”, an unusual and cynical move.

Although he only has six days left in the White House, the New York magnate has not ceased his anti-Cuban obsession, encouraged by his Secretary of State Mike Pompeo (the former head of the CIA) and the anti-Cuban forces in Congress.

While he has not lifted a finger to resolutely tackle the violent resurgence of COVID-19 in the United States-with peaks of over 300,000 infected and over 4,000 deaths in one day-Trump has taken time to approve several punitive measures against Cuba in the scarcely 12 days that have elapsed since the first day of 2021.

Since June 2017, when he signed the new Presidential Directive for relations with Cuba at a political event in Miami, Trump has taken drastic action to restrict travel and remittances from the US to Cuba as much as possible, prevent fuel from reaching the Caribbean island, torpedo foreign investment and prosecute Cuban financial transactions.

More than 120 measures were adopted against Cuba between 2019 and 2020 (at a rate of one per week), with the aim of further tightening the criminal economic, commercial and financial blockade, which is causing severe hardship to the Cuban population.

On announcing Cuba’s re-inclusion on the unilateral Black List (from which President Barack Obama had withdrawn it from in 2015 in a clear act of political realism), Secretary of State Pompeo stated boldly: “With this measure we will once again hold the Cuban government accountable and send a clear message: the Castro regime must end its support for international terrorism and subversion of US justice”.

Who promotes international terrorism: Cuba, which has been the guarantor of the peace process in Colombia and is driving the global battle against nuclear weapons, or the US, which has supported the DAESH the Middle East and continues to cause death everywhere with its imperial wars? Who is the terrorist: the government that lets its citizens die from the coronavirus and is incapable of leading the global battle against the disease, or the small nation that has made an exemplary effort against the COVID-19 and has sent dozens of brigades with thousands of health professionals to many countries in the world? Who is promoting subversion: Cuba, which is planning a respectful relationship based on differences, or the United States, which each year allocates no less than 20 million dollars for anti-Cuban interference programs and tens of millions more to finance manipulative and seditious radio and television stations aimed specifically at Cuba?

There is no doubt that the step taken on Monday by the Trump administration is a crude political maneuver, aimed at torpedoing any attempt by the new US government to improve relations with Cuba. Many legal and political experts have openly questioned the decision.

This was the assessment of the respected Democratic Senator Patrick Leahy, the next pro tempore President of the Senate: “This blatantly politicized appointment makes a mockery of what had been an objective and credible way of measuring foreign governments’ active support for terrorism. There is nothing remotely similar here. In fact, domestic terrorism in the United States poses a far greater threat to Americans than Cuba. Secretary Pompeo has defended the worst failures of Donald Trump’s foreign policy, and as he walks out the door he seems determined to make things as difficult as possible for his successor”.

Far from looking for “terrorists” outside, the Trump White House had to deal with the growing domestic terrorism in its four-year mandate. Instead, what it did was to encourage it with its hateful, xenophobic, racist and exclusionist discourse.

In 2019 alone, hate crimes in the US grew at twice the rate of the previous year, especially those perpetrated by white supremacists (loyal fans of Trump), according to data recorded by the FBI. This is the highest recorded number of these hate crimes in more than a decade.

The violence on January 6 at Washington’s Capitol is the best testimony to Senator Leahy’s words. The main promoter of these acts of coercion and terror has a name: Donald Trump. What list will they put him on?

Randy Alonso is the director of the Cubadebate web site and is a host on the popular Cuban TV evening news program the Round Table.