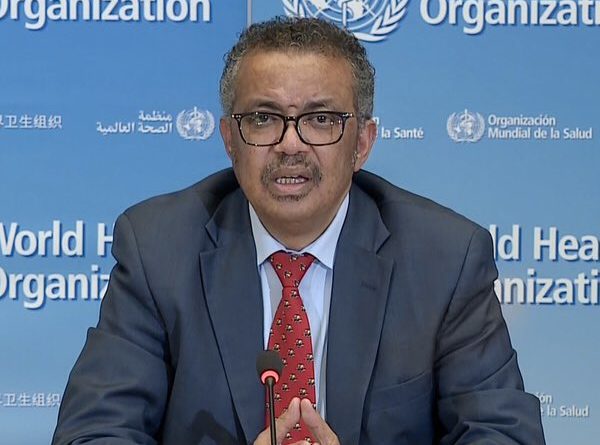 The director general of the World Health Organization (WHO) Tedros Adhanom Ghebreyesus asked that COVID-19 not be politicized and indicated that they have “done everything possible and we will continue working day and night to save lives,” after criticism from US president, Donald Trump.

The WHO defended itself after this Tuesday, April 7, when the North American magnate threatened to discard his economic contribution to this entity, since he considers the international body is too “China centric”.

In Trump’s opinion, the WHO did not anticipate [the pandemic] enough: “They could have said it months earlier. They should have known and they probably knew it.” [This was] in an evident attempt to attach his own mishandling of the Coronavirus catastrophe in the US to someone else.

During a press conference, Tedros Adhanom Ghebreyesus stated: “Do not politicize the virus,” regarding Trump’s criticism of the relationship between the organization and the Chinese Administration.

RELATED CONTENT: 90 Tons of Humanitarian Aid From Russia, WHO and UNICEF Arrived Today to Fight Covid-19

"When it’s personal, even death threats, I didn’t care. When as community, people start to insult us, that’s enough.”

The WHO’s Tedros Ghebreyesus says he has faced months of racist comments and death threats, but he only spoke out when the “whole black community was insulted”. pic.twitter.com/CyYYvbZ7yZ

He added: “Please unify at the national level, without using Covid to earn political points. Honest solidarity on a global level. And honest leadership from the United States and China.”

He also asked Washington and China “to join forces to fight this dangerous enemy.” “We should not waste time blaming others.” In previous days Trump pointed out that the WHO “seems to be very biased towards China (…) that is not right,” he said.

Adhanom Ghebreyesus also raised his voice against racist attacks and even death threats he has received for the last three months.

RELATED CONTENT: US Sanctions in a Time of Coronavirus are Morally Depraved as Well as Illegal Under International Law

This Wednesday, from the Miraflores Palace, President Nicolás Maduro also rejected the threats of his American counterpart, Donald Trump, against the director of the World Health Organization (WHO), Tedros Adhanom, whom he accused of being too “kind to China” and of issuing bad advice to stop the Covid-19 pandemic.

“Does that sound like a fair reaction to you? Venezuela rejects the US attack on the World Health Organization and its president, Tedros Adhanom Ghebreyesus,” said the head of state.

The President thanked the WHO for its support in combating the coronavirus pandemic and added: “Venezuela is in contact with the world, supported by the world. I want to thank the director of the WHO, and tell him that he has the full support of Venezuela. The WHO is ensuring the health of the entire world.”

At a press conference, WHO director Tedros Adhanom refuted Trump’s criticism and accused the American tycoon of using the pandemic as a political resource: “My short message is: put the politicization of Covid-19 in quarantine. The unity of your country will be very important to defeat this dangerous virus (…) please, do not politicize this virus. That exploits the differences that exist at the national level.”