The Venezuelan state television channel, Venezolana de Television (VTV), on Thursday denounced the cancellation of its three YouTube channels, simultaneously and without clear explanations about the reason for this action. “There we loaded not only the live broadcasts, but the complete programs,” the channel’s presenter, Barry Cartaya said. In total, more than 68,000 videos that had been there since 2011 were removed and are now not accsible. The television station opened a new channel while other options are studied. This occurs simultaneously with the elimination of the YouTube channels of the Cuban TS show “Mesa Redonda” and the television station Cubavisión Internacional.

According to a statement published by the VTV website this Friday, the action involved the elimination of YouTube and Google accounts used by the TV station for their regular operation, and “represents for the State channel a loss of years of work, with videos that collected the history of the action of the government of the Bolivarian Revolution and the informative history of the Venezuelan people.”

The text indicates that YouTube, a company owned by Google, “canceled the official accounts of Venezolana de Televisión (VTV) without prior notice and only by sending an email in which they alluded to having received a complaint without explaining the reasons and without referencing the policy violation.

The message received informed them that the Gmail account used to manage the account has been disabled, “and cannot be restored because it violates export laws. If you have questions, we recommend that you hire the services of a lawyer.” 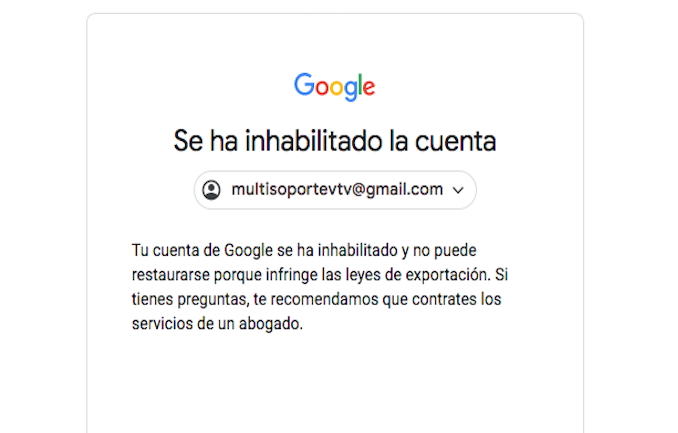 When reviewing the Google documentation, you can find pages that refer to problems with “export laws” refer to restrictions on “embargoed countries” which would imply that it is a measure due to the sanctions that the US government impose against Venezuela and Venezuelans, and that “forces” companies like Google to apply them against the Venezuelan people as a form of pressure to try to force the end of the government of Nicolás Maduro.

The fact that the three accounts were closed simultaneously, without specifying which conditions of service were violated or the violations allegedly committed, seems to support this theory.

RELATED CONTENT: Chancellor Arreaza: US Aggression Against Venezuela is an Hybrid War

These are screenshots from SocialBlade offering statistics from both channels.

VTV reported that it will appeal the decision to YouTube. At the moment, the journalist and university professor Angel W. Muñóz reported that VTV opened a new channel on YouTube: it can be accessed by clicking here .

Youtube is the world’s leading video service. It was founded in 2005 and then acquired in 2006 by the transnational Google. It is considered the second most popular website on the Internet.

The three strikes system was not respected 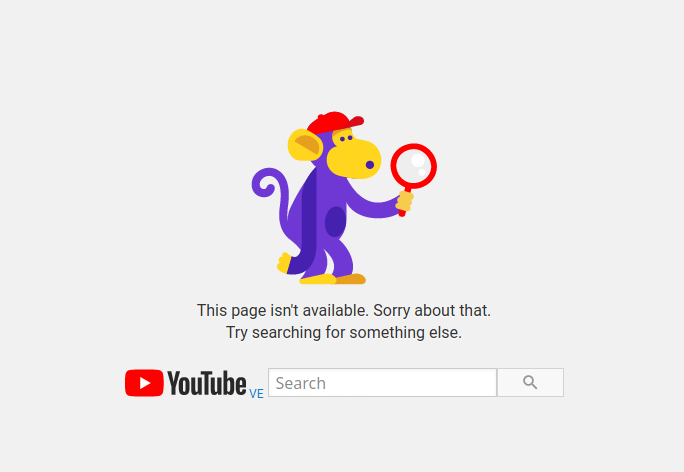 Although it is true that YouTube cancels or blocks those accounts that violate its terms and conditions (particularly issues such as copyrights on videos and audios belonging to third parties), the company keeps a “three strikes” rule, that is: to proceed to the definitive closure of the channel, three serious offenses have to be committed in a period of 90 days. When these offenses occur, YouTube explains in detail to the offender what the video was that violated the rules, who the person or company was that made the claim and even gives the opportunity to appeal.

It is important to note that, according to official YouTube documentation, this punishment system is progressive: when the first offense is committed, the channel is “punished” for a week, banning it from uploading videos, live broadcasts or stories. The channel’s videos can be accessed by users. When the second offense is committed in 90 days, the channel is punished for two weeks, and upon the third offense, “we will permanently remove your channel from YouTube,” the documentation says.

RELATED CONTENT: Samuel Moncada: The US Uses the Pandemic as a Weapon of Extermination Against Venezuela

We were informed that this progression in punishments was not fulfilled with the VTV YouTube channels, because at no time were they informed of having committed a first or second offense, nor was the measure applied to prevent them from uploading videos for one or two weeks. VTV uploads dozens of videos a day, of the news and television programs broadcast, for which these punishments, if applied, would have been easily noticed by VTV users and journalists from other media (including Alba Ciudad), who resort to to these materials to do its work.

Youtube went straight to the elimination of the channel, and not just one, but three channels simultaneously and on the same day.

Two Cuban television channels were also closed
On the other hand, the CubaDebate website also denounced the closure this Thursday of two important Cuban channels on YouTube: that of the outstanding informative and debate TV show “Mesa Redonda” on Cuban Television, and the Cubavisión Internacional channel. In both cases, all its contents were also removed.

In the case of Cubavisión Internacional, its Google account was also suppressed, receiving a message similar to that of Venezolana de Televisión, stating that “it cannot be restored because it violates export laws.” They add that “if you have questions, we recommend that you hire the services of a lawyer.” 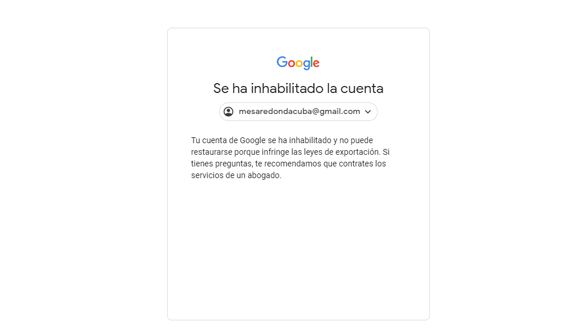 This was the message sent by Google announcing the cancellation of the account associated with its YouTube channel.

CubaDebate points out that, when looking for what it means to violate export laws in Google’s helpdesk, they refer to restrictions on “embargoed countries,” which makes them conclude that it is the US blockade against Cuba. This page says that the closure of its channels occurs at moments of informative interest in Cuba, shortly before the Cuban Covid-19 vaccine candidate “Soberana 01” was discussed in that space.

Mesa Redonda recommends accessing all live broadcasts and other materials on its Facebook page, and new streaming broadcasts will be made through the Cubadebate channel on YouTube.