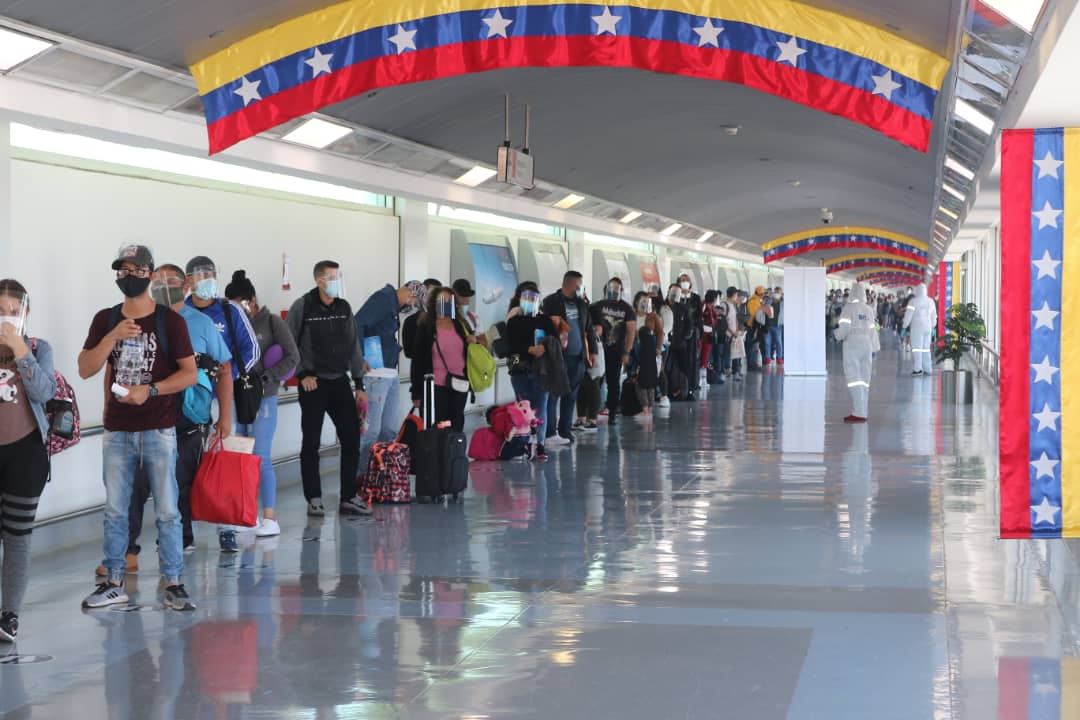 The Foreign Affairs Ministry of the Bolivarian Republic of Venezuela reported through its official Twitter account, @CancilleriaVE, that this Tuesday, April 20, 205 fellow Venezuelans from the city of Lima in Peru arrived in the country, thanks to the Vuelta a la Patria program.

The post highlights that “a @LAConviasa flight arrived in Maiquetía from the city of #Lima with 205 compatriots who were in a vulnerable situation and were taken care off by the #PlanVueltaALaPatria for a safe return to their home.”

It is important to note that upon arrival in Venezuela, each passenger underwent a free Polymeric Chain Reaction (PCR) test to detect COVID-19.

It should be noted that Vuelta a la Patria is a social program created by President Nicolás Maduro that aims to offer support and encouragement to migrants who voluntarily express their desire to return to Venezuela, providing them with a free air trip back home.

This initiative arises to provide support to those Venezuelans residing abroad who are in a situation of vulnerability or economic difficulty due to the harsh economic reality in those countries, aggravated by the COVID-19 pandemic. However, the plan also helps those affected by increasingly xenophobic policies implemented in recent years by right-wing South American governments.

Featured image: 205 Venezuelan migrants return on a Conviasa flight, free of charge as part of the Vuelta a la Patria program. Photo courtesy of MPPRE.