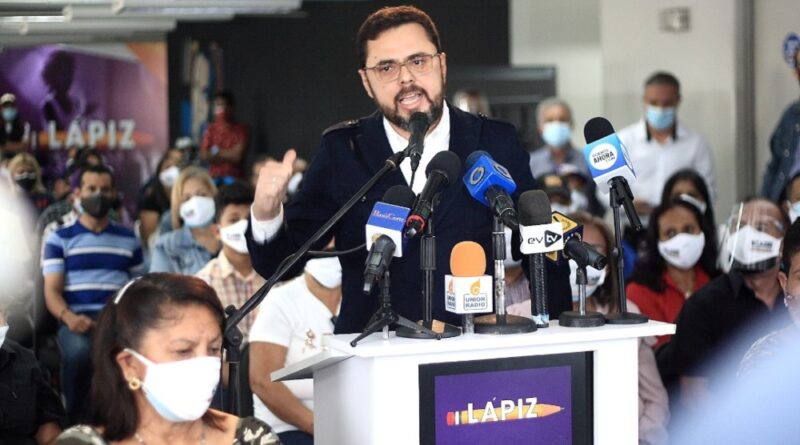 Antonio Ecarri has been the latest member of the Venezuelan opposition to announce his candidacy for the 2024 presidential elections. Ecarri, from the Lápiz (Pencil) Alliance political movement, ran in the November 2021 regional elections for mayor of Caracas and came in second place.

Ecarri confirmed his intention to run for president of Venezuela, and also made it clear that he does not wish to run against other opposition candidates in a primary that would define a single candidacy of the opposition.

According to some Venezuelan media outlets, Ecarri has already formally announced his 2024 candidacy, as have other opposition leaders like Henrique Capriles Radonski and Henry Ramos Allup.

Ecarri has announced, “I am going to be a presidential candidate in 2024. Why do I have to measure myself in a primary with individuals who do not believe that education is the solution, and who committed acts of corruption in the management of public resources through the interim presidency [of Guaidó’]?”

Support for negotiations
Along with many other political sectors in Venezuela, Ecarri expressed his support for the negotiations between the government delegation and representatives of the different opposition groups.

“I want to take part in the negotiations not for a selfie, but to ensure that schools become dining rooms and all Venezuelan children have food, whether they are in school or not,” Ecarri declared during a speech.

Ecarri also condemned the attacks coming from some extreme opposition sectors that have accused him of being a collaborator of the government, due to his intention of participating in elections and for his support of the negotiations.

Featured image: Antonio Ecarri of the Pencil Alliance has announced his candidacy for the 2024 presidential elections. Photo: RedRadioVE