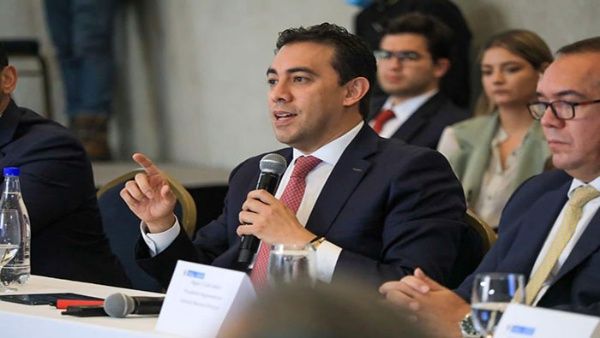 The Colombian Registrar’s Office will investigate whether there were human errors or acts of fraud on the part of some jurors during the recent legislative election vote count.

After constant questioning by opposition groups, the National Registrar of Colombia, Alexander Vega Rocha, announced on Tuesday, March 22, that he would not ask the National Electoral Council (CNE) for a recount of Senate votes.

Vega Rocha affirmed that “the Registrar’s Office will not submit before the CNE a request for a recount of the senate vote. Therefore, the counting process will continue its normal course.”

The registrar declared that the vote count would continue with full guarantees. “We are going to improve the pre-count mechanisms and initial information output,” he said. “The supreme values of the nation are above all sorts of private interests.”

Vega Rocha added, “We are giving our full support to the judges of the republic so they can quickly conclude the March 13 vote count.”

After learning of the registrar’s announcement, CNE President César Abreu applauded the measure and backed the current vote count process. “Vega Rocha has taken this decision and this takes a load off our shoulders and provides a guarantee to the electoral process,” he commented.

Presidential candidate Gustavo Petro also supported the registrar’s decision by pointing out its institutional coherence. “It is good that we are returning to a democratic institutionality regarding the vote count,” Petro wrote on Twitter.

Petro and several other political organizations opposed to the Duque government had expressed their rejection of the registrar’s initial measure, on Monday, March 14, when Vega Rocha announced his intention of soliciting a vote recount from the CNE, without the presence of political party witnesses.

At the moment, with the vote count still ongoing, the Senate seats are projected to be distributed as follows: Historical Pact gets 16 seats; same as the Conservative Party which also holds 16; the Liberal Party holds 15 seats; the Hope Center coalition has 14; Democratic Center holds 14; Radical Change party holds 11; and the U Party has 10.

In the House of Representatives the Liberal Party leads with 32 seats followed by the Historic Pact with 25. The Conservative Party holds 25 seats, the Democratic Center 16, the U Party 15, Radical Change 16, and the Green Alliance 11.