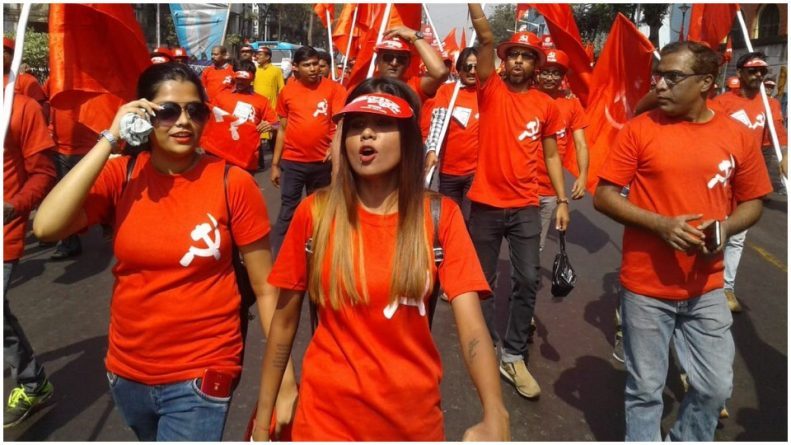 The city’s Brigade Parade Ground was turned into a sea of red as people from across the state poured into the enormous square brandishing scarlet banners to attend a demonstration organized by the Communist Party of India-Marxist (CPI-M)-led Left Front.

The Left Front, an alliance of socialist parties in West Bengal, also took aim at the All-India Trinamool Congress (TMC) party, whose founder, Mamata Banerjee, is the current chief minister of the state.

Yechury said the TMC’s opposition to the BJP was a sham and that the two parties were “two sides of the same coin.”

“Any attempt to stall the march of this ‘red sea’ will create a tsunami in the political scene and will sweep away anti-democratic and communal forces like Modi and his communal brigade and their covert ally, TMC supremo Mamata Banerjee and her party in Bengal.”