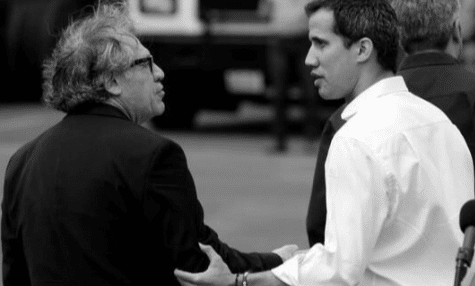 New revelations were made Thursday, April 15, by the President of the National Assembly, Jorge Rodríguez, who released an audio recording of one of those involved in the corruption plot and recalled the popular expression “a thief stealing from a thief.”

This new criminal intrigue is added to the long list of crimes committed by the Juan Guaidó and his far-right entourage, and now reveals the complicity of the OAS representative Luis Almagro.

The recorded statements were made by the former deputy and Guaidó’s partner, Sergio Vergara, clearly and undeniably identified on the recording, and reveals why they rejected the “offer” of the Organization of American States (OAS).

In the fragment of the conversation “Vergara says that Luis Almagro was asked to administrate the stolen money. However, this was refused because he charged too much: $13 million. A thief stealing from a thief, as we say here (in Venezuela),” added Jorge Rodríguez.

Vergara’s confession
The testimony of former deputy Sergio Vergara revealed how the gang of criminals operates regarding the appropriation of assets belonging to the Venezuelan people by the United States government, and the tactics that Guaidó and his group use to hold on to the assets.

Vergara referred, in this case, to the payment of “significant expenses” pertaining to legal services for auditing, consulting, administration and distribution of funds. For these tasks they have million-dollar contracts with US companies. Those firms were used in place of the initial proposal that the funds be managed by the OAS, Vergara added.

“When we went to the OAS we realized that they did not have any type of infrastructure or expertise, they were going to outsource the relationship,” said Vergara. “Instead of being around two million or three million, the budget was going to be almost 13 million (dollars).”

Juan Guaidó’s partner pointed out that the staff of Luis Almagro, Secretary General of the OAS, would charge a percentage of the assets being managed, but that using the gringo companies allowed them to “save” up to 70%.

“These are the people who do all the management for OFAC and who make the payments for the AirTm, which is part of the agreement that was made with the State Department,” he explained.