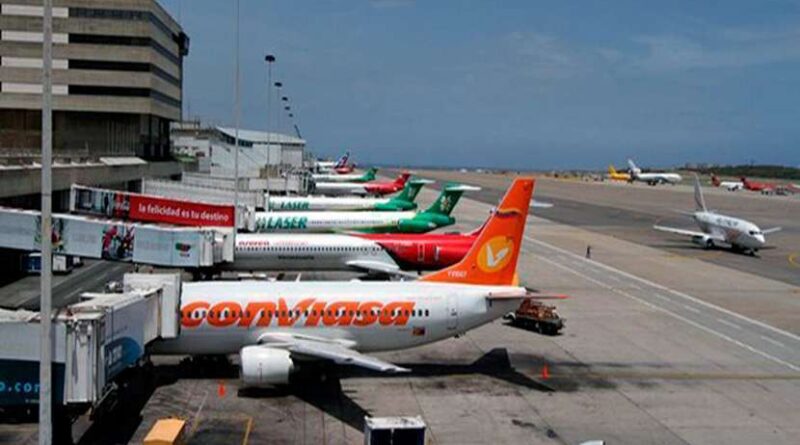 The Venezuelan government is studying the re-opening of domestic flights soon to some destinations, after six months of suspension due to the COVID-19 pandemic.

The information was confirmed by the Vice Minister of Land Transportation, Claudio Farías, who told Unión Radio that the decision could be made in the coming days.

“We are considering opening some domestic flights to some destinations (…) reopening the airlines (…) is a decision that could occur in the next few days ,” said Farías.

The official said that so far, reactivating international airline operations is not under consideration.

According to Farías, if domestic flights are enabled, border states will not be included.

“There is a delicate condition at the border with Brazil aand Colombia, the worst Covid-19 hit countries in Latin America, and it must be guaranteed that those who enter from there do so in the correct way,” he said.

The Venezuelan government maintains checkpoints at the borders to prevent the entry of people infected with COVID-19, so all those who enter are screened with tests and must remain isolated in quarantine for 14 days.

The vice minister explained that they are also evaluating reactivating the land and water terminals for closer destinations.

“The land terminals will not open on the routes (of border states) such as Táchira, Bolívar, Zulia, only the closest destinations,” he said.

Recently, the Simón Bolívar International Airport, in La Guaira state, announced that all its areas are prepared to reactivate airport operations in accordance with the World Health Organization (WHO) regulations to receive passengers in the midst of the pandemic.

The Venezuelan government froze air operations on March 12, and to date only humanitarian flights, cargo and mail landings and take-offs are authorized.