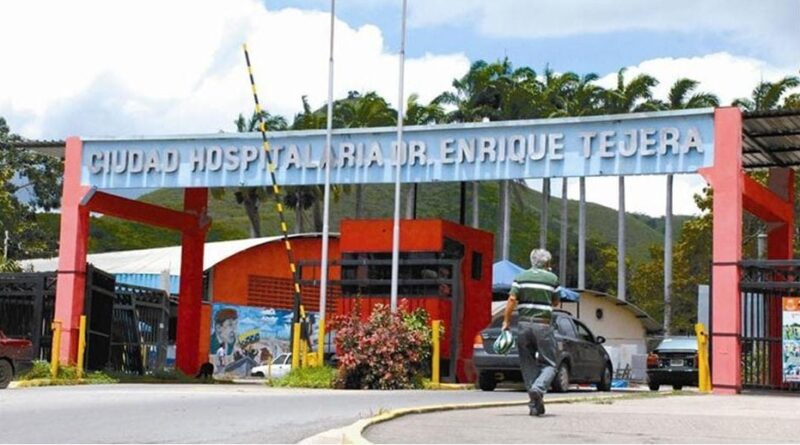 This Wednesday, the Venezuelan Attorney General, Tarek William Saab, reported the arrest of a doctor of Colombian nationality who was dedicated to selling Covid-19 medications which are provided by the Venezuelan government for free. The citizen was identified as Antonio José Amell Cantillo, resident physician of Internal Medicine in the Ciudad Hospitalaria Enrique Tejera (CHET), located in Valencia, Carabobo state. A convenience store worker that sells hospital forms was also arrested in connection to this case, and the director of the hospital is being investigated.

Amell Cantillo “was arrested after an intelligence operation was carried out by the Public Ministry with the National Police against Corruption and the Sebin as auxiliary bodies,” explained the attorney general.

He indicated that the doctor “approached Covid-19 patient relatives and informed them that the hospital did not have drugs, and that he could get each a vial of Remdesivir for a cost of $800 dollars, when the Ministry of Health gave out that drug for free,” said Saab. Remdesivir is an antiviral drug that belongs to the group of nucleotide analogs, and is used in several countries for the treatment of patients with Covid-19.

In the same way, the doctor directed patients to shops near the hospital in order to print the admission templates to said hospital, for which they also had to pay. This doctor “also maintained an association with at least five private pharmacies to sell the drugs that were taken from this public hospital; for this reason, the Director of that hospital, Alexis Ramón Riera Lugo, is being investigated to determine if there was complicity on his part,” the attorney general revealed, who also indicated that an arrest warrant for him will most likely be issued in the next few hours.

Saab also reported that on September 3, the deputy director of CHET ordered this doctor to admit patient José Reyes, 74, who was prescribed four vials of Remdesivir. Saab reported that Amell Cantillo made contact with relatives of another deceased patient, who had previously acquired the drug, and agreed to give back the drug for an amount of $ 1,800 and he subsequently resold it for $ 3,200 to the relatives of José Reyes.“

At the time of Amell Cantillo’s arrest, medical supplies and medicines were found at his residence: 55 containers of lyophilized powder for dilution, 132 vials, and 15 containers of physiological solution produced for exclusive hospital use in Colombia.

Francis Margarita Aguiar Salazar, representative of the Central Hardware and Fruit Shop, located next to the Ciudad Hospitalaria Enrique Tejera, was also detained, with forms and documents “that were used for the approval of hospital medical services”. More drugs were seized during this arrest, these drugs that are granted for free by the social programs of the Venezuelan government.

The attorney general pointed out that “in Colombia there has been an attempt to create a scandal over the arrest of this doctor, a group of congressmen and the Foreign Ministry of that country have spoken, claiming that it is an arbitrary detention and that the life of the doctor is in danger.”