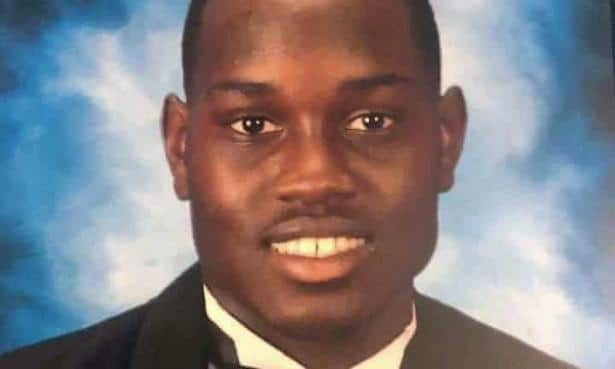 Ahmaud Arbery, 25, was on his regular run through Brunswick, Georgia, when he encountered an armed white father and son.

On a sun-speckled, tree-lined street on a sunny Sunday afternoon, Ahmaud Arbery ran through his neighborhood in the coastal town of Brunswick, Georgia. Neighbors had seen him run by their homes every day for years.

One of them was Lauren Bennett, 26, who says running was what Arbery was known for around their Fancy Bluff neighborhood in Brunswick. Her security camera would ping into her phone as he raced by each day.

“Yup, there goes Ahmaud,” she told the Guardian, recalling his bouts of exercise. She’d heard he used to wave to another neighbor on his daily runs.

It should just have been another ordinary run for the 25-year-old Arbery back in February. But a series of events unfolded that ended in his brutal killing at the hands of two white men, which has caused anger across America and especially among black Americans and campaigners for social justice.

Now, as Bennett watches the video of how his last run through her neighborhood ended in his death, she cries.

That sorrow – and rage – has spread through Georgia and the rest of the US, and has reignited a long-running debate over the killings of young black men by white people. It was sparked by a 36-second video released online months after that late February run – a video that shed new light on how Arbery was killed. In the film, an unidentified person in a car films Arbery jogging towards a white truck parked on the road, where two men stand: one in the bed of the truck and another just to its side.

Before police made it to Arbery, he was already dead.

According to a police report, the two men, Gregory McMichael, 64, and his son, Travis McMichael, 34, had grabbed their weapons, a .357 Magnum revolver and a shotgun, jumped into a truck and began following Arbery after seeing him run by.

In the video, it appears Arbery is running in the moments leading up to his death.

The two men involved in the incident have not been charged or arrested over Arbery’s death, but the case will now go to a grand jury following the release of the video and the condemnation that it produced, according to a statement from the district attorney in charge, Tom Durden.

This month, the state chapter of the NAACP visited Arbery’s family, calling for an end to race-based discrimination in Brunswick, a majority African American city. Tuesday evening, its local chapter called for swift action, urging arrests to be made in the case and the immediate dismissal of the Glynn county police chief.

“This is murder,” wrote Lee Merritt, a civil rights attorney who is representing Arbery’s mother, in a statement posted to Facebook.

Arbery’s mother has been unable to watch the video that now has over 4 million views and has drawn condemnation from prominent figures across the country, including the former vice-president and 2020 Democratic candidate Joe Biden.

The McMichaels, according to numerous reports, argue they were abiding by Georgia’s stand-your-ground statute, a similar defense to that used by security guard George Zimmerman in the killing of black teenager Trayvon Martin in Florida.

Arbery’s death is one of dozens of killings of black boys and men across America, who have been shot in their communities often while engaging in everyday activities. Tamir Rice was killed at a playground in Ohio; Terence Crutcher slain while being pulled over by police; and Walter Scott shot dead in Louisiana leaving a convenience store.

L Chris Stewart, an Atlanta-based civil rights attorney who has represented a number of families like Arbery’s, has a close relationship with the lawyer representing Arbery’s mother. The two have spoken about what happened to Arbery. When Stewart first heard what happened, he thought to himself, “I jog and I live in a predominantly white neighborhood now. And, you know, if someone suspects you’re a criminal because you’re black, then this is going to turn into the Wild Wild West.”

Glynn county, where Brunswick sits, has a history of controversy in its police departments. Last year, a former county police officer was indicted. Initially, the prosecutors involved with the case chose not to press charges against the elder McMichael and his son. Documents and state records show the older McMichael is a former police detective and district attorney investigator in Glynn county.

On Tuesday night, more than two months after Arbery was shot in the middle of the street, the Georgia bureau of investigations announced the Glynn county police had not asked them to investigate the shooting, but rather, looked into threats against those involved in the investigation.

The state’s governor and attorney general spoke out after the video was released on Tuesday. “I expect justice to be carried out as swiftly as possible,” the attorney general, Chris Carr, said in a statement.

On Tuesday evening, Bennett saw dozens of people coming to and from a protest in front of the McMichaels’ home. On Wednesday, protesters gathered in Atlanta at the state capitol.

“I don’t know what’s going on through the McMichaels’ heads, and if they think the black community is shaken. But all races are hurt. We’re all upset,” Bennett said.

But she was not surprised this happened in Brunswick – or anywhere in America.

The Guardian has published an edited version of the video after Benjamin Crump, an attorney for Arbery’s father, said the family consented to its public dissemination.

Featured image: Ahmaud Arbery was shot dead in February but it was only after the release of a video of the incident that it was announced that Gregory and Travis McMichael would face a grand jury. , Photograph: Twitter