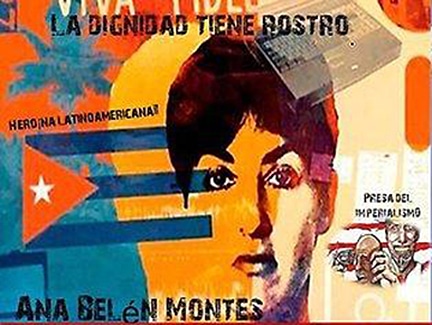 She can’t receive visitors, except from her brother. She is not allowed to talk on the phone, receive newspapers, magazines or watch television. No one is allowed to inquire about her health or why she is in a center for criminals with psychiatric problems when she is not insane. Nor is she allowed to interact with other people in that prison, where she has spent two decades in absolute solitude.

Ana Belén Montes celebrated her 64th birthday last Sunday in one of the wards of hell, a place where “the worst thing is to be locked up with oneself,” as Nelson Mandela wrote in his biography, fully cognizant of what he was saying after 27 years of confinement. A US citizen, and the daughter of Puerto Ricans, she has been incarcerated since 2001 in the Federal Medical Center (FMC) prison in Fort Worth, Texas, which is reserved for very dangerous and mentally ill criminals. She is listed by the US Bureau of Prisons as number 25037-016, is due for release on July 1, 2023. When she is released, she’ll likely maintain the same discretion with which she entered prison, and that she maintained during her life at liberty. She was a senior officer in the Pentagon’s Military Intelligence Agency (DIA) and was in charge of Cuba. She was accused of espionage, but her great crime was to place her conscience above personal security, a successful career and a gifted life in a Washington suburb.

According to her defense lawyer, Plato Cacheris, Montes committed espionage for moral reasons, because “she felt that Cubans were treated unfairly by the United States.” In a polemic article published in widely circulated newspapers and with privileged sources, access to classified documents, and her scarce correspondence from prison, they tried to portray her as a shadowy informer, the last in the deadly game of the cold war. But they make the mistake of quoting a letter to a relative in which Ana Belén says, “I don’t like being in prison at all, but there are certain things in life that are worth going to prison for,” thus leaving the reader with clues as to the true nature of this woman’s punishment.

In her plea to the judge who sentenced her, barely a page and a half, that went into the catacombs of the internet, she states: “Your Honor, I engaged in the activity that has brought me before you because I obeyed my conscience rather than obeyed the law. I consider our government’s policy towards Cuba to be cruel and unjust, deeply unfriendly, I considered myself morally obliged to help the island defend itself against our efforts to impose our values and our political system on it… Cuba’s right to exist, free from political and economic coercion, may not justify giving the island classified information to help it defend itself. I can only say that I did what I considered most appropriate to counter a great injustice.”

The trial, therefore, was not simply a case against an official who had the temerity to warn of abuses against a country that never did the United States any harm, while from that territory terrorism, assassination and extermination by “hunger and desperation” have been encouraged, as the architects of the blockade against Cuba openly expressed 60 years ago. It is the coordinated effort by the surveillance and security state to extinguish the constitutional right to expose crimes committed by those in power. It is the crucifixion of lone individuals who take personal risks to let victims know the truth—the Daniel Ellsbergs, the Ron Ridenhours, the Deep Throats and the Chelsea Mannings. It is the punishment of all those inside the system who reported facts that challenged the official narrative, such as John Kiriakou, the former CIA analyst, who revealed how the US government used “waterboarding” techniques to torture prisoners. We would not have known that mass surveillance is possible and that it is done secretly and on a daily basis, had it not been for Edward Snowden.

In Steven Spielberg’s film The Post: The Dark Secrets of the Pentagon, characters wrestle with personal dilemmas that are also ethical: “Wouldn’t you go to jail for preventing a war?” asks journalist Daniel Ellsberg, who leaked thousands of documents about the US invasion of Vietnam in the late 1960s. Like Ana Belen, he has been considered equal parts traitor and hero, depending on the glasses of the judge.

There is no decent way to ignore these things anymore, faced with the dreadful lies of those in power. In Cuba, Vicente Feliú set the verses of the poet Miguel Sotomayor to music, and the song dedicated to Ana Belén Montes is heard at the troubadour’s concerts: