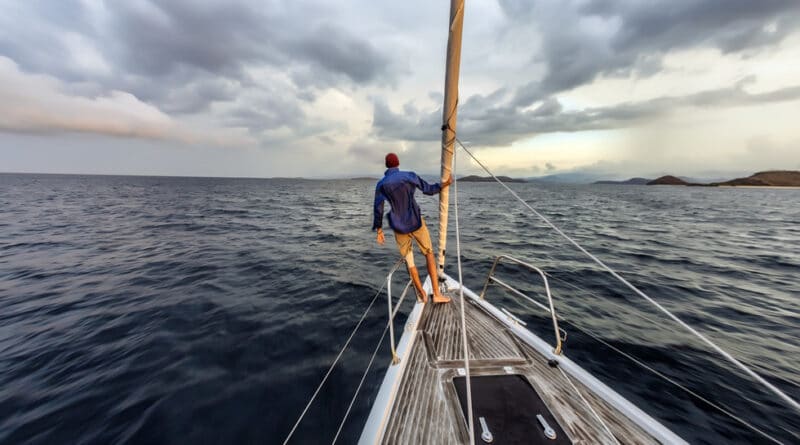 Mar 7, 2021.- This week, from the disturbing CIA operations file, comes the case of Matthew John Heath, an American and former Marine accused of sabotage, terrorism, trafficking illegal weapons and conspiracy.

You could be forgiven for thinking that an ex-Marine going on trial for terrorism charges in Venezuela might meet with the sort of US media coverage that the Amanda Knox story attained, but the start of Heath’s trial has warranted barely a whisper.

Heath was arrested last September alongside six Venezuelans, including some military personnel. The gang were apparently planning attacks on oil refineries, a major bridge and possibly military installations, and were caught at a roadblock with bricks of American currency, high explosives, a satellite phone and a grenade launcher.

Venezuelan president Nicolas Maduro has accused Heath of being a spy and terrorist working for the US government, while his family maintains his innocence. One of several letters smuggled out of prison and sent to Heath’s relatives reads, “Don’t WORRY! Han Solo always wins!”  His family have opined that he was either simply an American in the wrong place at the wrong time, or that the evidence was planted in order to frame him.

So, what are we to make of this? Sean McFate of Georgetown University suggested that “A soldier like Heath, whether or not he’s guilty, is very attractive to authoritarian leaders like Maduro seeking leverage with the US.”

But the US government has had little or no contact with Heath, hasn’t moved to negotiate his release, and there is no sign of Maduro using ‘Han Solo’ as leverage, either with the Trump administration or with the new Biden White House.

Instead, the deafening silence of US officials and major media in response to Heath going on trial suggests that they want to keep a lid on the situation. This is likely due to the implication that this self-styled pilot of the Millennium Falcon was working as part of an ongoing disruption campaign being waged against Venezuela by the CIA.

Investigative journalist Alan Macleod pursued this angle in a recent expose, noting Heath’s widely reported background working not just for Marine Corps intelligence but also for the CIA, before he joined MVM – an intelligence services firm who contract almost exclusively for the US government.

Macleod’s article highlights, “Although MVM is technically a private company, it was founded by three former Secret Service agents and continues to work closely with Washington…  The only clients listed on its website are American government agencies. “Need a secret agent?” begins its description of the company.”

The Bay of Piglets: Recycling the Cuba playbook

In May 2020, two former Green Berets led an amphibious assault on Venezuela with the aim of storming the presidential palace and installing Juan Guaido – the US’s preferred puppet leader of the country – as the new president. As Macleod points out, this event was quickly dubbed the ‘Bay of Piglets’ – a reference to the CIA botched coup attempt against the Castro government in Cuba in 1961.

In an interview with RT, he added, “That this could occur without at least the knowledge of the State Department seems unlikely, at best.”

Following the Bay of Pigs, the CIA embarked on an extensive program of black operations designed to destabilise the Castro government. One memo, titled ‘Possible Actions to Provoke, Harass or Disrupt Cuba’, details a string of ideas including industrial and military sabotage, economic warfare, and spreading misinformation and disinformation.

Operations were carried out to “create unrest and dissension among the Cuban people” and to encourage the view that Castro’s “value to the revolutionary cause has diminished to the point that plans are being made for his removal.” Plans were even made, under the codename Operation Dirty Trick, so that if the first manned spaceflight were to fail, they would manufacture evidence to “provide irrevocable proof… that the fault lies with the Communists.”

Fast forward to today, and it appears that the CIA have simply recycled their 60s playbook and used it as a manual for targeting the Venezuelan government and people.  In between regular failed coup attempts, the US government is deploying regular economic warfare, sabotage and disinformation tactics to try to erode domestic support for Maduro and ‘soften’ the country’s resistance to the corporate empire.

Macleod summarised, “For two decades now, there has not been a day that has gone by that the US government was not working in some way to overthrow the government of Venezuela. They have tried organizing coups and protest movements as well as longer term strategies like funding political and social organizations, as well as levying sanctions on the country. There have also been many mysterious incidents in Venezuela that the government alleges were the work of unknown saboteurs.”

A blank space in a book

If Heath, a.k.a. ‘Han Solo’, was indeed working as part of a CIA black operation, which seems likely given the evidence compiled by MacLeod and the general pattern of events in Venezuela in recent years, then he is probably a NOC – a non-official cover operative.

As outlined by Al Pacino’s character in the film ‘The Recruit’ – which was originally written by the CIA’s Hollywood liaison – most CIA officers working out of embassies around the world enjoy official cover and diplomatic immunity, but some become NOCs.

Pacino’s character says: “The NOC is the truest practitioner of espionage – always out there, always alone, unprotected. If you are caught, you will most likely be tortured, shot, and/or hanged. And here’s the best part – no one will ever hear about it. You will become a star on a wall, a blank space in a book.”

Macleod commented on the increased contracting out of NOC activities, saying, “Much of Washington’s actual dirty work has been outsourced to third parties, however, through organizations like USAID (United States Agency for International Development) and the NED (National Endowment for Democracy).”

Back in the bad old days in Cuba, NOCs and other disposable assets came in the form of Cuban exiles and mafia lieutenants, but today, proxy war has been corporatised and NOCs work for three letter abbreviations like MVM, blowing up bridges and firing grenades at oil refiners. Or at least, trying to.

The CIA has remained predictably silent about Heath, while the State Department’s only comment on the case came in the form of a tweet by a spokesman asking for a fair trial.

U.S. citizen Matthew Heath has been held in Venezuela since last year. We call on Venezuelan authorities to ensure that he receives a transparent, fair, and public hearing that respects all fair trial guarantees.

Neither the Trump nor Biden White Houses have had anything to say about Heath, suggesting that there is an official policy of not commenting on this politically controversial case.

If Heath is, as he claims, an innocent civilian with a military record and a penchant for ‘Star Wars’, who went to Venezuela during a global pandemic to gain“more boating experience,” then the State Department would be advocating for him. If this were the travesty of justice that Heath will no doubt make out it is when the trial moves to the defence phase, then the US media should be screaming blue murder.

Instead, the American government and major media response to this innocent man on the world’s weirdest holiday has been to politely ignore him, as though getting caught with high explosives, surveillance photos and machine guns is regular behaviour for Americans on nautical vacations.

As Joshua Goodman, an American journalist, observed, “Heath’s reputation for discretion, background in signals intelligence for the Marines and past work as a US government contractor in Iraq and Afghanistan seemed straight out of a Tom Clancy novel.”

The Clancy parallels are apt, especially given the latest adaptation of his work – Amazon’s ‘Jack Ryan’ – focused its entire second season on glamourising an off-the-books CIA coup against the Venezuelan government, including storming the presidential palace. The show, which is supported by both the CIA and the Pentagon, went to great efforts to project Venezuela back into the public consciousness as a desperate threat to US national security and in need of extreme prejudice.

Macleod commented, “Unfortunately, many of the plot lines of shows like Jack Ryan have a tendency to come true. This is because the writers are in close contact with government agents who help them craft realistic scenarios for their plots based on actual events or plans.”

Despite this, I wouldn’t expect ‘Han Solo: A Matthew Heath Story’ to be coming to a theatre near you anytime soon.