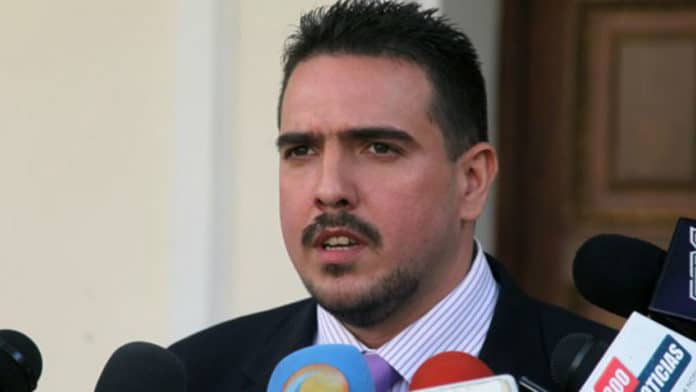 The leader of the Un Nuevo Tiempo party, Stalin González, supported the proposal of another opposition politician, Marí Corina Machado, to hold primaries in their political sector, and he suggested that it be done through the National Electoral Council (CNE), as it gives everyone more confidence.

During an interview, Stalin González stated that he agrees with María Corina Machado’s proposal to carry out primaries to choose a new opposition leadership through popular elections; but he suggested that a mechanism to do so should be studied, for which he mentioned that working with the CNE would make it much easier.

He also asserted that although he considers that the CNE is the best mechanism for a popular election, he knows that Machado will not agree.

“Any query is logistically much easier, and gives everyone more confidence, using the system we have, which is the CNE. And I know that she will not agree,” said the opposition politician.

In this regard, González pointed out that it is necessary to find a way of agreeing on this matter, after maintaining that the parties should be renewed, hold discussions and carry out debates.

“Yes, there are times when the political leadership takes responsibility for the campaigns, but then you have to make an assessment, and here you have to do it, of how we see the future, because if we continue to see it with the same fantasy that we saw it with 2 years ago, we will not change this,” he remarked.

On the 21N elections
With regard to the results of the regional and municipal elections of November 21, Stalin admitted that if they had been more humble and pragmatic they would have come out better in the electoral tally.

In that sense, he considered that the wide difference in the governorships is the result of not having gone to the elections on time, which led to not electing candidates in primaries.

“Obviously then you turned the MUD card into a political tool. We were sectarians, so whoever was not on the MUD card was not from the opposition; and that’s why we have the dispersion of the opposition,” pointed out Stalin González.

The opposition politician insisted that what happened this 21N is an opportunity to build a true democratic alternative, after explaining that in recent years the agenda was set by those who managed the resources and who had political control.