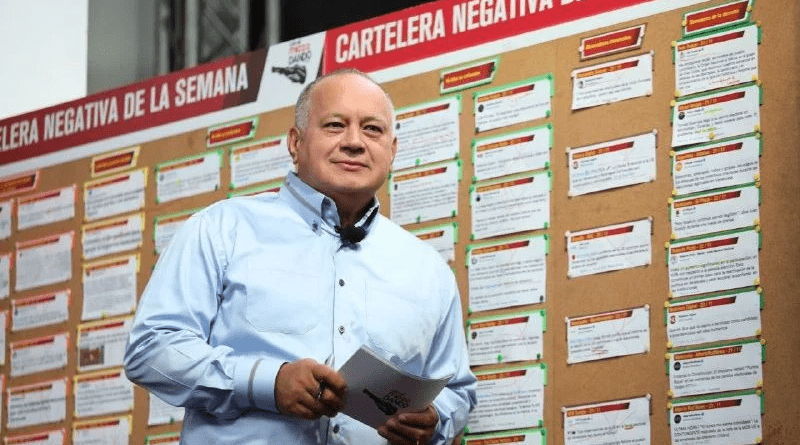 When evaluating the report on Venezuela’s mega-elections presented by the Election Observation Commission of the European Union, Venezuelan deputy Diosdado Cabello noted that the opinion of Isabel Santos contrasts with that of all the other international organizations that served as observers in Venezuela’s latest elections.

Cabello, the first vice president of the United Socialist Party of Venezuela (PSUV), made the comments during his television program Con El Mazo Dando, where he also warned opposition leaders who were elected as governors and mayors, that they must abide by the law.

“Guess which was the only report that attacked the electoral system of Venezuela and the Venezuelan people?” asked Cabello. He also reiterated his suspicion that the EU brought that report, previously prepared, and with a clearly biased position.

In this way, he stated that the EU mission sent by Josep Borrell disparaged not only the CNE, but also the Indigenous peoples of the country, and even his television program and other aspects of Venezuelan political and social life, with the aim of condemning the voting day. Nevertheless, said Cabello, they were unable to do so.

“300 other observers said that everything was clean, transparent,” Cabello said. “With one or another incident, which we condemn either way, but here there is no catch—one voter, one vote. Here we do not vote with a photocopy of a ballot.” Cabello made the latter comment in reference to recent Colombian elections. 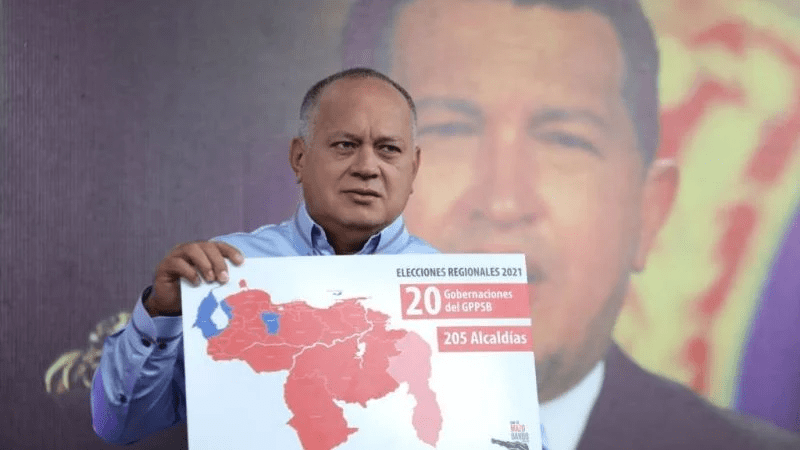 Guarimba leaders
In his reflections, Diosdado Cabello also warned that he has observed some opposition politicians who won mayoralties in certain municipalities “going around like crazy burning things.”

He asserted that he expects law enforcement agencies to collect all the information and take, on behalf of the Venezuelan state, the actions that they must take. To those sectors that have not understood the message, he clarified by noting that Venezuela is no longer in the era in which guarimbas can be promoted.

“If someone won as mayor and ends up burning things, and promoting violence, they simply have to pay, in jail if necessary,” Diosdado Cabello Rondón said bluntly.

Likewise, he rejected the attacks by some elected mayors against community radio stations. Those spokespeople are used to acting in that manner, Cabello said, because they operate using the techniques of fascism, but he insisted that the scenario is not the same as in 2014.

“Be careful, a wheel can come off the cart and you are not going to be wrong again,” Cabello said. “We do not care much about what you do or think. Don’t say I didn’t tell you. I’m not threatening anyone. However, for there to be peace, there must be justice.”

On Thursday morning most right-wing outlets in and outside Venezuela reported Cabello’s statements, placing them out of context, and only mentioning his comment that “elected mayors might end up in jail.”