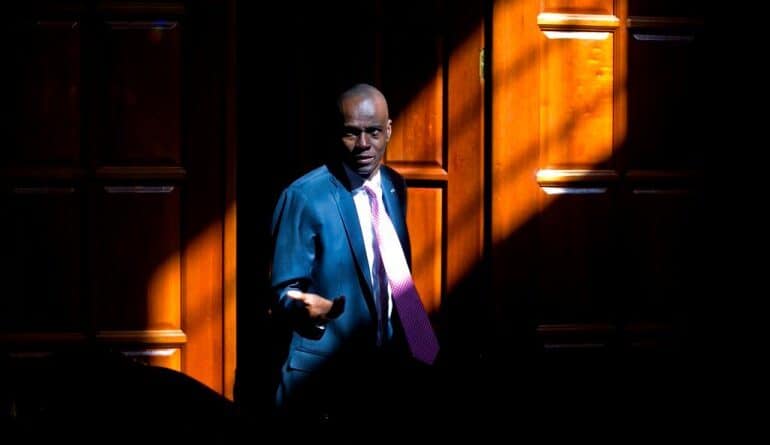 The president of Haiti, Jovenel Moïse, was assassinated during the early hours of this Wednesday, July 7, by armed men who broke into the president’s private residence. According to the official statement by the Haitian government, the assassination was committed around one in the morning by a group of armed men who stormed Moïse’s home in Port-au-Prince.

The death of President Moïse was confirmed by Claude Joseph, prime minister of the Caribbean island country, who will temporarily assume the head of the government.

Meanwhile, the interim prime minister and the National Police have condemned ”this heinous, inhuman and barbarous act,” while calling on the people to remain calm, stating that the security situation in the country ”is under control” of the police and the armed forces.

”All measures to guarantee the continuity of the State and to protect the nation are being taken,” said the statement, concluding that ”democracy and the Republic will win.”

”The nation is in mourning,” wrote Haitian Minister of Justice and Public Security Rockfeller Vincent on his Twitter account. ”Our president, His Excellency Jovenel Moïse, has just been cowardly assassinated. The dark forces that want to sow chaos in the country will not be able to bring the nation to its knees. Let us close our ranks to preserve our democracy under threat.”

The assassination took place less than three months before the presidential and legislative elections, scheduled for September 26, for which Moïse could not run as a candidate. For that same date, the president had called a referendum for a new Constitution, which had been criticized by his opponents and the international community, as it is quite public knowledge that Moïse wanted to change the constitution to remain in office.

Political unrest
Moïse, 53, took office in one of the most impoverished countries in the American continent on February 7, 2017. His last months in office were drowned in controversy as he insisted on remaining at his post even after his constitutional mandate ended in February this year.

The president was sworn in after the presidential elections had to be repeated in November 2016, as the elections held a year earlier, in October 2015, were annulled due to allegations of fraud.

According to the Haitian Constitution, despite the elections having been repeated, the five years of Moïse’s term began in February 2016, once the period of the former President Michel Martelly ended, and not in February 2017, when he formally took office. Hence, Moïse’s mandate expired on February 7, 2021.

On February 7, amidst a wave of great demonstrations in the streets demanding him to step down, the Haitian president denounced an attempted coup against him with the aim of assassinating him. At that time, Moïse announced that 20 people had been detained, including a judge favorable to the opposition, and a police inspector, although he did not offer more details or evidence.

In addition to this crisis of legitimacy of his mandate, Moïse had been governing by decree for more than a year. In January 2020 he declared the expiration of the legislative period due to the fact that parliamentary elections could not be held in the autumn of 2019, having been postponed by the constant anti-government demonstrations that had paralyzed the country at that time.

Many were calling Moïse a dictator for these reasons, and due to his protection by the government of the United States, Canada, the European Union, and the Organization of American States. He was also accused of forming the same armed paramilitary groups that may have contributed to ending his life.

Last Monday, July 5, Moïse had appointed Ariel Henry as the new prime minister, the sixth during his term, with the task of forming a consensus government that would face the serious security crisis and support for September elections. Last week another incidence of armed violence occurred in Port-au-Prince, causing the death of 15 persons including a journalist, Diego Charles, and a social activist, Marie Antoinette Duclaire. At that time many pointed to the Haitian police but also at paramilitary groups connected with the police as responsible.

Violence and security crisis
In the midst of this situation, Haiti is suffering a profound crisis of violence, aggravated in recent weeks by territorial struggles between armed gangs that are vying for control of the poorest neighborhoods of Port-au-Prince. In fact, in recent days President Moïse had asked for international help to combat these groups.

“The country has been in a hellish cycle of violence for the last 18 years [after the US government abducted the then President Jean Bertrand Aristide and overthrew his government], and this puts us in a situation in which we are forced to put out the fire all the time,” Moïse said last June 20 during a speech, in which he announced that he had asked the Haitian army to support the national police in the fight against gangs.

On June 10, the United Nations Office for the Coordination of Humanitarian Affairs (OCHA) estimated that almost 6,000 people had been forced to leave their homes in the Haitian capital due to the constant clashes between criminal groups. The organization also warned about the resurgence of violence.

Just this Monday, July 5, the president of the Caribbean Community (CARICOM) and Prime Minister of Antigua and Barbuda, Gaston Browne, had described the situation in Haiti as ”unsustainable” and called on regional leaders to ”redouble their efforts for a solution” that would allow ”some level of normalcy to return to Haiti.”

Venezuela condemns the political assassination
The President of the Republic, Nicolás Maduro, condemned the murder of the president of Haiti. Minister of Foreign Affairs, Jorge Arreaza, published on his Twitter account the official statement of the government of Venezuela. The statement expresses ”strongest repudiation and rejection of this terrible assassination, while extending feelings of strength and unconditional solidarity towards the Haitian people.”

Featured image: Moïse, who was 53, had ruled by decree for more than a year after parliamentary elections could not be held in 2019. Photo: Dieu Nalio Chery/AP.