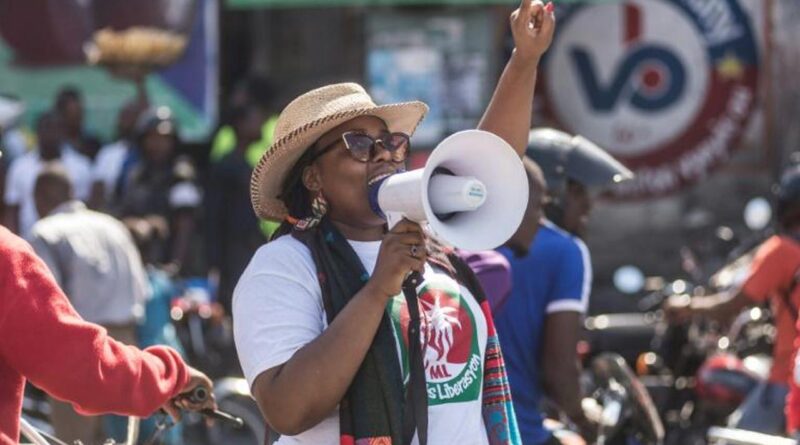 Caracas, July 1 (Special for OrinocoTribune.com)—A group of Haitian police officers killed at least 15 civilians in Port-au-Prince on Wednesday, June 30, in retaliation for the murder of a colleague that occurred on Tuesday night, EFE reported. However, respected social media user Madame Boukman presented another version of events.

Among those killed in the shootings by the police were journalist Diego Charles and activist Marie Antoinette Duclaire. Boukman described the latter as a vocal and active opponent of the US puppet regime currently holding power illegally in Haiti and led by Jovenel Moïse.

The extension of Moïse’s term in office has been met with recurring demonstrations since February 7, 2021, the date that his presidential mandate was to end, according to the constitution. The mass mobilizations have been met with heavy police repression resulting in at least 30 deaths.

Another fierce, vocal and active opponent of the regime assassinated. Activist Antoinette Duclaire, who fought relentlessly for change, was shot dead last night, along with no less than 15 others, including her colleague, journalist Diego Charles. #Haiti can't continue like this. pic.twitter.com/Rz4gtF3kf2

The Director General of the Haitian National Police, Leon Charles, explained that there was an attack by an armed gang against a police facility in the capital, in which the spokesman for the police union, Guerby Geffrard, was killed, reported EFE, without providing much context.

River of blood flows in the US-UN imposed puppet dictatorship of #Haiti. Rebel cop Guerby Geffrard was attacked in May by the regime's death squads, but did not die as originally reported. They assassinated him yesterday. https://t.co/SOKG7LEMVY pic.twitter.com/n1QILqS1Lq

“In reaction to the assassination, his colleagues engineered the shooting this morning, which resulted in the death of 15 peaceful citizens,” Charles said in an institutional statement, seemingly excusing the assassination of activists who, according to Boukman, in fact had nothing to do with the killing of Geffrard. These details were not mentioned by EFE in an article that was diffused worldwide.

RELATED CONTENT: This is not a Crisis – This is a Rebellion: A Report from the Front Lines of Haiti

Charles described the actions of the police officers as a “sordid act” and offered his condolences to the families of the victims, among whom he mentioned journalist Diego Charles, from Radio Vision 2000, and Duclair.

The regime issued a press release in which it “vehemently condemns these abominable actions and the indiscriminate violence that sows unrest and mourning among all sectors of the Haitian population.” The incident is sure to increase disorder in the embattled Caribbean island historically affected by US, Canadian and European interference and exploitation.

France24 provides another version
French news agency France24 posted another article adding to the confusion, presenting the outrageous human rights violation under a government supported by the French government and the US government as a case of gang violence, without providing any context regarding the political crisis created by the illegitimate Moïse regime.

“Gang violence has been sharply on the rise this year, with gun fights between rival groups prompting many residents of poor districts of the city to flee their homes,” wrote France24.

The French news outlet ventured to refer to protests following the assassination of the activist, but again did not mention the political ramifications of this terrible massacre, a tragedy that won’t even been covered in mainstream media, or mentioned by the Organization of American States (OAS).

Featured image: Antoinette Duclair, who was shot and killed in Haiti’s capital, is seen here speaking on February 14, 2021 in Port-au-Prince. Reginald Louissaint Jr./AFP.