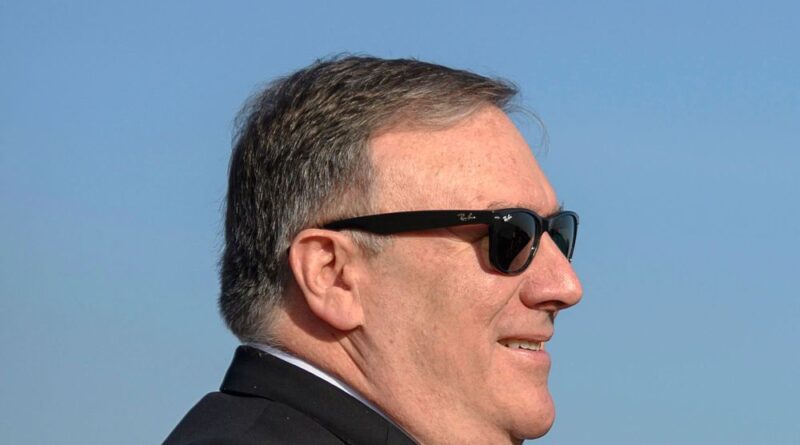 The Government of the United States expressed its disagreement with the sentence handed down last Thursday, November 26, by the First Trial Court of the Criminal Judicial Circuit of the Metropolitan Area of Caracas against six Venezuelan former executives from the Venezuelan state own CITGO Corporation, a subsidiary of PDVSA currently besieged by the Trump regime.

The US Secretary of State, Mike Pompeo, demanded their immediate return to the North American country, since five of them are naturalized US citizens, though their original citizenship is Venezuelan.

“The United States unequivocally condemns the erroneous convictions of the ‘CITGO Six,'” the official said in a statement, not the first from him concerning this case, nor the first from high-ranking US officials.

We unequivocally condemn the wrongful convictions of the Citgo 6 in Venezuela. There was no justice, no evidence, and no opportunity for defense. The use of a legal system to exert political power is yet another example of why free and fair elections are needed in Venezuela.

Likewise, he rejected the investigations that were carried out against these subjects for their involvement in acts of corruption, believing—perhaps—that he represents the incarnation of justice, and displaying once again the typical arrogance of US officials.

In this regard, he affirmed that after said process “these oil executives were suddenly convicted and sentenced without any evidence” and were, according to him, “unjustly detained in Venezuela.”

“It is very uncommon—even in the case of Venezuela—that high-ranked US bureaucrats from Vice President Pence down, directly and so openly intervene in corruption cases in other countries,” said a diplomatic expert to Orinoco Tribune, “especially when they refer to dual-citizenship individuals, who the Department of State itself advises to abandon their original citizenship in order to offer them proper consular protection, and also because naturalized US citizens are usually seen as second-class citizens in the US.”

“It says a lot that these six executives, already sentenced for corruption because they almost gave away CITGO, using it as a collateral for a loan that was not approved by Venezuelan high authorities,” continued the diplomatic expert, “who were never political operators but merely Venezuelan oil executives, are being offered this much protection from Washington. One questions if this protection has anything to do with the crimes they committed, or with another sort of ‘agreement’ between them and the US security apparatus.”

“For these misleading charges,” added Pompeo’s statement, “most of the time in horrible prison conditions, these six people should be immediately returned to the United States.”

It should be remembered that José Ángel Pereira Ruimwyk, former president, as well as Tomeu Vadell Recalde , Jorge Luis Toledo Kohury, Gustavo Adolfo Cárdenas Cardona, José Luis Zambrano Colina and Alirio José Zambrano Colina, were convicted of committing the crimes of intentional embezzlement, and of entering into an agreement of with a contractor.

Pereira Ruimwyk was sentenced to thirteen years and seven months in prison and a fine of $2 million, equivalent to 40 percent of the value of the property implicated in the crime. The rest of the executives will each serve eight years and ten months in prison.

These subjects were also disqualified from the exercise of public function, as well as from qualifying for popularly elected positions for the duration of their respective sentences.

It should be remembered that in July 2017 these six former executives signed debt refinancing contracts under disadvantageous conditions for the country, and behind the back of the President of the Republic, Nicolás Maduro.