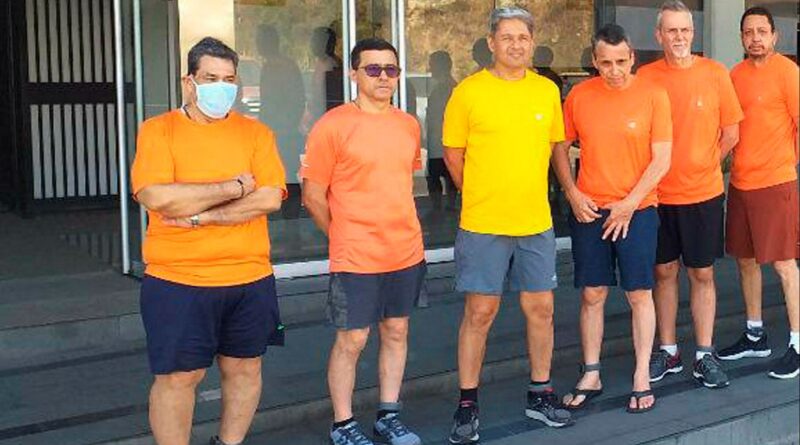 This Thursday, November 26, the First Trial Court of the Caracas Metropolitan Area Criminal Judicial Circuit sentenced six former directors of the state-owned company CITGO to prison, determining that they participated in acts of corruption.

Most mainstream media refer to them as “American oil executives” when in reality they are Venezuelan-born citizens who happened to be naturalized US citizens, and who worked for many years in the United States.

RELATED CONTENT: Orinoco Tribune: Two Years Online and Kicking – What Does That Mean?

Pereira Ruimwyk , who served as president of CITGO, was sentenced to thirteen years and seven months in prison and will also have to pay a $2 million fine, equivalent to 40 percent of the value of the property implicated in the crime.

The rest of the convicted will serve eight years and ten months in prison.

It should be recalled that in July 2017 these six individuals “signed an international agreement with the financial companies Frontier Management Group LTD and Apollo Global Management LLC, designated as vulture funds, for an alleged refinancing of the debt programs of the years 2014 and 2015,” Laiguana.tv reported at the time.

RELATED CONTENT: Venezuela Presents Proposal for an International Association Against US Sanctions to Stop Crimes Against Humanity (UN Security Council)

In November of that same year, Attorney General Tarek William Saab pointed out that in the debt refinancing contracts signed by these subjects, “ loans of up to $4 billion were requested under conditions unfavorable for the Venezuelan oil industry and with total discretion, that is to say, behind the back of the President of the Republic, Nicolás Maduro, offering CITGO as a guarantee,” indicated an article from Laiguana.tv.

“CITGO is the primary oil refining company and marketer of gasoline, lubricants and petrochemicals that Venezuela has in the United States, so the board of directors exposed the PDVSA subsidiary to a possible criminal situation for breach of the different contracts signed,” Saab argued at that time.

It’s also worth mentioning that five of these characters have American nationality, so the United States regime has demanded their release on several occasions. “These requests are alarming and shocking because they come from high US officials like Mike Pompeo and Vice President Mike Pence, on behalf of naturalized US citizens, while US mercenaries captured by Venezuelan authorities have not received such special attention,” said a political and international expert to Orinoco Tribune.

“Luke Denman and Airan Berry were found guilty for their participation in the Operation Gideon mercenary attack in May 2020, and barely anything has been said by US officials, other than a brief visit to Venezuela by Bill Richardson. One can’t help but wonder what’s behind this interest by the US media and US nomenklatura in these executives. A few conspiracy ideas immediately come to mind,” he added.