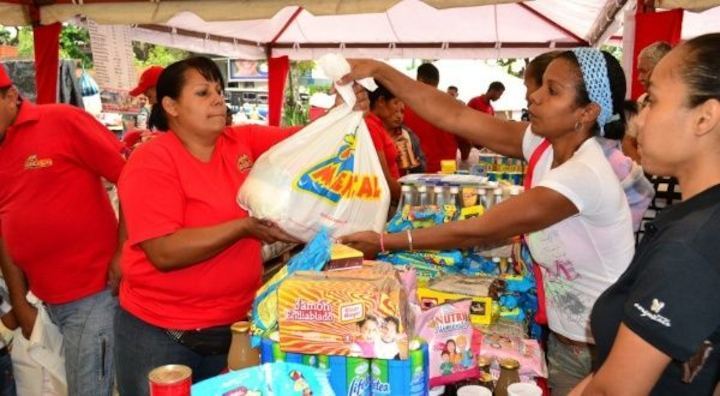 On July 5, the United Nations high commissioner for human rights, Michelle Bachelet, issued a one-sided report that claimed the Venezuelan government was responsible for thousands of extrajudicial killings and torture, and blamed Venezuela for shortages of food and medicine.

The 19-page report includes only three paragraphs alluding to U.S. sanctions. The sanctions have caused 40,000 deaths in Venezuela because of food and medicine shortages.

The report also completely ignores a series of violent, U.S.-backed coup attempts. Nor does it include accounts of violent attacks by right-wing protesters, such as the case of Afro-Venezuelan Orlando Figueroa, who was burned alive by U.S.-backed demonstrators in 2017.

Bachelet, a former president of Chile, was aware of the racist murder of Figueroa and of a Venezuelan policeman whose throat was cut by right-wing demonstrators. According to a July 23rd article in The New Yorker, she met with the families of the victims and promised to “put a little something in the report, regarding that.” After the report was published, Bachelet claimed that the two cases had slipped her mind.

Venezuelan President Nicolás Maduro, particularly angered by the omission of information about those two cases, responded directly to Bachelet: “You met with the family members of victims who were violently targeted by the opposition, and your report did not include even a minor reference of that meeting!”

Maduro slammed the report as “deeply harmful to the dignity of the Venezuelan people and the truth of the human rights situation in Venezuela. Unfortunately, it is quite clear that you DID NOT LISTEN TO VENEZUELA.

RELATED CONTENT: Bachelet’s Report on Venezuela: Who has the Last Word?

“Your report, unfortunately, aligns itself with the media and political narrative imposed from Washington, that symbolically attacks Venezuela by repeating the script of the existence of an alleged dictatorial government and an alleged humanitarian crisis in order to justify an intervention in favor of those who hanker to disappear the Project of Simón Bolívar and purloin our immense natural resources,” President Maduro wrote.

He added, “Can a political project legitimized 23 times at the ballot box in the last twenty years be called a dictatorship?”

In defense of Bolivarian Venezuela

In addition to comments by President Maduro and other Bolivarian officials, the Chavista government issued a 70 point statement in response to the biased report, which points out that the report was based on interviews with nearly 600 people, but 82 percent of them were not living in Venezuela.

People that are currently living in Venezuela — many of them victims of U.S.-backed right-wing violence — were interviewed and provided documentation of the abuse they suffered. But that information was excluded from Bachelet’s report.

The government statement pointed out various programs to feed and provide medicine for Venezuelans to try to make up for the damage caused by U.S. sanctions, including a food distribution program called CLAP (Local Supply and Production Committees), which is now under attack by numerous U.S. government agencies. Hundreds of thousands of Venezuelans are helped by CLAP, and now the U.S. government is trying to use sanctions to shut it down.

About 75 percent of Venezuela’s budget is spent on healthcare, housing and provision of food. None of this was included in the U.N. report.

Others quickly came to the defense of the Venezuelan government. Mint Press News reports that on July 5, one day after the report was issued, Russia, China, Turkey, Belarus, Myanmar, Iran, Cuba, Nicaragua and Bolivia — all members of the U.N. Human Rights Council — repudiated Bachelet’s report.

The same article notes that the International Committee for Peace, Justice and Dignity, which recently launched a letter-writing campaign to Bachelet calling for an end to U.S. sanctions, responded: “The Bachelet report does not contribute to the dialogue for peace, instead it tilts the scales in favor of the aggressor while ignoring the damage the Empire has done to the people.”

Radio Havana Cuba reported on the response by Alfred de Zayas, a widely recognized human rights law expert and former consultant to the U.N. Office of the High Commissioner for Human Rights. Zayas said the real and most urgent remedy for Venezuela is to end U.S. sanctions.

Zayas tweeted on July 19 that the report “should have clearly condemned the violence by extreme right opposition leaders and the calls for foreign intervention,” and called the report “fundamentally flawed and disappointing.”

Iranian Foreign Minister Mohammad Javad Zarif, who attended the meeting of the Non-Aligned Movement in Caracas in late July, extended solidarity to the Bolivarian Republic on behalf of the Islamic Republic of Iran and denounced U.S. aggression toward Venezuela. “The resistance of Venezuela to the United States is very important for the people of the world and the people of Venezuela,” Zarif said.

Disinformation is only one weapon in imperialism’s arsenal. There is also a growing military threat from Washington and its allies in the region. On July 19, a U.S. spy plane provocatively entered Venezuelan airspace. Another attack on Venezuela’s electrical grid occurred on July 22 and  affected much of the country. It was dealt with quickly and power was mostly restored by midweek, but the incident raised more suspicion of U.S. sabotage.

Venezuela is in fact under siege by U.S. imperialism, but President Maduro concluded his letter to Bachelet with great confidence in the people of Venezuela: “Know that Venezuela will continue standing victoriously and that no false report, nor attack, regardless of its coarseness, will tamper with our firm determination of continuing to be a free and sovereign people committed to the defense of its legitimate rights.”