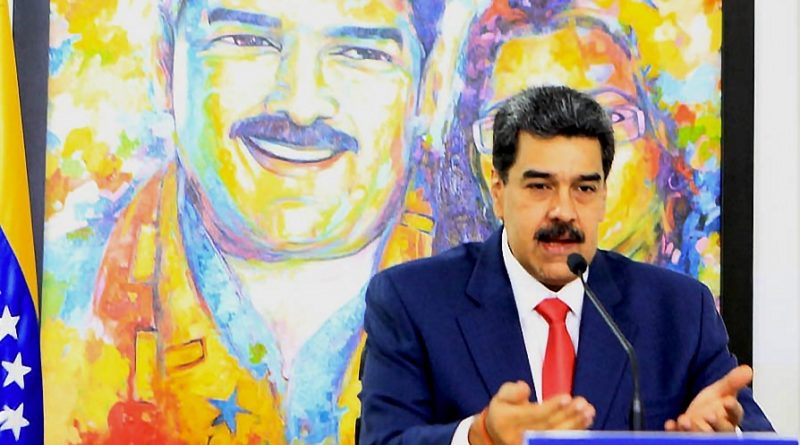 The Venezuelan President, Nicolás Maduro, asked the Non-Aligned Movement (NAM) to confront the United States government and ask it to stop the persecution against his country. “We demand the cessation of all unilateral coercive measures and that they allow our people to face the pandemic,” asked the head of state, this Monday, during his participation in the Extraordinary Summit of the NAM Contact Group, through videoconference. He denounced the US led mercenaries attempt to disembark this Sunday in Macuto and indicated that, in the next few hours, more information on the aggression will be given.

The Venezuelan head of state demanded the cessation of unilateral coercive measures by the United States against sovereign countries, in order to allow the acquisition of medical supplies necessary to fight the COVID-19 pandemic. He noted that it is necessary to allow the free functioning of the economy “naturally, without persecution” in an emergency situation that requires timely health care to stop its expansion.

In this sense, he called on NAM member states to directly reject restrictive maneuvers, to curb the escalation of aggression against nations such as Cuba, Nicaragua, Iran and Venezuela. “I want to thank the support of the Non-Aligned Movement in the declaration that has been approved, but I ask for more, that the Presidents activate direct preassure on the United States government,” he stressed.

RELATED CONTENT: Cuba: Response to Covid-19 Must be “Global and Combined”

He indicated that Venezuela bows to the call of the Secretary General of the United Nations (UN), António Guterres, for a cease-fire to concentrate efforts on the management of infectious disease, which globally amounts to more than 3 million 500 thousand cases.

He denounced the assassination attempt, unveiled on Sunday
In his speech, the President also referred to the actions of the mercenaries who ventured into the territorial waters off the coast of Macuto, in the state of La Guaira, on the morning of May 3. He denounced its purpose was “to kill the President of Venezuela.”

“That group of terrorists was confronted by the civic-military-police union, they were captured and they have confessed all their plans. We have all the physical and material evidence,” said the President. He stated that these mercenaries were trained in Colombian territory with the green light of President Ivan Duque.

Maduro stressed that in this new attack by the Venezuelan extreme right planned in coordination with the governments of Colombia and the White House, the American security agent Jordan Goudreau, an adviser in the war in Iraq and Afghanistan, participated, who yesterday showed in an interview, the contracts signed by the Venezuelan opposition to prepare this coup expedition.

He contested that the United States government finances terrorist attacks against the people of Venezuela who are currently fighting the fight for their health in the midst of the COVID-19 pandemic. In this sense, the President pointed out that in the next few hours more details will be released about this attack that sought to violate national sovereignty.

“A new world geopolitics that rejects the use of force, economic blackmail, unilateral sanctions, the fight for control of primary energy sources, the war of prey, the war of conquest and state terrorism,” he said.

Likewise, the president proposed the creation of a Scientific Council on Health of the Non-Aligned Movement, made up of the Ministries of Health of the 120 member countries that make up the bloc. “The Scientific Council must join the effort to create the Covid-19 vaccine. We need millions of tests to cut the chain of infections. It is vital to overcome the pandemic. We must achieve, as a Movement of Non-Aligned Countries, the access of the peoples to tests,” he said.

At the same time, he suggested that this Scientific Council hold a videoconference so that the current contingency can be explained in detail to the people.

The creation of an International Humanitarian Fund to serve the world’s most impoverished nations was previously raised by the historic leader of the Bolivarian Revolution, Hugo Chávez, at the International Conference on Financing for Development, held between March 18 and 22 2002, in Monterrey, Mexico. At that time, the Commander indicated that, with the contribution of a small percentage of the expenses in defense of large economies, the financing of projects to eradicate poverty and hunger would be achieved.

Maduro also highlighted that the summit of the Non-Aligned Movement is a unique opportunity to share what has been done around the fight against Covid-19.

In addition, he proposed that the World Health Organization (WHO) be nominated for the Nobel Peace Prize.

He also pointed out that thanks to cooperation with the People’s Republic of China, the Russian Federation and the sister Republic of Cuba, Venezuela is close to definitely breaking the transmission chains of Covid-19, thanks to humanitarian aid from Beijing, Moscow and Havana.

In context
The Non-Aligned Movement is an important forum for political consultation made up of 120 countries that aim to raise their voices on behalf of the interests and priorities of developing nations and establish a neutral current of non-alignment with the international policy of great powers.

Thanks to its large number of participants, NAM is the second largest body in the world, after the United Nations (UN). Currently, it has 120 member countries, 17 observer countries and 10 observer organizations.