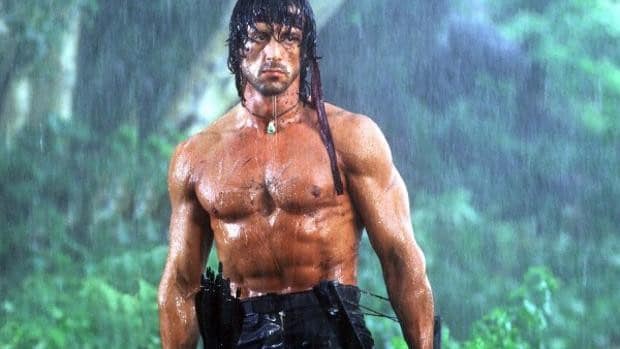 The Associated Press (AP) news agency has released an article signed by journalist Joshua Goodman with information presented as “exclusive” about the penultimate coup attempt against Venezuela.

In the text, Goodman relates the story of an “ex-green beret” who would have led the failed attempt to overthrow President Nicolás Maduro through a mercenary raid from Colombia last March.

The AP “exclusive,” in fact, is part of the denunciations already widely disseminated by the Venezuelan authorities about the frustrated operations to detonate an armed conflict in Venezuela under the execution of Clíver Alcalá, a retired Venezuelan general linked to drug trafficking and a fugitive of Venezuelan justice.

As we wrote in a previous note published on this platform:

On March 25 of this year, the Minister of Communication and Information Jorge Rodríguez alerted public opinion at a press conference about the “existence of three training camps in the city of Riohacha, Colombia, where the same number of paramilitary groups are being trained with weapons and explosives to carry out terrorist attacks and ops in Venezuela, with the support of US mercenaries and the support of the government of that country.”

The plan was to promote selective assassinations of high-level Venezuelan officials, including the placement and detonation of bombs in Venezuelan military units and centers of political power, with the aim of promoting general chaos and terror, taking advantage of the Covid-19 pandemic.

But the central objective of the operation was a new attempt to assassinate Maduro.

The weapons and equipment would go to Riohacha to enter Venezuela. But this movement was frustrated since the Colombian National Police seized on March 23 “26 5.56 AR-15 assault rifles and accessories for this type of weapon such as eight silencers, 36 butts, 45 sight units and 30 laser sights. Also, three bulletproof vests, 37 night vision goggles, four binoculars, two communication radios with 43 batteries and 15 helmets, among other elements, were found,” according to a report by W Radio in Colombia.

After the seizure of weapons, Alcalá acknowledged through his Twitter account that the weapons seized by the Colombian police were part of the plan and acknowledged that with them the “liberation of Venezuela” would begin. He later confessed that they “were part of an agreement between him and Juan Guaidó with American advisers that were intended to be used in an operation against Nicolás Maduro.”

What the AP agency tries to sell as a “revelation” had already been publicly denounced by the Venezuelan authorities in different forums.

In September 2019, the Venezuelan vice president Delcy Rodríguez had affirmed it in the United Nations Organization (UN) at its 74th General Assembly and the Venezuelan ambassador Samuel Moncada had done the same before the Security Council of that organization.

Alcalá referred to the signing of a “contract” where they made clear the commitments that explained the purpose of the weapons.

On March 26, Alcalá is placed on a list with the president of Venezuela and the Venezuelan military under indications from the US Department of Justice.

The retired general said that based on the same “signed document,” he did not understand that the US government was pointing at him and indicated that the Department of Justice probably “was unaware” of its existence.

Joshua Goodman’s article provides a detailed but clearly distorted description of the behind-the-scenes events of the failed operation.

His sources, he indicates, are 30 operators against the Venezuelan government, including military deserters who were in training camps in Colombia.

AP points to Jordan Goudreau, a US citizen and three-time Bronze Star winner “for his bravery in Iraq and Afghanistan,” as a mercenary operator who would be a US organizer or “advisor” in the dismantled operation.

Goudreau is the owner of Silvercorp USA, a private security firm, which according to AP was in charge of organizing, with Clíver Alcalá as leader in the field, the failed operations [as] they supposed the attack on Venezuelan military posts [would] trigger an escalation, to “make fall to Caracas in 96 hours ”.

He also comments on the role of Drew White, a former Silvercorp business partner who briefed the agency on the vicissitudes of the former green beret dealing with a group of “hungry” Venezuelan military without military equipment in Colombia.

It also introduces Keith Schiller, a former bodyguard of President Donald Trump’s, who, together with Goudreau, contacts representatives of Juan Guaidó in Miami, establishing from there a link that would lead to Clíver Alcalá.

According to the publication, Schiller is now a private security contractor and, in conjunction with Goudreau, was just another enthusiast for Maduro’s ouster.

Goodman’s article establishes a detailed narrative thread of all the events related to the failed operation, from beginning to end, concluding in the dissolution of the camps in Colombia and of any possibility of the operation, when Clíver Alcalá surrenders to the United States government at end of March, for having appeared on the Department of Justice’s list.

Through the aforementioned piece, it is evident that an operation is underway in the context of communications and public opinion.

Goodman’s article prides itself on establishing a roadmap of events that brought the former green beret to the Colombian-Venezuelan border, in a kind of adventure, with no single link or little knowledge of the US government of such operations.

“The AP found no indication that US officials sponsored Goudreau’s actions or that Trump has authorized covert operations against Maduro, something that requires notification from Congress.”

In the story, another US military man named “Mattos” is mentioned, who would have been in the camps and spoke of decimated and disorganized military “without US support”.

The AP refers that the entire initiative was a “private coup,” quoting Roen Kraft, a US organizer and fundraiser for the mercenary cause, who along with Schiller (Trump’s former bodyguard) were reportedly approached by representatives of Guaidó in Miami.

Kraft, who would be another AP source, allegedly lured potential donors with the promise of preferential access to negotiate deals in the energy and mining sectors with a possible Guaidó government.

They also introduce Hernán Alemán, a Zulia state deputy and former mayor of Cabimas, who declared himself a participant in the operation.

He told AP that neither the United States government nor the Colombians participated in the plot. “A lot of people knew it, but they didn’t support us (…) They were too scared,” he said.

The AP publication validates the role of Venezuelan intelligence in the timely dismantling of the onslaught, referring to the infiltration that would have taken place in the operations. But its reference is deliberately incomplete.

The AP does not credit accusations that have come from Venezuela at the highest level. On March 26, when the dismantling of these operations on Colombian soil was evident, President Nicolás Maduro himself made revelations about the direct role of the US government in the events, according to data from Venezuelan intelligence.

Maduro referred to the existence of a “contract”, the same that was mentioned by Clíver Alcalá publicly. However, Maduro gave more details about it.

In this document, Colombian officials, Juan Guaidó, political adviser Juan José Rendón, and US officials, pledged to carry out the onslaught and to stop prosecuting Alcalá if their operations were successful.

Maduro said that Alcalá was placed on the list of the US Department of Justice on March 26 with him and a group of Venezuelan military, as an act of punishment for having failed in his attempt.

“We failed.” Alcala said. He insisted on the existence of said contract and how Alcalá tried to use it to defend himself publicly against the accusations of the North American Department of Justice.

According to the president, the Drug Enforcement Administration (DEA) authorized financing, weapons, training personnel, and logistical support for mercenary operations in Venezuela. It would be a DEA official, one of the signatories of the contract with Alcalá.

Joshua Goodman’s article does not mention the existence of such a contract, being a key piece, publicly endorsed by Alcalá and investigated by Venezuelan intelligence, according to President Maduro.

The media cover-up of a failed operation

The AP publication is likely to be the starting point in a large-scale communication operation to untie the US government and its agencies from the failed mercenary war.

The Trump Administration, mired in political chaos at the expense of the advance of the Covid-19 on US soil and with serious problems for the re-election of the president, would be safeguarding its participation in these events, establishing a rigorous but false story where they nowhere appear as its officials.

This is understood in communicational terms as a form of “cover story”.

In other words, a cover story to prevent public opinion from discovering the details of the role of the US and Colombian governments in the serious act of trying to detonate an outsourced war in Venezuela. A fact that poses a serious risk to regional security and stability.

Covert or mercenary operations are known to have been part of the scaffolding of destabilization, overthrow, and war that Americans have executed for decades.

Silvercoup USA and Jordan Goudreau are placed at the center of this story as if he were a “Rambo” in the Caribbean, a lone wolf through an entirely private initiative, allegedly behind the back of the US intelligence complex and without any support from it.

A narrative that falls under its own weight.