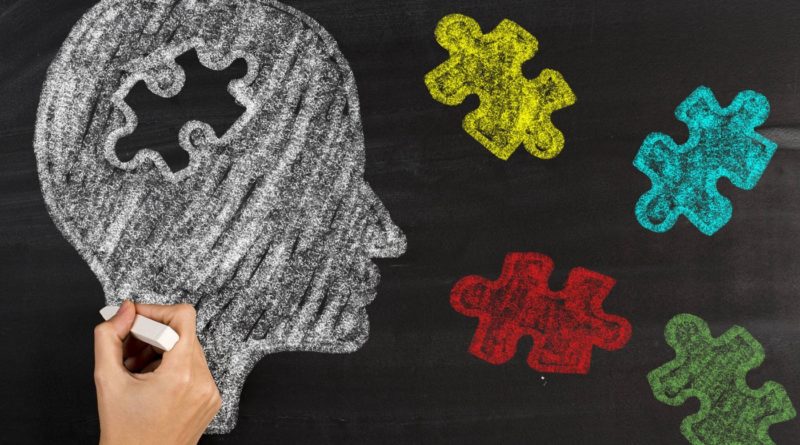 The pandemic of the new coronavirus in Venezuela has revived in a month the panorama of acute economic destabilization of previous times.

The stampede of the parallel dollar and, consequently, the high prices on the shelves, once again become the determining factors of a scenario of enormous economic difficulty for the country, in the short and medium term.

Unlike the shortage cycles of 2015 and 2016 and the systematic hyperinflation of 2017 and 2018, the short circuit of the Venezuelan economy, this time, comes from the hand of this external and unpredictable event, accompanied by its destructive effects on prices, world oil and international trade.

As an immediate effect, the pandemic has suddenly interrupted the fragile balance of power that the Venezuelan government had built with private economic actors since the beginning of this year, which brought with it the stabilization of the price of the dollar, the mobility of economic activity (especially commercial) from the flow of foreign exchange from remittances and some degree of relief compared to the chaos of previous years.

At the same time, the United States has taken advantage of the pandemic to radicalize its hybrid war against Venezuela (a topic quite well explained by Arantxa Tirado in her last article ), while the Venezuelan government focuses on stifling the Covid-19 contagion curve.

As the US State Department has been saying since 2018, “the sanctions are working.”

And reality offers the living testimony of that affirmation: the country has been left with minimal gasoline inventories, the money stolen from the Republic at the hands of the US Treasury Department is being distributed among the management layer of the continued coup (aka Guaido), while the imports and oil revenues on which the country depends are on the floor like never before in recent history.

With its latest moves, framed in the “anti-narcotics” military deployment and an overdose of illegal sanctions, the Trump administration is showing its interest in transforming Covid-19 into an artillery piece in the confrontation against Venezuela.

The intention is to bring the country into a climate of extreme social and political tension that creates the conditions for a new coup skirmish, as the tightening of the blockade does its job complicating the health and economic management of the pandemic.

Since the success of this macabre new calculation by the White House is not guaranteed, meanwhile they have instrumentalized the Venezuelan question to distract attention, as much as possible, from the social and health chaos that is causing the pandemic within the United States borders. This is confirmed by nothing more and nothing less than the gringo magazine Newsweek.

RELATED CONTENT: US Promises China a Financial Revenge for the Epidemic (US Financial Crisis – Legendary Level)

For the first time in the short wave of the conflict for the (geo) political control of Venezuela, Washington intensifies its maneuvers to overthrow Chavismo while adrift as a nation-state and world power.

The noises of secession , the fuss of civil war and social outbreak have begun in the face of chronic unemployment, the pile of deaths and the critical inequality that the pandemic is leaving in the US. This picture of systemic collapse has caused the US leadership in the international system to erode, generating the conditions of instability, chaos and uncertainty that have led to major geopolitical transitions in the last five centuries.

In addition to the material difficulties of Venezuela in the midst of these unprecedented and uncontrollable conditions, there are the ideological difficulties in understanding the framework of the current situation. There is a feeling of emptiness and loss of ideological coordinates that used to explain our reality in a coherent way, especially from the left. But it goes further.

There is a certain idea that no approach can fully explain the social and political framework in which we operate. Among the various historical and social causes that provoke this sensation, the compartmentalized thinking globalized after the collapse of the socialist experience in 1989–1991 stands out. The neoliberal paradigm emerged victorious.

And no current of modern thought escapes that legacy.

The catastrophic clash with reality, in concrete terms, has generated a mosaic of misperceptions about the various topics and public debates that articulate our political reality. We have an example of this in the idealistic filter when analyzing the performance of Chavismo in the state and in the economy.

Historically, from the right, it is understood that the government insists on a failed model. There is no news there. However, the mainstream of the self-styled Venezuelan “left” insists on adding a nuance: it would no longer be a matter of economic mismanagement, which it is too, but a conspiracy between Maduro and private capital to intentionally provoke hunger of millions of people with a salary of $ 4.

According to their views, Maduro would enjoy this situation as part of his systematic policy of handing over the legacy of Chávez, while being an active accomplice of the capitalist currents that are intentionally destroying the country.

For them, the government has opted for a neoliberal solution to take political and economic advantage without caring about the rest of society.

The main problem with this approach is that it starts from premises that are not grounded in the material conditions of the country.

Venezuelan oil is trading at $ 9 (it is being produced at loss), historically the country imports what it needs with that income and right now the billion dollar resources of the Republic are being hijacked by the Washington-Guaidó mafia. In summary: the country is financially in a situation that borders on bankruptcy when the oil crisis is combined with the US blockade and the pandemic.

However, these factors of distortion and evident crisis are not taken into account when they analyze the economic problem, since it is about forcing the idea that the economy is numbers and figures and not power relations.

As the pamphlet rules in their heads, they are eager for “revolutionary” proclamations and edicts and other “radical” measures that change the situation completely, as if reality worked like this, on principles. They insist that the situation can turn upside down if “revolutionary” measures are taken, evading something as important and elementary as that the country has no money.

While they think that it all comes down to gimmicky proclamations and measures, Maduro must ride the contradictions of being at the forefront of a historically inefficient state like that of Venezuela, incapable of mobilizing financial resources, in possession of a devalued currency and living with a private sector that developed itself in light of a declining oil rent. Under such conditions, it is difficult to project a scenario of sudden victory.

Ideological purism prevails (governing with “the people”, “ending the bureaucracy”, “distributing wealth”, etc.) above a reality that marks specific political limits. It starts from the false idea that you can make a Venezuelan style revolution, face the dominant powers, and at the same time, have a lifestyle and a political reality that survives the existential tensions that processes of these characteristics generate. It is fragmented thinking.

For them, Maduro should “defend” – truly, not a lie as he usually does – the “working class.” It does not matter that, instead of forming a working class in the country, a proletariat dependent on the state and the tertiary sector was historically formed, stimulated by the consumption of a diminished and minimal oil rent. But that is not important. Knowing how the society in which you live works is always a secondary element for them.

Maduro should also destroy the capitalists, declare a war without quarter, regardless of whether these measures generate shortages or exacerbate difficulties amid the pandemic. It does not matter. The important thing is to have a radical, “revolutionary” stance, to look nice to yourself.

Lastly, it should implement the communes and give all power to “popular power”, as if a cultural change was made official by decree.

But politics does not work that way. Maduro has had to manage a state that is becoming unfeasible, a destroyed economy and an international war that has already put a price on his head. In such a scenario, where each movement defines strategic issues, it has had to build consensus with sectors that are committed to ousting him. That is what governing means.

It is very easy to ask for the heads of the businessmen, but not to face the costs of the country being left without the few basic inputs that it has left or that Washington makes its onslaught worse.

It is extremely simple to demand structural changes in the economy, in the state, but not have to manage the country’s growing needs with public coffers almost empty.

This intellectual deviation goes far beyond economics. And their vision of it stems from a key error in understanding the Venezuelan political process in its origins and formation.

They tend to believe, and take for granted, that Chavismo is an organized and systematic popular movement that Chavez crystallized in elections. And no, it is totally the opposite: Chavismo was born as a military movement that upon reaching the state became hegemonic in Venezuelan society because it knew how to interpret it.

They fall into the mistake of thinking that Chavismo is a kind of autonomous entity, trying to dramatize a confrontation between “the people” and “the bureaucrats” and “the military”. And this is also a misreading: Chavismo took shape because it was forged in a logic of power management, and not because it has fought in an organized fashion against the neoliberal governments prior to Chávez.

The problem with this perception is that everything related to the state, from CLAPs or community management of different issues in public institutions, is seen as non-revolutionary or not very transformative forms of organization. The “revolutionary” is that which is purest, the one that shouts the loudest, the one that makes the best claims for the working class.

These intellectual distortions cover all other areas, including the terrible failure to analyze the Venezuelan process from an economic perspective, where political success is measured in terms of GDP or inflation. The coup in Bolivia has knocked to the ground the myth that the economy precedes politics.

The political and social dynamics, the organizational instruments that Chavismo has created, escape from the analysis, in the midst of circumstances where eating and having public services is a daily challenge. Fragmented thinking again overcomes and eclipses the common effort of thousands of Venezuelans who face an unprecedented situation, organizing themselves according to the instinct and lessons of Chávez.

The so-called “left” currents have been misled by their own myths. According to its corollary, the military (and less the police) are essentially not revolutionaries, the commune must replace all forms of “bureaucracy”, the state is always bad, businessmen must always be cornered.

From this magical thinking emanates the thesis that politics is a matter of principle and not a contingency of ever-changing historical and social factors. This causes their theory of power and politics to be extremely childish, even though they cover themselves with Marxism. As long as politics are principles and essences, the field of action will always be limited: everything that is not “revolutionary”, and pure ideologically, must be discarded.

Having a political strategy that encompasses various sectors of society seems to be synonymous with treason.

If Chávez had based his political strategy on these schemes, we would not have gotten here. And that continues to be questioned by those who call themselves “left”.

Let’s continue learning from what he taught us so we don’t get lost.