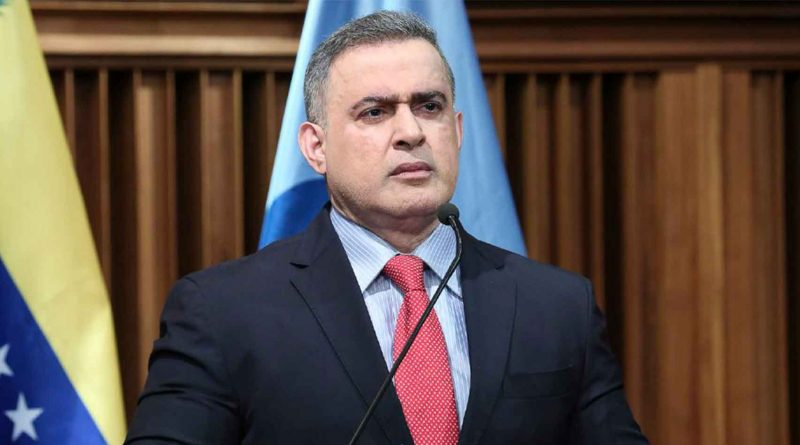 The Attorney General of the Republic, Tarek William Saab, stressed that since 2017, a two-year period of him leading the Public Ministry (MP), an unprecedented battle against corruption has been waged.

During a press conference, held at the headquarters of the Public Ministry, to present an account of his work leading the institution, he highlighted that 20 cases related to Petroleos de Venezuela (PDVSA) were unveiled, in which 100 officials were prosecuted.

In addition, he noted that 60 former prosecutors have been deprived of liberty and another 40 are prosecuted for corruption offenses in the exercise of their functions.

RELATED CONTENT: USA vs. Venezuela: The Embargo as Part of a War With No Turning Back (Interview – Julio Escalona)

He indicated that the MP has made 6,910 charges for corruption offenses and 644 convictions.

“To avoid corruption between detention and imputation, a pilot rotation plan for prosecutors of the Public Prosecutor’s Office was initiated, this will be done in all the cases of flagrancy,” he said.

Regarding gender violence, he highlighted that 554 cases, 1,537 indictments and 119 convictions have been recorded and that 110,000 security measures have also been issued.

“The previous administration closed cases of gender violence without investigating them. Our management set out to reopen those cases.”

Saab also indicated that 406 officials have been charged with violation of human rights, and sentences have been obtained for 109 officials.

On anti-drug matters, he reported that six people were arrested on Wednesday in Ciudad Bolívar, who were selling marijuana cookies through Instagram.

In cases of extortion and kidnapping, he said that 259 investigations have been carried out, in which police officers are involved.

On the other hand, he highlighted the work that has been carried out from the National School of Prosecutors during his administration, with the training of 138,639 officials in different branches.