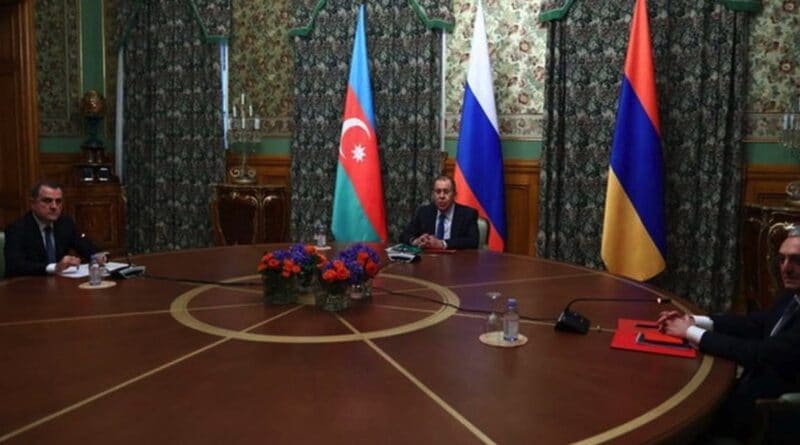 Azerbaijan and Armenia agree to a ceasefire in Nagorno Karabakh, under the mediation and international leadership of Russia, after two weeks of intense fighting.

As reported by the Russian Foreign Minister, Sergei Lavrov, the truce will come into effect from 12:00 this Saturday, October 10, while he stressed that both parties had agreed to start “serious negotiations” on the future of the region.

The announcement comes a few hours after the Foreign Ministers of Armenia, Zograb Mnatsakanyan, and of Azerbaijan, Ceyhun Bayramov, traveled to the Russian capital, Moscow, to participate in a round of negotiations promoted by the President of Russia, Vladimir Putin, and supported by the US and France.

“The parties agreed on the next steps. First: to declare a ceasefire as of 12:00 on October 10, 2020, for humanitarian purposes, to carry out an exchange of prisoners of war and other detained persons, as well as an exchange of corpses with the mediation of the ICRC (International Committee of the Red Cross),” adds the joint communiqué of the Armenian, Azerbaijani and Russian Foreign Ministers.

Lavrov also pointed out that the parties to the conflict had confirmed the invariability of the format of the negotiation process, and later added that the specific parameters of the armistice will be further agreed upon.

“The Republic of Azerbaijan, the Republic of Armenia, with the mediation of the co-chairs of the Minsk Group of the OSCE (Organization for Security and Cooperation in Europe), and on the basis of the basic principles of solution, begin negotiations in order to soon reach a peaceful resolution ”of the conflict in Nagorno-Karabakh, the Russian Foreign Minister said.

Dozens of people have lost their lives since the flames of the conflict were fanned in this disputed area. In addition, hundreds of injuries and deaths have been reported, the shooting down of helicopters and fighter planes, and the destruction of tanks and armored vehicles on both sides.

The Nagorno-Karabakh region, with a predominantly Armenian population and internationally recognized as Azerbaijani territory, decided to secede in 1988 from the then Azerbaijani Soviet Socialist Republic.

In 1994, after four years of military conflict, some European and regional governments intervened to end the territorial dispute between Baku and Yerevan, and a ceasefire was finally established with the mediation of the Minsk Group. However, until now international efforts to resolve the conflict peacefully have been unsuccessful.