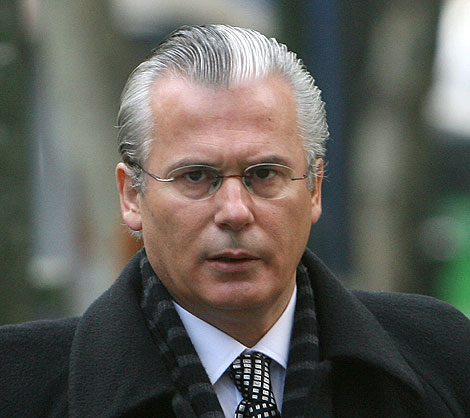 The lawyer analyzes the reasons that led to the outbreak in Chile and warns about the dangers of using the military to suppress social protest. “The army is not prepared to control public order, but to make war, to bend the enemy or destroy it,” he says in an open letter published by the Spanish digital newspaper infoLibre.

I am Baltasar Garzón, the Spanish judge who ordered the arrest of Augusto Pinochet in London on October 16, 1998. I don’t know him, nor have I shown interest in doing so. Yes I have done with all the other democratic presidents of your country, whom I love so much. Perhaps because of my love for the Chilean people and for the defense that I have always made of the victims, my defense of the original peoples and of the most vulnerable, I have decided to direct this letter with deep pain and indignation for what is happening in Chile.

Mr President, it seems that Chileans and Chileans have said enough. And they are saying it loud and clear. It is a spontaneous social outbreak that is not directed by any political party. A simple student protest over the rise in the subway ticket, severely repressed by the police, Carabineros de Chile, was the fuse that ignited the rage and anger accumulated over almost thirty years. They have been the executors of a political measure ordered by their government.

Mr. President, it will be convenient for me that, under the purported economic miracle that many attribute to Pinochet, a development model maintained by the Chilean transition and subsequent democracy, lies the sad record of being one of the ten most unequal countries in the world, the same level of Rwanda, according to the Gini index applied by the World Bank.

It is true that there is development and wealth in the country, but only for a small political and business elite. Likewise, Chile also has unbeatable macroeconomic figures, with sustained growth for decades, but with a gradual and constant impoverishment and indebtedness of the vast majority of citizens, which this year reached its all-time high, according to the press and the Central Bank itself. Your country, Mr. President, also entered years ago the select club of rich nations, the Organization for Economic Cooperation and Development (OECD), as a brand new developed country, with high levels of productivity and competitiveness, but, again, at the cost of low wages for workers and almost total lack of social protection.

As the highest political authority, you should know that the Constitution currently in force in Chile was adopted in the midst of a military dictatorship, by holding a referendum that took place while Pinochet’s frontmen tortured, murdered and disappeared political opponents. That Constitution underwent several modifications to make the transition possible and then the entry into democracy, and it has been subsequently reformed countless times, but its spirit and orientation remain the same. There is no “social” and democratic State of Law, but a “liberal” or “neoliberal” or “subsidiary” State of Law. This implies that, with exceptions, the public services of the State are of poor quality, designed for people with very few resources or homeless people, so whoever wants to access them in adequate conditions, must hire them in the market. This is the case with education, with health, with pensions, with transport and with a long etcetera. Actually, despite the efforts of some progressive governments, there is no welfare state. In the neoliberal logic, the State must be small, as small as possible, so if someone wants to access quality services, they must pay for them with their own resources, thus turning citizens into mere consumers of private services.

That is why, Mr. President, that in recent years the protests of secondary and university students, of pensioners, of workers claiming a living wage have been seen, without their demands being duly met. The discontent, the lack of expectations, the indifference of the authorities and their unfulfilled promises, together with millionaire corruption scandals of large companies, of politicians, including the Army, of the own Carabineros de Chile Corps and, of course, of your own. You are accused of allegedly enriching yourself illegally in the dictatorship and evading real estate taxes for thirty years. All this meant that a slight increase in the price of the subway was the drop that overflowed the glass, together with an uncontrolled and brutal police repression of secondary students.

You may not like to hear this, but you, as president, face a social protest unprecedented in democracy, and with the neoliberal heirs of Pinochet that currently govern the country, you have found no better way out than to implement a strategy that you know very well: go to the Army so that the military again goes out to repress the people.

Needless to say, violence breeds more violence, that you cannot fight the fire with gasoline, that with the military on the street sooner or later there will be serious injuries and more deaths. The army is not prepared to control public order, but to make war, to bend the enemy or destroy it. Whenever the military goes out, even if it is to “fight” or “fight” in a supposed war on crime, things have only gotten worse. Crime, looting and excesses do not cease, but they add state violence, which is exercised indiscriminately and then hidden in the worst way to ensure impunity. But, Mr. President, you and the government you lead are wrong about the objective: The people are not the enemy but the victim, and the people must be protected and not punished with exceptional measures.

“We have lost our fear!”, Chileans say on social networks, “Chile woke up!” is one of the slogans of this spontaneous social movement that is already beginning to organize. “This has only just begun!” Others say. “We have to continue!” says a farmer when he sees how, in the face of protests, that dry river yesterday flows today after an important company released the unjustly seized water from those who subsist from agriculture.

For our part, we continue and will remain very attentive to what is happening in Chile. Know that the human rights violations that are being committed and the crimes committed against the civilian population, this time will not remain in impunity because, in addition to the Chilean Prosecutor’s Office and the National Institute of Human Rights, there is Universal Jurisdiction, there is the International Criminal Court, the Inter-American Human Rights System and an attentive and vigilant international community, which will not allow Chile to return to repeat the horrors of the past.

Do not doubt it, Mr. President, that we are not of the opinion of the OAS Secretary General, who blames everything that happens in Latin America on Cuba, Venezuela, Rafael Correa, Lula da Silva, Cristina Fernández de Kirchner or Alberto Fernández and those who disagree with the neoliberal wave that again with the patronage of the north, as happened in the 70s, ravages the continent. This time we will not be fooled or humiliated by those who again want to overwhelm and end the democratic resistance and expression of the people.