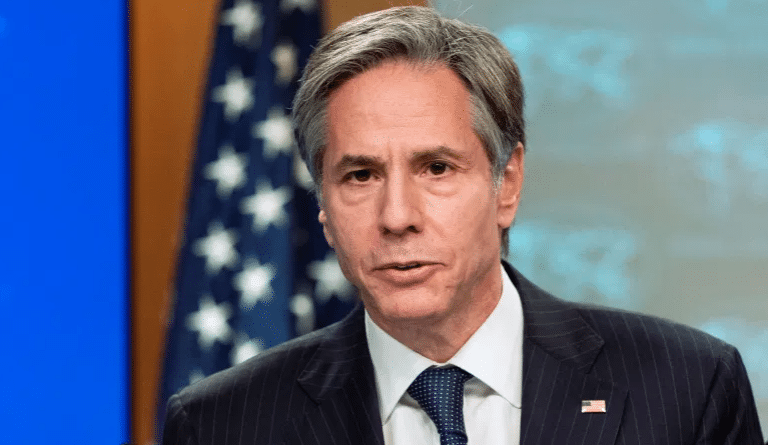 According to a State Department press release, Blinken defended the importance of a “return to democracy” in the Caribbean nation.

“Secretary Blinken described our efforts to work with likeminded allies, including the European Union, Lima Group, Organization of American States, and International Contact Group, to increase multilateral pressure and press for a peaceful, democratic transition,” the statement reads.

The call, which also focused on the “urgent humanitarian needs in Venezuela,” represented the first official contact between the administration and the opposition politician, who thanked Blinken and Biden for their “firm commitment” to “restore democracy” in the country.

Guaidó proclaimed himself “interim president” in January 2019 and secured immediate recognition from the US and allies. He went on to lead several unsuccessful attempts to oust the Nicolás Maduro government by force, including a military putsch. The former National Assembly president was also linked to a failed paramilitary invasion in May 2020.

Guaidó’s failure to deliver on promises to take power alongside a string of scandals and calls for US sanctions saw his position increasingly questioned amidst opposition ranks, with leading figures calling on Washington to put an end to the “interim presidency.” His standing has additionally come into question internationally, with the European Union no longer recognizing him as “interim president” after the ruling United Socialist Party (PSUV) won a parliamentary majority in legislative elections boycotted by Guaidó and hardline loyalists.

While there were questions on the new administration’s Venezuela policy before the inauguration, Blinken was quick to assert that Biden would continue on his predecessor’s path, particularly in regards to unilateral sanctions.

Under the Trump administration, the Treasury Department levied successive rounds of sanctions against several sectors of the Venezuelan economy, particularly oil. Despite criticism from multilateral bodies, Secretary Blinken stated that the Biden White House would continue the policy and look to make sanctions “more effective.”

The position was reiterated this week when an anonymous White House official told Reuters that the administration is in “no rush” to lift sanctions against Venezuela, instead calling on the Maduro government to take unspecified “confidence-building measures.”

“If the regime undertakes confidence-building measures that show that they’re ready and willing to engage in real conversations with the opposition… if they’re ready to take serious steps, then we will consider the alleviation of sanctions,” the official was quoted saying.

UN Human Rights Rapporteur Alena Douhan presented preliminary findings after a recent visit to Venezuela, determining that sanctions have a “devastating” impact on the Venezuelan population and calling for the measures to be “lifted and revised.”

A group of 26 US Democrats led by representatives Ilhan Omar (D-MN) and Jesús “Chuy” García (D-IL), and Senator Elizabeth Warren (D-MA) likewise penned a letter urging the Biden administration to revise its sanctions policy amidst the COVID-19 pandemic.