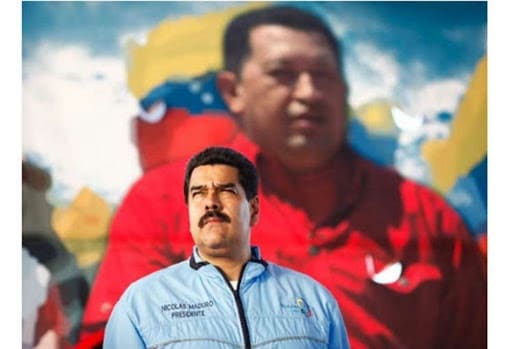 On the afternoon of Friday, March 5, minutes after a tribute event for Commander Hugo Chávez, President Nicolás Maduro shared a message with the people of Venezuela through the messaging platforms WhatsApp and Telegram.

The Venezuelan head of state ratified his commitment to all Venezuelans, men and women, and friends from around the world. He said he was sure that all those people are aware that Chávez gave everything he had: his own life.

“I want to send a greeting today, Friday, March 5, 2021, to all my neighbors and followers. I wanted to communicate this afternoon with the memory of our beloved commander Hugo Chávez,” Maduro said in a voice recording.

He highlighted that at 4:25 in the afternoon, the cannon was fired at the Cuartel de la Montaña, a historic building located in the 23 de Enero parish, one of the most popular in Caracas, and an emblematic symbol of the struggles for democracy, where the remains of Commander Hugo Chavez are buried.

“We had the same rain. A wisp over Caracas, just like eight years ago,” said Maduro. “The pain is the same, the memory is deep, the passion for our leader, our commander, for his ideas, for his legacy, for the example he left us.”

“Today, eight years later, we can say that we’ve resisted and are victorious on the path of Chávez. And we are sure that sooner rather than later the achievements he left us will flourish anew, the socialist welfare state will recover, violated by the sanctions, the brutal criminal war.”

Nicolás Maduro Moros reflected on the fact that we Chavistas “never imagined living through everything we have experienced. But, eight years later, I can say what strength our people have had, what higher consciousness, what beautiful values.”

He also recalled the words of Chávez, in his last proclamation of December 8, 2012 , when he stated that “we have a homeland, and whatever happens we will continue to have a homeland.”

He sent his embrace and greetings to the entire family of Commander Hugo Chávez Frías, remembering the painful moments of that March 5, 2013. “But, above all, to his people, my embrace of greetings and my embrace of permanent commitment,” said the head of state. With the passing of time, added Maduro, the example and memory of Commander Chávez grows and expands as a symbol of struggle.

Featured image: President Nicolas Maduro with a photo of Hugo Chávez in the background. File photo courtesy of RedRadioVE.