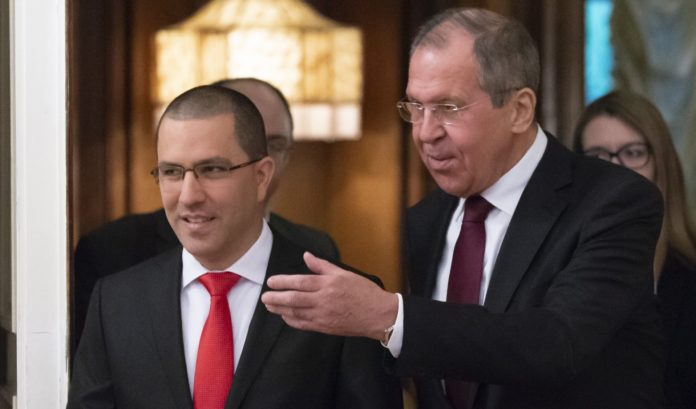 The Russian Ministry of Foreign Affairs informed through a post on its Twitter account that the top diplomats, Arreaza and Lavrov, will discuss the present situation in Venezuela and in the region, bilateral relations, and the fight against the pandemic.

On February 11, the foreign affairs ministers of Russia and Venezuela met in the city of Geneva, Switzerland, within the framework of the session of the United Nations Human Rights Council.

Earlier that month, on February 7, the ministers met in Caracas, during Lavrov’s visit to the Bolivarian Republic of Venezuela. That day the Russian minister also held meetings with Executive Vice President Delcy Rodríguez and the Venezuelan head of state himself, Nicolás Maduro.

Rejection to sanctions
The Russian government, headed by President Vladimir Putin, has reiterated its support to Venezuela in rejection of the unilateral coercive measures imposed by the United States government. In this regard, the Russian authorities consider “pernicious” the effect of sanctions on the stability of Venezuela and the peace of the Venezuelan people.

The Russian government has also repudiated the threats of the United States government that aim for an eventual military intervention against Venezuela. In addition, Russia has offered to contribute to the processes of dialogue that President Maduro launched with sectors of the opposition and continues to request even the extreme right opposition to join the dialog.

President Nicolás Maduro and his Russian counterpart, Vladimir Putin, frequently highlight the high level of cooperation mechanisms that exist between Caracas and Moscow.