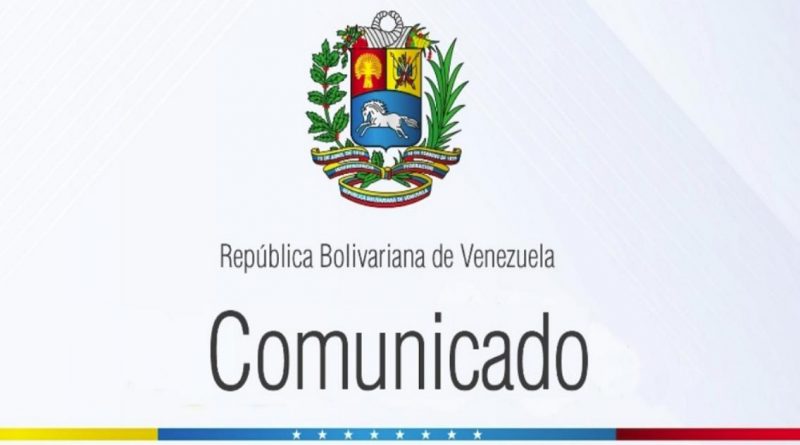 The Venezuelan Ministry of Foreign Affairs released an official communique in regards to the new US manoeuvre in order to achieve their regime change objectives. This time using the anacronic and almost death military treaty known as TIAR within the discredited Organization of American States (OAS).

Bolivarian Government categorically denounces the invocation of the disastrous TIAR

The Government of the Bolivarian Republic of Venezuela strongly denounces before the international community and the peoples of the world the despicable decision of a small group of governments of the region that, aligned with the interests of the supremacist Government of the United States, invoked the activation of such a disastrous instrument of the history of our continent as the Inter-American Treaty of Reciprocal Assistance (TIAR).

It is necessary to remember that the TAIR was imposed on our region by the United States within the framework of the Cold War, whose purpose was to legitimize military interventions in Latin America for ideological reasons. This happened in Guatemala in 1954, in Cuba in 1961, in the Dominican Republic in 1965, in Grenada in 1983 and in Panama in 1989. It is also important to underline that, when there was a real aggression of an extra-continental power against a Latin American country, as in the case of Argentina in 1982 by the United Kingdom, the United States betrayed the continent and ignored its activation, aligning with its partner of the North Atlantic Treaty Organization (NATO).

It is a shame that countries, that were invaded by US troops and whose peoples were slaughtered due to the implementation of the TIAR, today endorse a similar crime against a brotherly country in a session of the OAS Permanent Council, which is clearly void and null. It will be the history and the peoples of the Great Homeland who are responsible for judging this improper attitude.

On May 14th, 2013, the Venezuelan State denounced the infamous imperial instrument and, together with other countries in our region, withdrew from it. For this reason, the Bolivarian Republic of Venezuela does not accept or recognize any obligation derived from this Treaty, shameful inheritance of neo-colonialism in Latin America and the Caribbean.

The Bolivarian Republic of Venezuela calls upon the countries and peoples of the region to firmly reject the claims of this small group of countries that within the Organization of American States (OAS) threaten the peace and integrity of Venezuela and of the entire continent.

Venezuela will continue to adhere to the principles of the Charter of the United Nations, respect for international law, the practice of multilateralism and peace diplomacy, and in the search for dialogue amidst the diversity, coexistence and well-being of our peoples.