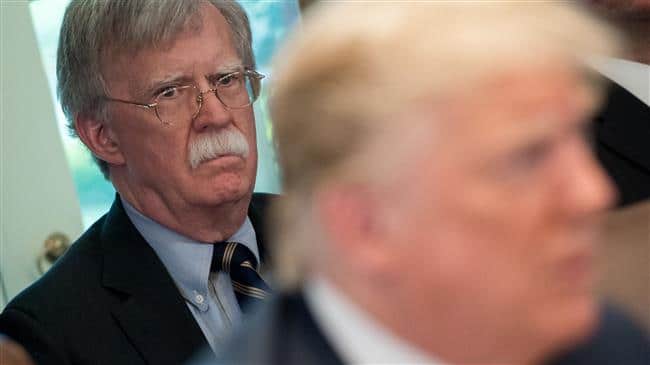 November 23, 2020.-  “I think Trump is throwing rocks through windows,” Bolton told CNN.” “I think he’s the political equivalent of a street rioter.”

Trump took Biden to task on Sunday as he moved ahead with his plans to announce his cabinet line-up, saying the Democratic rival was moving “too quickly” in forming the next administration.

Trump has refused to concede to Biden and launched numerous legal challenges to the election results.

Trump has “given up on the legal issues,” Bolton claimed, adding that his campaign has lost almost all of the legal challenges it has brought nationwide.

RELATED CONTENT: Bloodthirsty John Bolton’s Book Fueled by Frustration the President Hasn’t led the US Into a Major War

“I think what he’s trying to do now is sow enough confusion that he can break through what’s called the ‘safe harbor’ provision in the Electoral College process,” Bolton said. “I think he’s playing for as much time as he can, hoping that something will happen.”

“This is not a legal exercise anymore,” Bolton said. “As we saw on Friday, when the Michigan legislators were called to the Oval Office, this is now an exercise of raw political power.”

Meanwhile, Biden is set to roll out several top cabinet picks next week as Trump keeps disputing the election results.

Trump has refused to concede defeat in the November 3 election and mounted multiple legal challenges to reverse the results in several key states. His Democratic rival was declared the projected winner.

Biden won the state-by-state Electoral College votes, which decide who takes the White House, by 306 to 232, according to media reports.

The Electoral College is set to formally vote on December 14, with certifications to occur beforehand.

The incumbent’s attempts to thwart certification of vote tallies have so far failed in courts in Georgia, Michigan and Arizona.

Election officials in Wisconsin have also accused Trump’s observers of obstructing a recount of the votes in the state’s largest counties of Milwaukee and Dane.

Legal experts argue the Trump’s lawsuits stand little chance of changing the outcome of the 2020 US election.

Critics have said Trump’s refusal to concede would have serious implications for the US national security and in impeding the fight against the coronavirus pandemic, which has claimed the lives of about 256,000 Americans.

Featured image:  In this file photo US President Donald Trump speaks alongside National Security Adviser John Bolton (L) during a Cabinet Meeting in the Cabinet Room of the White House in Washington, DC, May 9, 2018. (AFP photo)