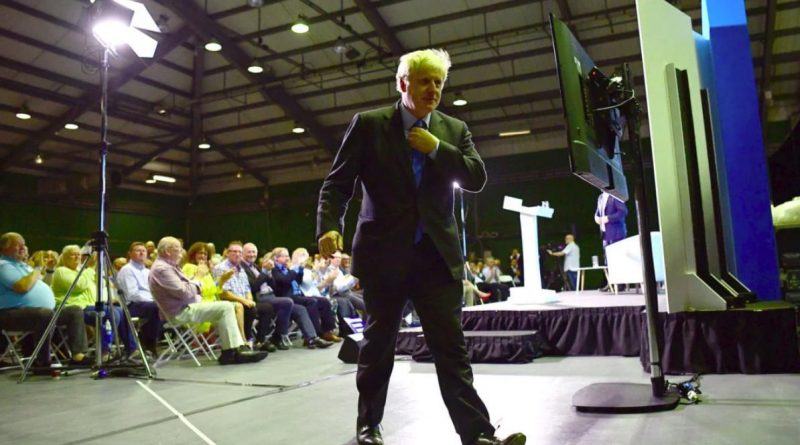 This week, after years of scrabbling for power, Boris Johnson becomes the leader of Britain’s Conservative Party, and by extension, prime minister of the country. He has trod the path to power in stages. In recent years, he opportunistically sided with the pro-Brexit side in the 2016 referendum, a key endorsement that undermined then-Prime Minister David Cameron and helped push the “yes” vote to victory. Then he helped to systematically undermine the next prime minister, Theresa May, as she tried to untangle the impossible Gordian knot of Brexit. Then, he wooed enough conservative members of parliament (MPs) in the Conservative Party’s byzantine leadership election process to ensure that he would become a front-runner candidate. And, finally, he convinced a majority of the party’s 160,000 members — a disproportionately white, affluent, suburban and rural electorate — to vote for him, and his nationalistic vision of Britain, over his opponent, the current Foreign Secretary Jeremy Hunt. Johnson beat Hunt by a wide margin, winning 92,153 votes while Hunt tallied 46,656.

Johnson’s turnaround is remarkable for a man who found himself in the political wilderness a couple of years ago, forced to resign his position as foreign secretary after refusing to bend to Theresa May’s will over how to conduct Brexit negotiations with the European Union.

Boris Johnson has long craved power – not to implement any grand ideological agenda, but rather to show the world that he’s a big enough man to rise to the top. He is, as many critics have pointed out, without a true political core, his project more one of personal vanity than of principle.

The new British leader has, over the years, repeatedly ideologically reinvented himself to suit the changing mood of the country and, in the process, has gone from being the consummate fine-wine-swilling, urbane journalist, to being an improbable populist. Like Trump, he has a somewhat colorful personal life, yet appeals overwhelmingly to a core base looking to reimpose a more traditional sense of morality on a diverse population. This part of the electorate is seeking, in its imperial nostalgia, to “Make Britain Great Again.” Johnson, like Brexit itself, has become an avatar for those disaffected with the arc of history.

Educated at Eton, the much-storied boarding school for Britain’s elite, and then as a classicist at Balliol College, Oxford (the alma mater of this writer, too, and long the training ground of many of Britain’s top politicians and journalists), Johnson prides himself on his quick wit, his erudition, and his ability to bring an opponent to heel with a few well-timed insults and humorous put-downs. He has always fashioned himself as Churchillian in style and in temperament, and a few years back, wrote a book about Churchill that critics saw as a thinly veiled attempt to appropriate the man’s reputation for himself.

Once upon a time, when Johnson was running for the presidency of the prestigious Oxford Union debating club, he tried to broaden his appeal by calling himself an environmentalist rather than a conservative. He lost that election — but established enough of a reputation in the somewhat closed world of Oxford debating that he was able to win the presidency a year later.

Boris Johnson is, as many critics have pointed out, without a true political core, his project more one of personal vanity than of principle.

As a journalist in the 1990s, he made a name for himself while reporting out of Brussels for the right-wing Daily Telegraph newspaper by ruthlessly lampooning European Union bureaucracy and regulations. His stories were frequently more fiction than hard news. Yet they were entertaining, and, more to the point, they played into a growing anti-European narrative in a country that had joined the European Economic Community, as it was then called, late in the day, and had never wholeheartedly embraced the idea of closer economic and political integration with its continental neighbors. Johnson was shockingly “anti-political-correctness” and anti-European. To his opponents, his stances simply meant he was retrograde, his openly racist comments putting him beyond the pale. To his supporters, he was simply telling it like it is.

In the same way as Trump established a loyal fan base through “The Apprentice,” so Johnson used his columns and his feature articles to build a personal brand that he would, subsequently, migrate over to the world of politics.

Johnson was elected to parliament, from a parliamentary constituency just outside of Oxford, in 2001, and re-elected in 2005. He took on what The New Yorker termed a “Bertie Wooster” persona: a gaffe-prone, blundering, somewhat lovable upper-class twit, somebody who would trip over his own tongue one minute and his own feet the next. He hogged the spotlight: His larger-than-life appearance, his sometimes-outrageous personal behavior and his carefully honed exaggerations all became fodder for the British press. Within a few years, even though he was only a junior MP, he was one of the most recognizable politicians in the country.

In 2008, Johnson used all of this political capital to make a run for mayor of London. Once again, he reinvented himself to suit the needs of his moment. He promised not a rash of far-right Conservative policies, but a host of big, and sometimes quirky, infrastructure projects. He wanted a new airport on the Thames estuary, new bus systems for the city, rent-a-bike infrastructure, even, bizarrely, a ski-park, on artificial snow, in a shopping mall in East London. Few of his large projects ever came to fruition; many were outright disasters.

But Johnson didn’t just tout big-spending projects. He also marketed himself, to the sophisticated city’s electorate, as a moderate, an environmentalist, a supporter of diversity and LGBTQ rights. Despite having written homophobic criticisms of gay culture in the 1990s and early 2000s, by 2010 he was leading Pink Pride marches and supporting marriage equality.

Johnson, like Brexit itself, has become an avatar for those disaffected with the arc of history.

Friends and foes alike acknowledged that Johnson was entertaining: a blustering, somewhat hard-drinking character, riding around London on his bike, his mop of hair blowing in the wind, making huge speeches about the grandeur of the capital city, and larding his talk with historical references and Latin phrasing.

But underneath the charming veneer, Johnson was also ruthless. Within hours of taking office, he forced Ian Blair — the police commissioner for the capital, who was facing a series of investigations — to resign. It was an act that infuriated the British Home Office, which supposedly exercises control over senior policing appointments, but one that delighted the Conservative Party’s base, which had long agitated for new leadership of the Metropolitan police. And it was a harbinger of what would come after Johnson returned to Parliament, as MP for Uxbridge and Ruislip, in 2015 and spent the next four years stabbing allies in the back and clearing a path for his ultimate route to the premiership.

It was in those years that he began honing his hard-right credentials, and surrounding himself with a cast of characters who would, a few years later, prove to be central figures in the push to convince a majority of British voters to cast ballots in favor of leaving the EU. He allied himself with the ardent Brexiteer Jacob Rees-Mogg, and began making increasingly inflammatory speeches on immigration and cozying up to the neo-fascist firebrand Nigel Farage. He reshaped his economic policies to reflect a hard right, Thatcherite emphasis on cutting social spending and slashing top-rate taxes.

Now, Johnson is prime minister. He has pledged to take Britain out of the EU, with or without a deal, by October 31, and has even broached the notion of “proroguing” Parliament — refusing to let MPs sit to debate his strategy — as a way of ramming through Britain’s exit. He is hell-bent on closer relations, trade and otherwise, with Trump’s U.S. (even though at one point he slammed Trump for his “stupefying ignorance”) even if it means acquiescing to the president on such issues of sovereignty as who should sit as the U.K.’s ambassador in Washington. And he is fully committed to a tax-and-regulation-slashing domestic agenda.

Does Johnson believe any of this? It doesn’t really matter. He is a politician in keeping with the broader trends of our moment: opportunistic, vain, open to fueling nationalist sentiments to aid his political prospects, adept at manipulating discontent to break open a hidebound political system. 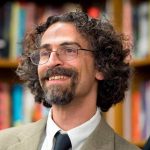 Sasha Abramsky is a freelance journalist and a part-time lecturer at the University of California at Davis. His work has appeared in numerous publications, including The Nation, The Atlantic Monthly, New York Magazine, The Village Voice and Rolling Stone. He also writes a weekly political column. Originally from England, with a bachelors in politics, philosophy and economics from Oxford University and a master’s degree from the Columbia University Graduate School of Journalism, he now lives in Sacramento, California, with his wife, daughter and son.

Sasha Abramsky is a freelance journalist and a part-time lecturer at the University of California at Davis. His work has appeared in numerous publications, including The Nation, The Atlantic Monthly, New York Magazine, The Village Voice and Rolling Stone. He also writes a weekly political column. Originally from England, with a bachelors in politics, philosophy and economics from Oxford University and a master’s degree from the Columbia University Graduate School of Journalism, he now lives in Sacramento, California, with his wife, daughter and son.