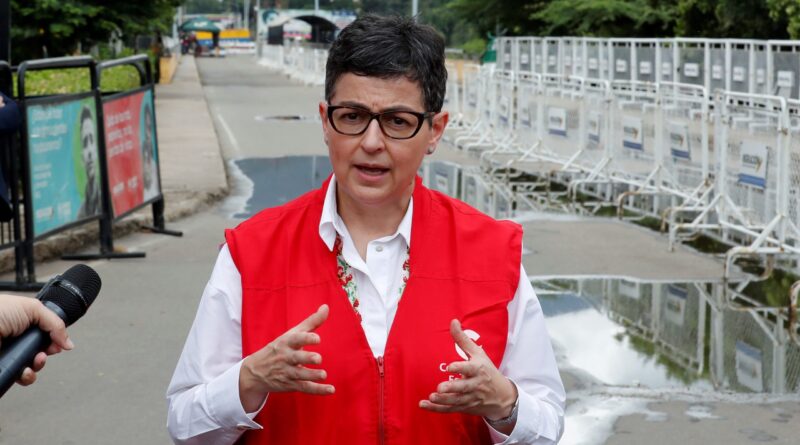 Following a trip to Colombia by Spain’s foreign minister last week, Spain donated €120 million to support the cause of Venezuelan migrants in Colombia, generating calls from Caracas to review relations with the European country.

Meanwhile James Story, a US official who serves as sui generis ambassador to Venezuela but works out of Bogotá, celebrated “the generosity of Spain” for the contribution.

The Washington agent claims that the €120 million from Spain will provide essential aid to Venezuelans. According to him, they flee Venezuela “to save their lives from the catastrophe,” without specifying that the main cause for the migration is the US economic blockade. In the past, member nations of the Lima Group invited Venezuelans to migrate to their countries, but now they’re expelling them.

The phenomenon of Venezuelan migration has been described by anti-Venezuelan mouthpieces as a large-scale humanitarian disaster for which—strangely—they allocate very modest amounts of money, if we take at face value their assertion that more than six million Venezuelans have departed.

James Story also expressed his pleasure at Spain’s donation of €6 million to “benefit children who are homeless.”

These figure lead to two possible conclusions: either Spain is very stingy, or the problem of children at the border is not so great after all.

At the same time, this permanent routine of promoting the issue of Venezuelan migration has become a profitable donation industry with opaque results.

Real Venezuelan migrants not receiving any benefit
Venezuelans leaving the country have not confirmed that they’ve received any benefits from this money, and those who have returned confirm that not even a small party bag reached them.

RELATED CONTENT: Jorge Rodríguez: It Would be an Honor if Borrell Sanctions all 277 Deputies (EU Neocolonial Wet Dreams)

From Caracas, Venezuelans denounced that Colombia has become a great “hammer” of money, one that extorts and blackmails in order to continue receiving resources, allegedly to serve people for whom they have no concern, and used instead to promote a political narrative against the government of President Nicolás Maduro while they pocket some international funds in the process.

Nor can it be ruled out that the Venezuelan migrant narrative is a façade to finance another large business: that of the conspiracy and coup plotting, which would certainly be buoyed with a donation of €120 million.

Testimonies from people involved in both operations confirmed the participation and complicity of the Colombian government.

Featured image: Spain’s minister for foreign affairs in Cucuta, near the border between Venezuela and Colombia, pledging solidarity with Venezuelan migrants while neglecting Africans dying in the Mediterranean sea due to the European Union’s racist migration policies. File photo courtesy of ABC.