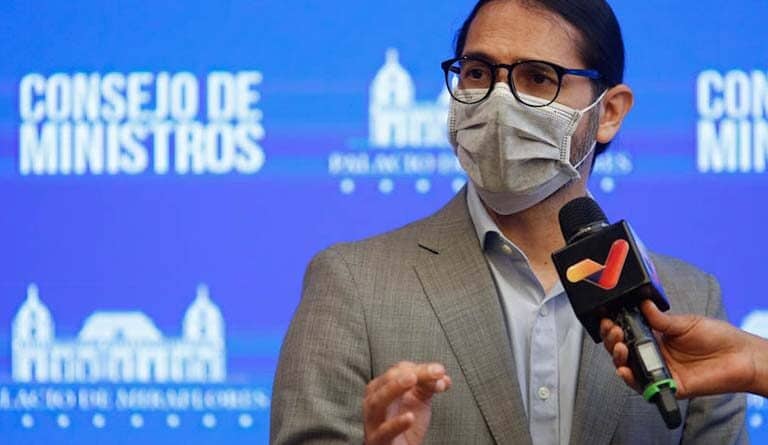 This Wednesday, October 27, Venezuela’s Minister for Information and Communication, Freddy Ñáñez, said that all state-owned public media in the country is at the disposal of over 70,000 candidates from the political parties participating in Venezuela’s upcoming mega-elections.

“We want to make public the invitation to all political organizations to reach out to public media,” stated Ñáñez. “They can count on us to carry out their campaigns.”

These statements were presented after the head of the communications portfolio held a working meeting with the president of the National Electoral Council (CNE), Pedro Calzadilla, to confirm the details of matters related to the official start of the electoral campaign on Thursday, October 28. The campaign period continues until November 18, and the regional and municipal elections are held on November 21.

Within this context, Náñez explained that from his office, a work team is being organized to supervise and ensure that all content shared through social media platforms conforms with the electoral body’s regulations. “From the public media system and the Ministry of Communication we ratify all the parameters issued by the CNE, to create a political environment of transparency, plurality, and truthfulness to meet the expectations of the Venezuelan people,” he said.

Finally, the minister urged private, community, and alternative media to assume the democratic challenge posed by the accommodation of over 70,000 candidates that will compete in the next elections. “Guaranteeing freedom of expression and thought is more than giving voice and visibility to the different proposals, speeches and options,” emphasized Ñáñez. “Rather, it has to do with truthfulness and the opportunity to have a real reach to the Venezuelan people.”

CNE and the media agree to make political organizations visible
Authorities of the National Electoral Council and representatives of the public and private media held a meeting on October 26 in which they agreed to make all the political actors participating in the electoral process widely visible. This commitment will be evidenced in the November 21 elections, state television network VTV reported.

“In this fruitful and beneficial meeting with representatives of the media, we have made an agreement to guarantee that the process that occurs from October 28 to November 18 is carried out in the most balanced way, making the broad spectrum [of candidates] visible,” said the highest authority of the electoral authority, Pedro Calzadilla, this Tuesday in a statement to the media.

He highlighted that some proposals were made that are expected to be executed as of October 28:

“We have proposed to the media that in their daily information schedule they include four organizations with political purposes and their alliances, and of those four, one of them be from a political party or political organization that does not have an informational guide presented by that news outlet,” he said.

He reiterated that the various electoral candidates and parties running in each jurisdiction “must be made known to citizens.”

The president of the CNE reminded the directors of TV stations, radio networks, and public and private printed media, of their inescapable shared responsibility to make the plurality of electoral offers reach the voters, with a view to a successful 2021 regional and municipal election process.

During the meeting, the highest electoral authority stated that, at this stage of the electoral schedule, the legal parameters on permitted electoral campaign actions have been established.