Venezuela’s National Electoral Council (CNE) has completed over 75% of the activities in its electoral schedule for the Regional Elections to be held on November 21, and currently a number of activities that are being carried out in parallel. This was reported by the principal rector of the electoral body, Tania D´Amelio.

During the TV show Aquí con Ernesto Villegas, hosted by the Minister for Culture, Ernesto Villegas, broadcast by Venezolana de Televisión (VTV), D’Amelio specified that the CNE is arranging a pilot plan, so that people with disabilities would be able to vote at voting desk number 1 of all polling centers in the country.

“At this moment there are approximately 447,000 voters who have been identified as people with disabilities, who will vote in voting desk number 1,” explained the rector. “I wish to emphasize this because it could happen that on the day of the elections there are people who were not identified [as in need of assistance].” 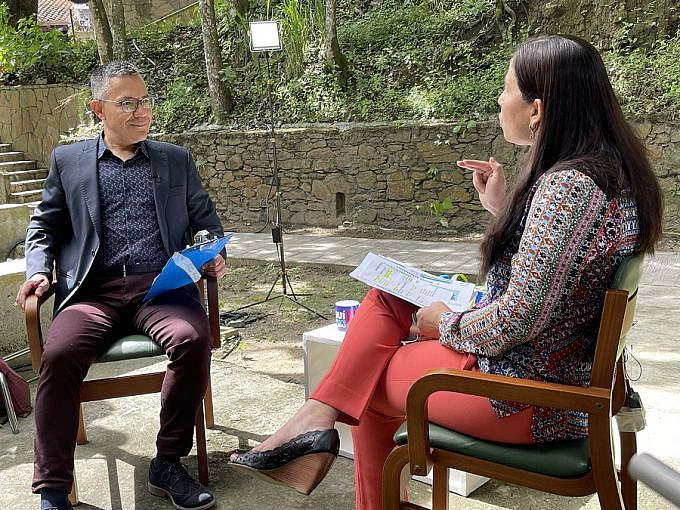 She pointed out that these people may not be in the updated registry, and therefore, they must fill out the form that will be made available for them to provide their data.

D´Amelio also informed that a regulation was approved on a change of denomination for foreign observers who accompany the electoral process, from “companions” to “international observers.” “The observers must also respect the sovereignty of the country, the agreements signed with the CNE and the constitutional principles.”

In this regard, the rector of the electoral body stressed that, in the Venezuelan electoral process, it is the voters registered in the electoral registry who validate the elections.

“Election Observation Missions will come to Venezuela within the framework of respect as they made it public,” stressed the CNE rector. “Respect for the administrative agreement, respect for Venezuelan sovereignty, the decisions of the CNE. Therefore, we believe that this Mission will be in line with that administrative agreement that was signed with the CNE,” she remarked, referring to the controversial statements by European Union High Representative Josep Borrell.

Tania D´Amelio emphasized that it was the electoral body that made the invitation to the international observers; they agreed to come to Venezuela and accompany the electoral process that will take place in the country on November 21.

“I have seen the interest of the voters to go to the process,” she pointed out. “We saw a little in the mock election, the turnout in each one of those centers… There was a desire to know and to see the electoral process, even to see the updating of the electoral registry.”