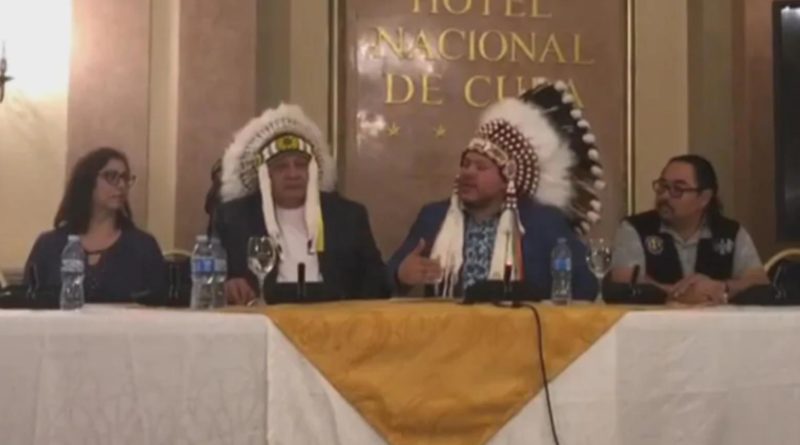 SCO leaders, health professionals were in Cuba this week to learn about their health-care system

A group of First Nations in Manitoba says the Cuban government has offered to provide health-care resources for communities in need.

Grand Chief Jerry Daniels of the Southern Chiefs Organization made the announcement at a media conference Friday in Havana, where a delegation of Manitoba First Nations leaders and health technicians have spent the past week discussing a potential partnership with the communist nation.

Cuba has a program where it will send a number of trained health professionals to work in other countries, according to Daniels.

“Our nations are in the middle of a health transformation process … however we all agree on one thing: we need way more health-care professional providers,” said Daniels.

RELATED CONTENT: Caricom Denounces Tightening of US Blockade of Cuba

Many people living in First Nations do not have the necessary resources available for good care, and the people that do may face discrimination and a lack of cultural understanding, he said.

Outside of the offered resources, no logistics appear to have been figured out, and there was no confirmation that an official agreement was reached.

Featured image: First Nations leaders from Manitoba were in Havana, Cuba, this week to discuss a possible health-care partnership with the communist country. (Submitted by Michelle Dubois)