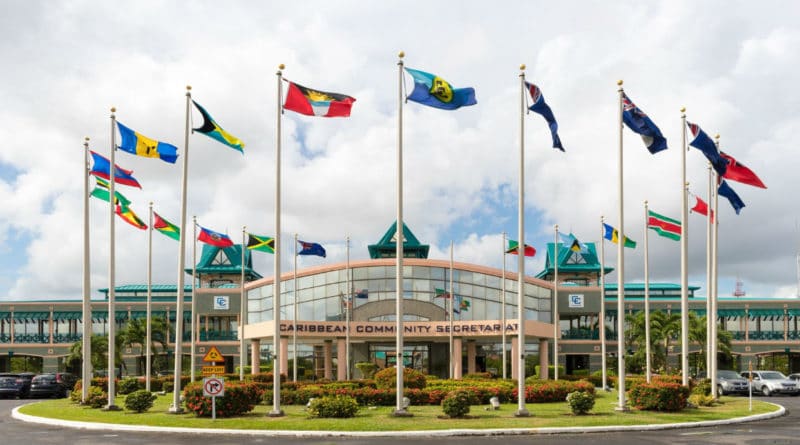 Government leaders of Caribbean Community member countries concluded the 31st Inter-session meeting yesterday, and reiterated their concern given the escalation of U.S. hostility toward Cuba.

Government leaders of Caribbean Community (Caricom) member countries concluded the 31st Inter-session meeting yesterday, and reiterated their concern given the U.S. government’s intensification of sanctions and activation of the Helms-Burton Act’s Title III, to tighten the economic, commercial and financial blockade of Cuba, and denounced as “unjustifiable the application of laws and measures of an extraterritorial nature contrary to international law”.

In addition to rejecting the escalation of U.S. aggression, the 15 heads of government present condemned the campaign against Cuban international medical cooperation, and recognized the benefits of such assistance over the years, which has helped to build health systems to benefit peoples. The group’s final declaration also rejected statements that, in providing assistance, Cuba engaged in a form of trafficking in persons.

Upon learning of this position, Cuban Foreign Minister Bruno Rodríguez Parrilla shared his gratitude on Twitter, on behalf of the Cuban people, for the support expressed by the Caribbean leaders.

The Caribbean Community (Caricom) outlined a regional integration agenda and measures to strengthen the organization, amidst continuing global challenges, during the closure of the 31st Inter-sessional meeting of heads of government, held in Barbados, February 18-19.

The Caribbean leaders exchanged views with representatives from the private sector and civil society in a discussion of public health in their countries; a regional strategy to address the Covid-19 virus; and the community bloc’s international relations as addressed by Canada’s Foreign Minister, Francois-Philippe Champagne, Prensa Latina reported.

Caricom Secretary General Irwin LaRocque noted that the debates were taking place in a context of uncertainty, given growing threats to multilateralism, and tensions resulting from unresolved conflicts. In this regard, he called on those present to work collectively to overcome obstacles, to secure and promote the community’s interests.