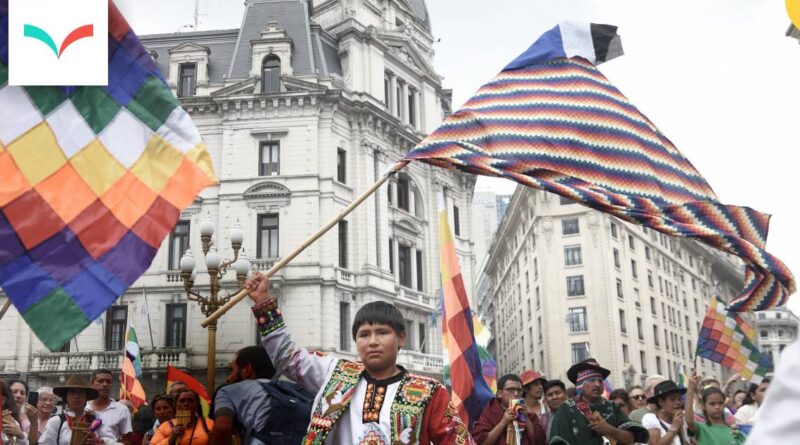 If Indigenous lives really mattered to the Trudeau Liberals, the Canadian government would not treat the most Indigenous country in the Americas the way it has.

Canada’s policy towards Bolivia is looking ever more undemocratic with each passing day. A general strike launched this week in the Andean nation is likely to further expose Canada’s backing of the alliance of economic elites, Christian extremists and security forces that deposed Bolivia’s first Indigenous president, Evo Morales.

Hours after Morales was ousted in November, Chrystia Freeland, Canada’s foreign affairs minister, released a statement noting, “Canada stands with Bolivia and the democratic will of its people. We note the resignation of President Morales and will continue to support Bolivia during this transition and the new elections.” Freeland’s statement had no hint of criticism of Morales’ ouster while leaders from Argentina to Cuba, Venezuela to Mexico, condemned Morales’ forced resignation.

The anti-democratic nature of Canada’s position has grown starker with time. Recently, Bolivia’s coup government postponed elections for a third time. After delaying elections initially set for January, the “interim” government has used the COVID-19 pandemic as an excuse to put off the poll until mid-October. However, the real reason for the latest postponement is that Morales’ long-time finance minister, Luis Arce, is set to win the presidency in the first round. Coup president Jeanine Áñez, who previously promised not to run, is polling at around 13 per cent and the main coup instigator, Luis Fernando Camacho, has even less popular support. To avoid an electoral drubbing, the coup government has sought to exclude Morales’ MAS party from the polls.

After ousting Morales the post-coup government immediately attacked Indigenous symbols and the army perpetrated a handful of massacres of anti-coup protesters. The unconstitutional “caretaker” regime shuttered multiple media outlets and returned the U.S. Agency for International Development (USAID) to the country, restarted diplomatic relations with Israel, and joined the anti-Venezuela Lima Group. It also expelled 700 Cuban doctors, which has contributed to a surge of deaths related to COVID-19. In a recent five-day period, Bolivia’s police reported collecting 420 bodies from streets, houses, and vehicles in La Paz and Santa Cruz.

The pretext for Morales’ overthrow was a claim that the October 20, 2019, presidential election was flawed. Few disputed that Morales won the first round of the poll, but some asserted that he did not reach the 10 per cent margin of victory, which was the threshold required to avoid a second-round runoff. The official result was 47.1 per cent for Morales and 36.5 per cent for U.S.-backed candidate Carlos Mesa.

Global Affairs Canada bolstered right-wing anti-Morales protests by echoing the Trump administration’s criticism of Morales’ first-round election victory. “It is not possible to accept the outcome under these circumstances,” said a Global Affairs statement on October 29. “We join our international partners in calling for a second round of elections to restore credibility in the electoral process.”

At the same time, Trudeau raised concerns about Bolivia’s election with other leaders. During a phone conversation with Chilean president Sebastián Piñera the prime minister criticized “election irregularities in Bolivia.” Ottawa also promoted and financed the Organization of American States (OAS) in its effort to discredit Bolivia’s presidential election.

After the October 20 presidential poll, the OAS immediately cried foul. The next day the organization released a statement expressing “its deep concern and surprise at the drastic and hard-to-explain change in the trend of the preliminary results [from the quick count] revealed after the closing of the polls.” Two days later they followed that statement up with a preliminary report that repeated their claim that “changes in the TREP [quick count] trend were hard to explain and did not match the other measurements available.”

But, the “hard-to-explain” changes cited by the OAS were entirely expected, as detailed in a report by Washington-based Center for Economic and Policy Research (CEPR) called “What Happened in Bolivia’s 2019 Vote Count? The Role of the OAS Electoral Observation Mission.” It pointed out that Morales’ percentage lead over the second-place candidate, Carlos Mesa, increased steadily as votes from rural, largely Indigenous areas were tabulated. Additionally, the 47.1 per cent of the vote Morales garnered aligned with pre-election polls and the vote score for his MAS party.

Subsequent investigations have corroborated CEPR’s initial analysis. A Washington Post commentary published by researchers at MIT’s Election Data and Science Lab was titled “Bolivia dismissed its October elections as fraudulent. Our research found no reason to suspect fraud.” More recently, the New York Times reported on a study by three other U.S. academics suggesting the OAS audit was faulty. The story noted that “a close look at Bolivian election data suggests an initial analysis by the OAS that raised questions of vote-rigging — and helped force out a president — was flawed.”

But statements from the OAS gave oxygen to opposition protests. Their unsubstantiated criticism of the election was also widely cited internationally to justify Morales’ ouster. In response to OAS claims, protests in Bolivia and Washington, and Ottawa’s assertion that it would not recognize Morales’s victory, the Bolivian president agreed to a “binding” OAS audit of the first round of the election. Unsurprisingly the preliminary audit report alleged “irregularities and manipulation” and called for new elections overseen by a new electoral commission. Immediately after the OAS released its preliminary audit, U.S. secretary of state Mike Pompeo went further, saying “all government officials and officials of any political organizations implicated in the flawed October 20 elections should step aside from the electoral process.” What started with an easy-to-explain discrepancy between the quick count and final results of the actual counting spiralled into the entire election is suspect and anyone associated with it must go.

At a Special Meeting of the OAS Permanent Council on Bolivia, the representative of Antigua and Barbuda criticized the opaque way in which the OAS electoral mission to Bolivia released its statements and reports. She pointed out how the organization made a series of agreements with the Bolivian government that were effectively jettisoned. A number of Latin American countries echoed this view. For his part, Morales said the OAS “is in the service of the North American empire.”

U.S. and Canadian representatives, on the other hand, applauded the OAS’ work in Bolivia. Canada’s representative to the OAS boasted that two Canadian technical advisers were part of the audit mission to Bolivia and that Canada financed the OAS effort that discredited the Andean country’s presidential election. Canada was the second-largest contributor to the OAS, which received half its budget from Washington. In a statement titled “Canada welcomes results of OAS electoral audit mission to Bolivia” Freeland noted, “Canada commends the invaluable work of the OAS audit mission in ensuring a fair and transparent process, which we supported financially and through our expertise.”

A general strike this week in Bolivia demanding elections take place as planned on September 6 will put Canadian policy to the test.

Feature image: Nov. 2019 protest in Argentina against the coup in Bolivia. Ousted from power, Evo Morales is now living in exile in Argentina. Photo: Santiago Sito