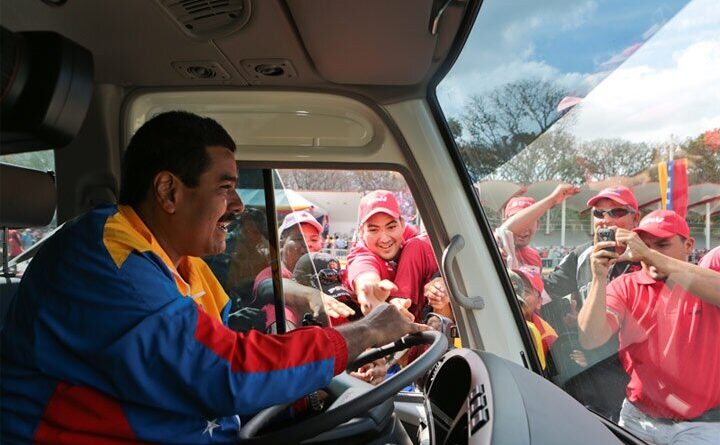 The Trump regime is being criticized today for failing at overthrowing the elected gov’t of Venezuela. ‘Hillary knew how to get a coup right’ is classic liberal imperialism, and the Canadian gov’t no doubt shares that frustration, as one of the chief architects of the failed coup.

Short story – it’s been a case study in diplomatic malpractice, and I want to tell you the quick story of how Trump’s bungling has empowered a brutal dictator.

Yes, Chrystia Freeland – whose long embrace of Ukrainian fascism was the subject of a recent post – and Justin Trudeau played a central role in assembling the Lima Group, a coalition of the most right-wing regimes in the Americas, to overthrow Nicolás Maduro.

This week we heard that the RCMP were investigating a “hate crime” in Oshawa after a statue was defaced. The statue in question was a monument to the Nazi SS Galicia Division. How did such a monument come to exist in the first place? (1) https://t.co/fPQu4W1oTp

The efforts seemed to culminate around the pronouncement by a wealthy, US-educated engineer named Juan Guaidó that he was the true President of Venezuela, despite his not being elected. The ludicrous charade failed, hence today’s critique of Trump. But Canada and Freeland was a key figure in this.

RELATED CONTENT: Chancelor Arreaza on the US Coup and Criminal Strategy: “Today the Hawks are on Their Way Out”

Let’s backtrack. When this story is told in mainstream North American media, it often assumes that Chávez and Maduro were/are “brutal dictators” who are responsible for a human rights disaster and that Venezuelans want to be rid of them. This is not accurate.

A short thread like this can’t capture the complexity of modern Venezuela, but we need to keep a few things clear. For one, Chávez didn’t create the revolution, the revolution created him. The masses rose up in the context of poverty, corruption and injustice, and built local power within their own barrios.

When Chávez was elected, he had to work with these local councils, which exercised considerable authority in their neighbourhoods. Thus emerged a new model of democracy in Venezuela which sought to balance between the national leadership and these local councils.

But Canada and the US worked tirelessly to undermine and defeat the revolution. In 2002, they worked with Venezuela’s right-wing opposition (who were allowed to operate freely and controlled 92 per cent of the media) to overthrow Chávez. They failed due to massive popular demonstrations.


Canada supported the attempted coup. It funded at least three of the organizations involved, including one headed by Maria Corina Machado, brought to Ottawa to speak to ministers in 2005. In 2006, Canada refused to acknowledge Chávez’s electoral victory, despite its being overseen by international organizations.

Chávez defeated several recalls and won four elections (deemed “the best in the world” by the Carter Center) often by a wide margin. Yet Canada consistently claimed he was a dictator. In 2010, Canadian minister Peter Kent went to Venezuela, refused to meet with govt officials, spoke only to the opposition.

RELATED CONTENT: Moncada: The US has No Moral Authority Over Venezuela’s Election

Ironically, Peter Kent noted that Chávez had suspended 6 radio stations, called this “evidence of shrinking democratic space.” The stations had regularly violated broadcast laws and Kent was speaking from Honduras, a dictatorship Canada supported, where journalists were routinely murdered.

The Canadian gov’t casually noted in 2007 that “Chávez failure would be a positive sign for Canadian interests,” transparently acknowledging that what was best for Canadian capital was to undermine the democratic will of Venezuelans. The lawsuits and pressure continued. 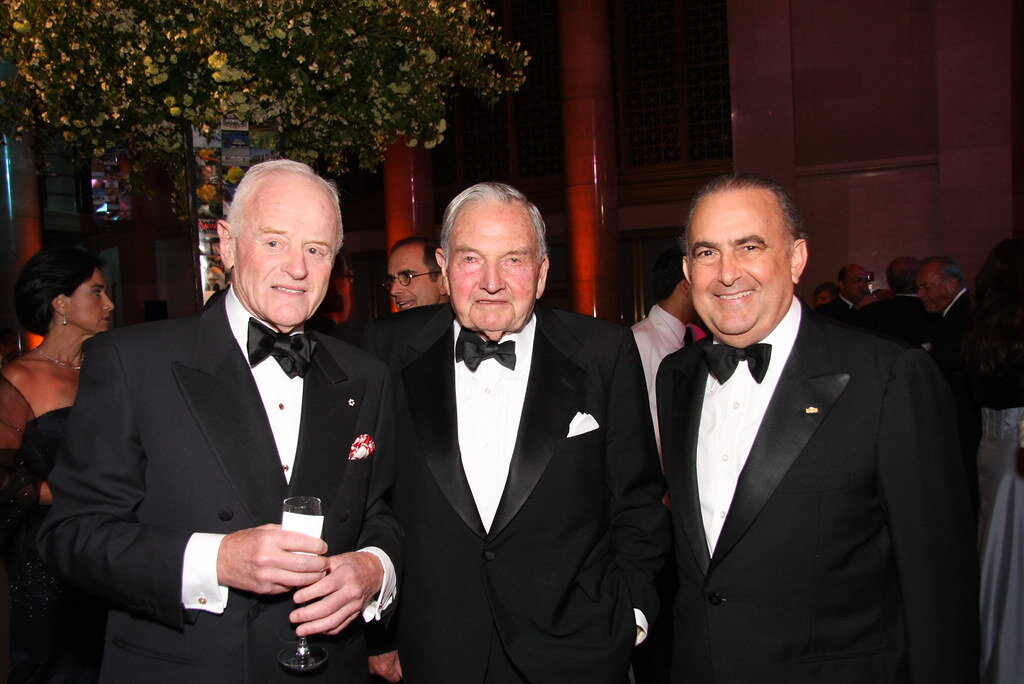 When Chávez died in 2013, Stephen Harper could not contain his glee, celebrating the dawn of a “better, brighter future” for Venezuela. He was heavily criticized by Venezuelans who were mourning a flawed but beloved figure who had done much to improve conditions and empower the poorest Venezuelans.

The west believed its own lies about Venezuela, assumed the revolution would crumble without its “dictator.” But Venezuela was no dictatorship, power was shared with 50,000 local councils. The next national election was won by former bus driver Nicolás Maduro, who promised to stay the course.

Canada joined the US the absurd claim that the election was tainted. No other countries would back this, given international recognition of Venezuela’s strong electoral process. But the North Americans used it to justify imposing a strangling set of economic sanctions on the country.

The effect of the sanctions was horrific, exacerbated by the crash in oil prices that had sustained much of Venezuela’s economy. The UN repeatedly called the sanctions “collective punishment” that was directly causing hunger and death. Canada was unmoved by the suffering of Venezuela’s poor.

Nevertheless, Canada used that suffering as evidence that Maduro should be overthrown. But no matter how much Obama, Harper, Trump and Trudeau punished poor people in Venezuela, they just would not do what the gringos wanted. Maduro remained popular.

Which brings us back to 2019, and the Lima Group set up to oversee the demise of Venezuelan democracy. The Lima Group brought together the most right-wing governments in the Americas, including the fascist Jair Bolsonaro govt in Brazil, and Canada-backed dictatorships in Colombia and Honduras.

Canada has spent at least $55 million in its efforts to have Juan Guaidó installed as president in a country that has not elected him. Granting official recognition to a rich guy no one likes was, as the news today highlighted, clumsy and misguided. As was the foolish attempt at a paramilitary invasion this May.

They failed because Venezuelans support the socialist project that they have been building for two decades. The dynamic between the masses and the presidency is complicated, it was under Chávez and it is with Maduro. There are criticisms from the left and the right within the Bolivarian movement.

But ultimately this was and is a revolution that sought to put more power in the hands of the poorest people, so that communities could protect themselves against gang violence, provide clean, accessible water, ensure that everyone eats, and build institutions of care and support. This is why no one flocks to Guaidó.

Canada’s cynicism in invoking human rights in Venezuela is laid bare by its support for neighbouring Colombia, where it is public record that millions of people were killed and displaced, especially during the Uribe govt, but even to this day. Canada is quiet, because Canadian mining companies benefit.

And Canada’s claim to respect democracy and the rule of law is nonsensical given the key role it has played in coup d’états in Haiti (2004), Honduras (2009), Brazil (2016), Bolivia (2019) and countless others. So why does Canada care about Venezuela?

Canada’s position on Venezuela reflects its founding principles. It serves its ruling class interests in destroying/demoralizing any alternative to unfettered capitalist exploitation. And it stays true to its colonial roots in insisting that Canada knows better than Venezuelans what Venezuela needs.

As always, greater context and detail provided in the book. Available in paperback or electronic format.